John was a latecomer to the Football League when he signed for Crystal Palace as a 23-year-old in August 1965. He had previously played for his home town club in Newtown, Mid Wales.   He was to make just one league outing for Palace, before moving to Exeter City on a free transfer in June 1966.

He had to wait for his debut against Rochdale in November 1966, taking the place of keeper Ken Jones, but from then on he became the regular choice.   John was an ever present for the Grecians in 1967-68, making 75 appearances in total. 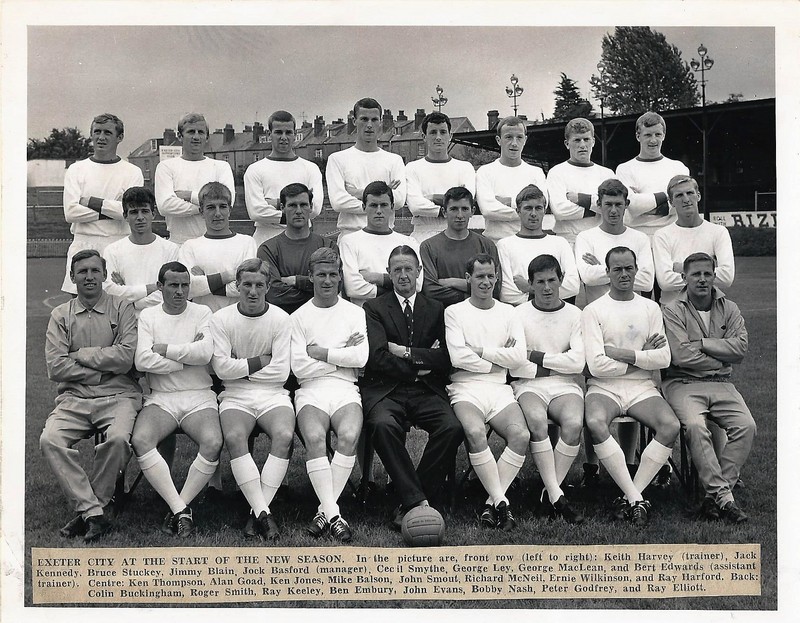 He was an excellent young keeper, despite that, in a time of change at Exeter, John was released on a free transfer and he returned to play for Newtown, later becoming their player-coach.

Exeter City's thoughts are with John's family and friends.