Exeter City’s match against Mansfield Town on Saturday, March 30, is our club’s designated One Game, One Community match.

To mark the day, the club will be celebrating the positive impact women and girls have on football at our club by hosting a day dedicated to them.

Friends Lisa Court and Emma Tanner have been a City fans since the early 1990s. Read about their experiences following the Grecians below:

My first Exeter City game was a pre-season friendly against Sheffield Wednesday in the early nineties. I went with a friend from work (also female) and have been hooked ever since. From then on, I stood in the Cowshed most Saturdays watching them until it became seats.

Once my son turned seven, I took him along to his first match.  I remember mums in the playground saying, ‘you go to football, not your husband?’.  He also gets asked why he doesn’t go, he normally replies, ‘it’s my wife’s thing’.

I have made lots of friends through both watching and volunteering at Exeter City. I have travelled independently to away games with my son and if I am unsure where a ground maybe, there is always a fellow Grecian around who will direct us.

I have never felt unsafe and it really feels like a family watching city games.

Thirty-seven, single female, goes to football games on her own... sounds like a bad lonely hearts advert right? But that’s me!

It started with our dad bringing us to games when we were kids. I still remember my first time at St James Park, it was love at first sight and going to watch City play still, to this day, remains my favourite thing to do.

My career took me to live away from Devon for a number of years and unfortunately I couldn’t always find people who shared my passion for lower league football. It never deterred me from going to watch City play though. I’ve been to countless away games on my own. I don’t think anyone (male or female) should feel reluctant about going to a football game by themselves. Football fans are sociable people and nine times out of 10 you’ll spark up a conversation with someone. Everyone there has the same agenda, to support the City, so you are never truly alone.

Living back in Exeter, it’s great to be able to go to games with my brother more regularly again. However, as people get older, work and family commitments mean we can’t always rely on our nearest and dearest to attend every match with us. I met my friend Lisa and her family a couple of seasons ago while attending a home game on my own.

Bonding over our mutual appreciation of Troy Brown, I now can’t imagine standing on the Big Bank without them. We volunteer for the Trust when we can, scraping chewing gum off the underneath of the Big Bank rails one summer remains a highlight, of sorts! 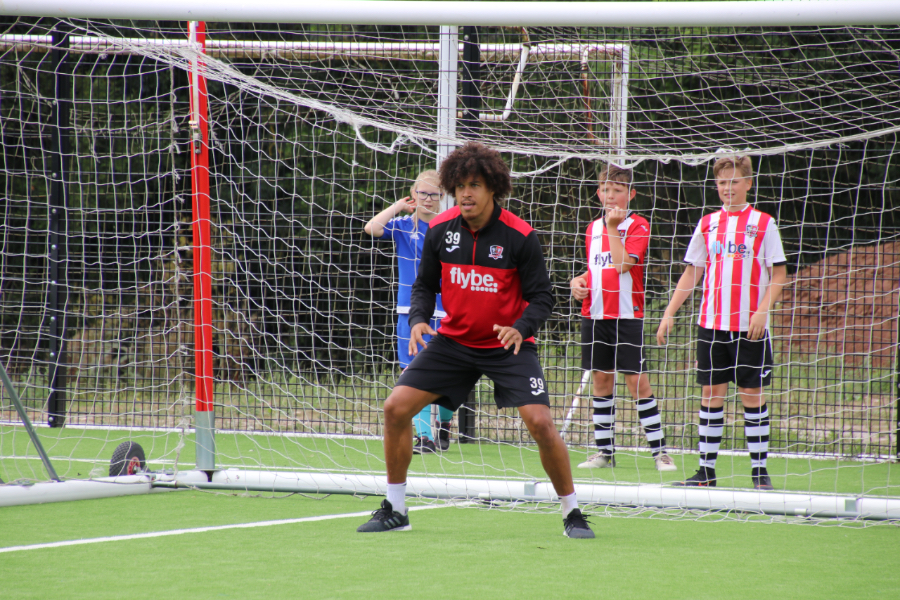 Volunteering for the club is a great way to meet fellow fans and feel a small part of the community which makes our club so special.