New signing Tom Parkes says the chance to join Exeter City and battle for promotion from Sky Bet League Two was an exciting opportunity he just had to accept.

The central defender, who was previously at Carlisle United, joins the Grecians having had two promotions under his belt with Bristol Rovers as well as spells playing for Leyton Orient, Burton Albion and Yeovil Town.

He described himself as an aggressive centre-half who likes to play football and says he can’t wait to get started.

“I am happy to be here,” said the 27-year-old former England under-17 international.

“I got a phone call from my agent saying that Exeter were interested in signing me and I came down last week and had a look at the training facilities and everything and I was very pleased with everything that was going on down here. I didn’t think there was any problems for me not to sign here.

“It is exciting that you have got a club that is always pushing to try and get promotion. I have had two promotions when I was at Bristol and hopefully I can get another one at this club.”

Tom also adds that joining a club that has a defender like Matt Taylor in charge was another big plus, as were the facilities and City’s style of play.

“It is a good footballing team and there are a lot of good young players coming through the club,” said Tom. “It is also a massive persuasion, with how good the manager was as a player and hopefully I can come here, learn from him and become a better player.”

“The facilities are really good as well,” he added. “As you can see the training facilities are fantastic and I have played at the stadium a few times now and it is a great pitch and, every time I have been down here, the fans have been great as well.” 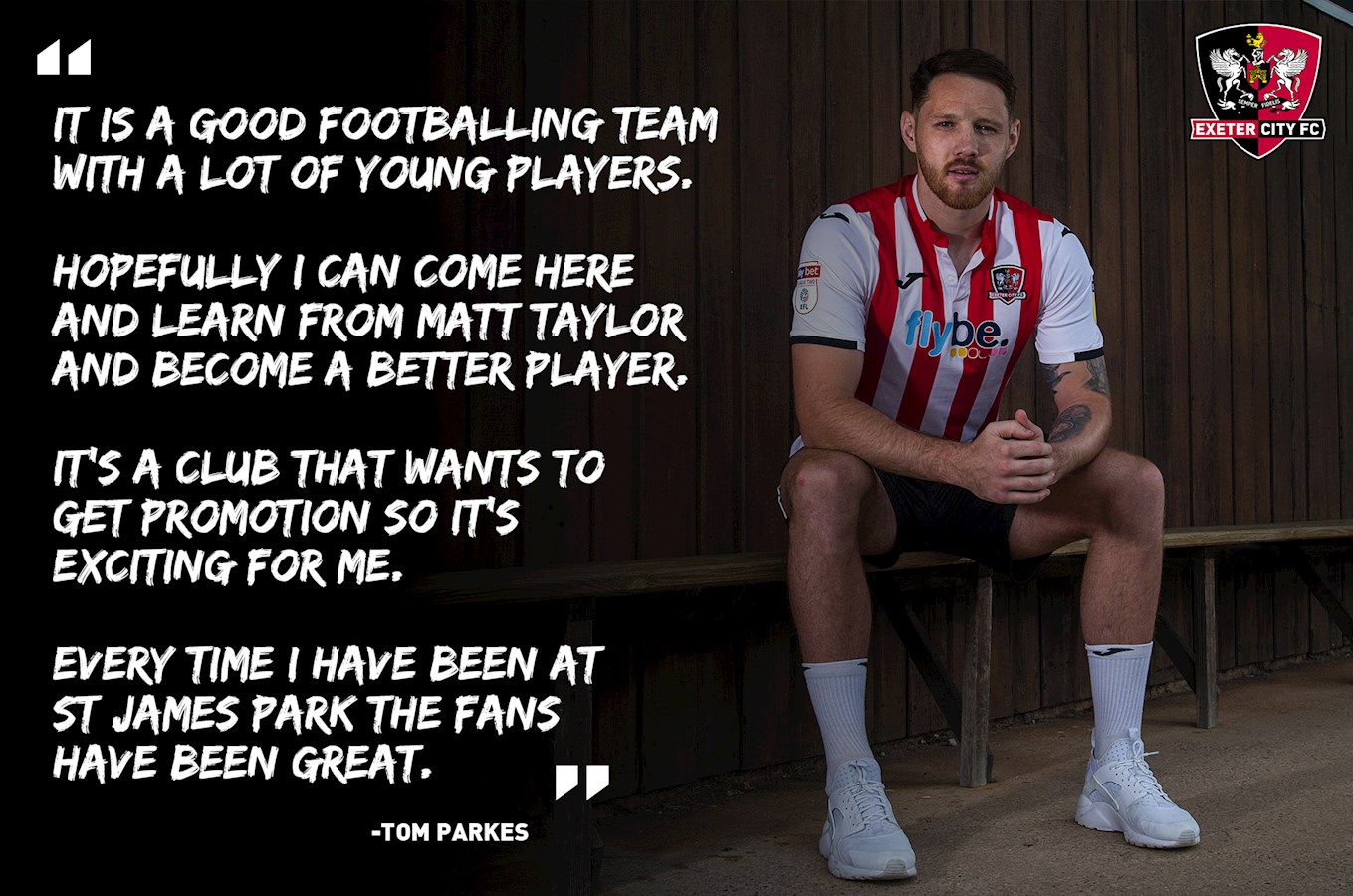 In other news, Exeter City can confirm that Hiram Boateng will be leaving St James Park after turning down a new contract, of a higher value than any previously offered by the club.

At 23 years old, Hiram’s contract came to an end this season, freeing him to pursue a future with other clubs. He has today completed a transfer to MK Dons. Exeter City will now seek maximum compensation from MK Dons either by agreement direct with MK Dons or via a PFCC tribunal.

Chairman Julian Tagg, said: “Hiram is a fantastic person and player who has excelled during his time at Exeter City, we thank him for his commitment to the club over his time with us and wish him well for the future.”