Paul secured his nomination for his inspiring work with Dawlish Lions under-13s. After their previous coach walked away the team was on the verge of folding, but Paul stepped up to the task to keep the team alive. Under his leadership he brought the team together and led them to a run of 11 games unbeaten.

One of the nominations summed it up perfectly: 'a football team saved through the selflessness of one dad'.

Paul was invited to Saturday's match against Cheltenham Town, where he received his prize of match tickets and flight vouchers courtesy of Flybe. 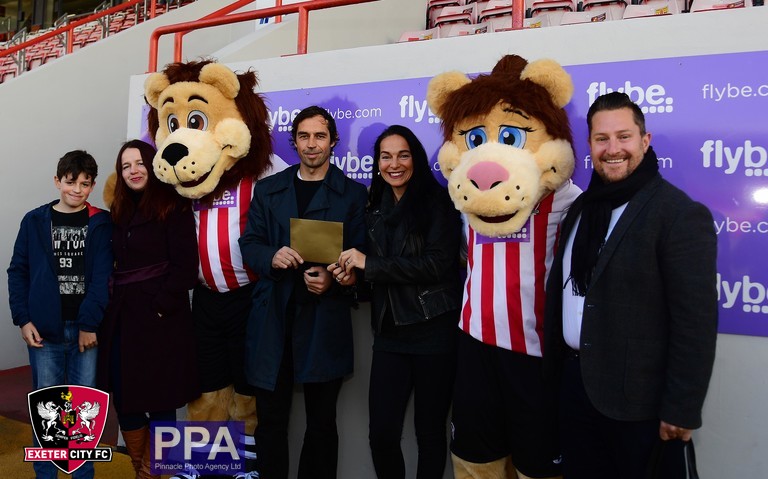 Speaking about being nominated, Paul said: "I'm really proud to be nominated by the parents of my team, it's nice to get some recognition for all the cold mornings putting goal nets up. It's an amazing scheme for the local sports community by Exeter City and Flybe, really pleased just to have been nominated."

First launched last season, the Flybe Community Champion Award celebrates the football heroes who often go unrecognised but give up their time and energy to keep football going in communities across Devon. Whether a coach, organiser, fundraiser or one of the countless volunteers who work tirelessly behind the scenes, Exeter City and Flybe want to hear about them and recognise them.

There will be two more opportunities to nominate your Community Champion this season before they go head to head in a public vote in April so keep an eye on our social media channels for the next round!