City will be looking to build on last weekend's point against sixth-placed Cheltenham Town and will have eyes on moving further up the table.

Ahead of the match Manager Matt Taylor said he is looking forward to what should be a fine match-up between Exeter City and Crawley Town this Saturday.

"Crawley is the next game and we have to play like ourselves and put in a performance which says that we are there to win the game, there to compete, and there to withstand any challenges. It is one I am looking forward to."

The Grecians come into the match fifth in EFL Sky Bet League Two having picked up 30 points from their first eighteen matches of the season. City sit three points behind current league-leaders Swindon Town.

As for Crawley, they sit in sixteenth place having picked up 21 points from their first eighteen matches. Last time out they were made to settle for a point against Morecambe at home in a 1-1 draw with Morecambe.

Last time out, City fell to a 3-1 defeat to Crawley Town at St James Park. Two goals from Reece Grego-Cox and a first half finish from Filipe Morais did the damage for the away side with Ryan Bowman netting City’s only goal as they looked for a way back into the match.

The last match at the People's Pension Stadium saw City stretch their unbeaten run to 11 games in all competitions as they put in a high-energy, battling display at Crawley Town to take a point.

Built in 1997, the stadium owned by Crawley Borough Council, has a capacity of 6,134. It is multi-purpose stadium, but mostly used for football matches. It was renamed the People’s Pension Stadium, from the Checkatrade.com Stadium, in 2018 for sponsorship reasons. 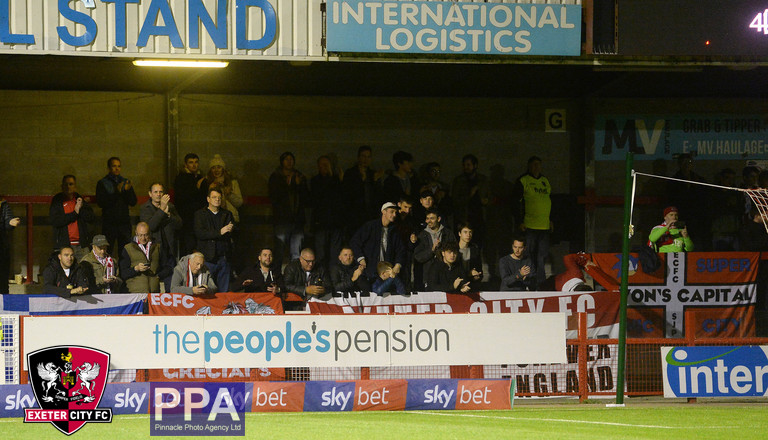 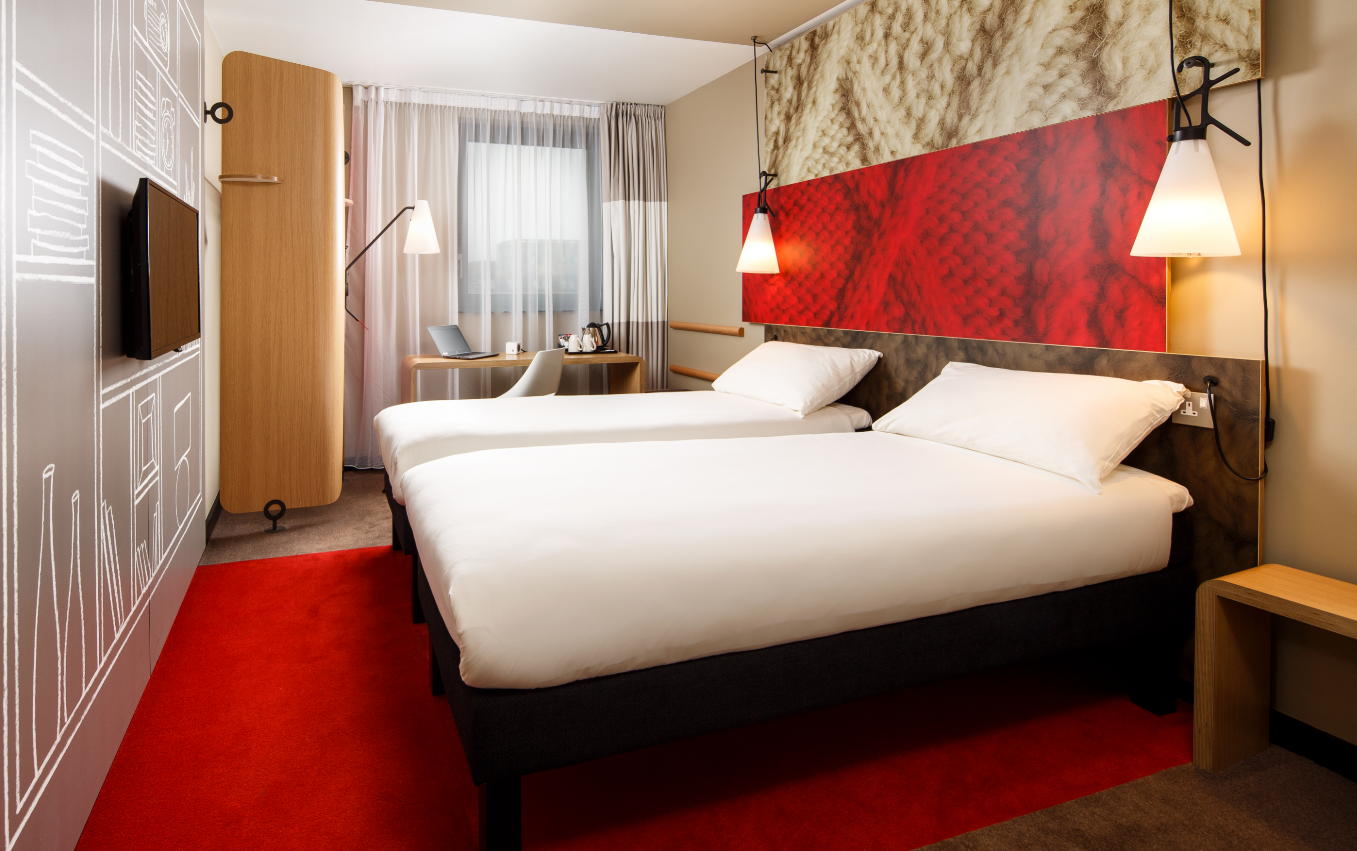 Grecian Travel is on sale for City's trip to face Crawley Town on Saturday, November 23.

Having travelled on the M5, M4 and M25 to get to the M23, you exit the M23 at the Pease Pottage, junction 11. Take the third exit (see brown sign for Stadium) and the ground is on your left at the bottom of Brighton Road, approximately two minutes from the M23 junction.

There is no parking available at the stadium. There are free parking options close to the stadium. As you come towards the stadium off the A23 look out for Broadfield Park on your left. There is free parking here in the William Reed Car Park. Look out for this sign just after the pedestrian crossing.

Once at Crawley you can take a taxi from just outside the train station or cross the road to the bus station where the Fastway 10 will take you to the stadium.

The walk from the train station to the stadium takes about 25 minutes. Turn left out of the out of the stadium onto staion way and then left onto Brighton Road. Follow this although way until you get to Southgate Avenue where you turn left again towards the roundabout where the stadium is situated.

Click here to read a fans’ guide to visiting the The People’s Pension Stadium.

The total distance between the stadiums, is 188-miles and it would take around three-hours-and-three-quarters to drive. 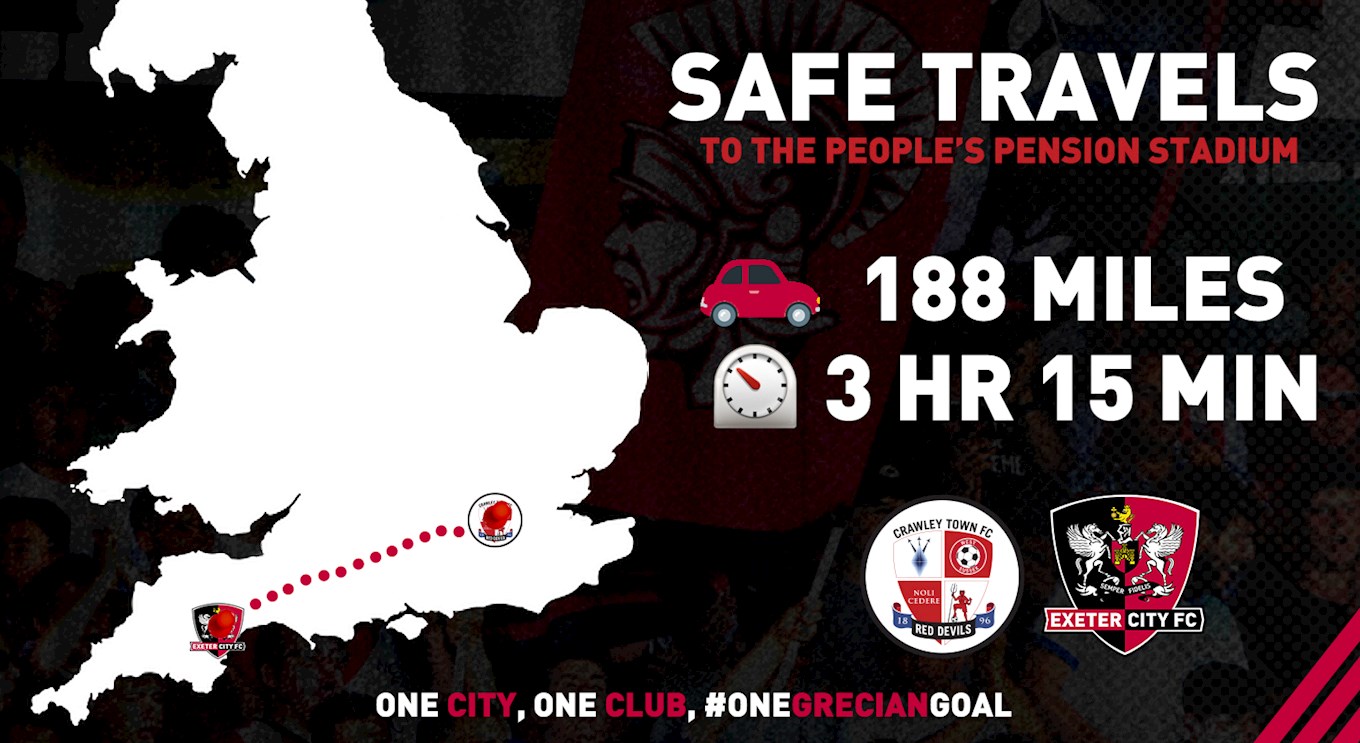