Exeter City's young STARS are certainly doing their best to highlight the Academy.

The last month has seen many successful appearances in the first-team, a first for Archie as Captain against Cambridge United in the FA CUp and top of the table performances in both the Leasing.com Trophy and the under-23 Premier League Cup.

You too are responding magnificently, once again huge thanks to everyone who continues to support STARS, with a special mention for our first Commercial STARS sponsor, Bridge Motorcycles.

Together, your donations have now increased our running total to an amazing £7000, thank you for your support!

Jackie won a copy of 'The Land of Grecian Glory' the recent book celebrating 125 years of football at St James Park. David won tickets for City's match against Cheltenham Town, but generously donated them to others and Andrew is looking forward to hospitality at City's mathch against Hartlepool United on Sunday.

Andrew explains why he has supported STARS: "When I moved to Devon in 2008 I needed my fix of regular football and Exeter was a natural choice due to its reputation as a Community Club with the  development of local talent at its heart.

"For me it's a no brainer, if you want your Club to survive amd thrive in our challenging football climate then you need to develop from within amd STARS is a great way to support this.

"I would urge all supporters to be part of this exciting programme. You may be a winner in the next draw and if not then you will still have done a great thing for Exeter City FC." 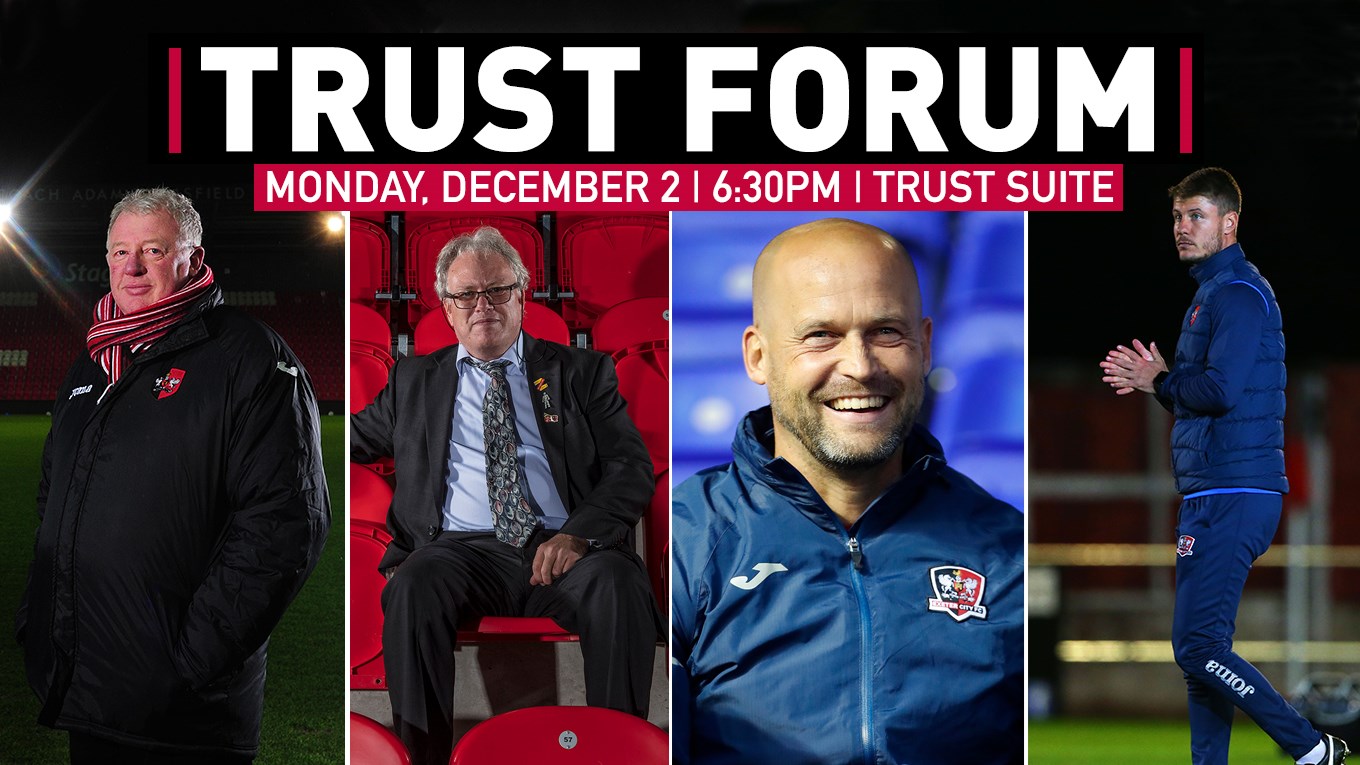 The next Trust Forum takes place on Monday, December 2 at St James Park. The guests will be Julian Tagg, Nick Hawker, Kevin Nicholson and Chad Gribble.

There will be a raffle in aid of STARS on the night, which starts at 6.30pm in the Supporters' Trust Suite.

There are only a few places left at the STARS dinner on January 28. Tickets are just £15 in the Heritage Suite and include a two-course meal.

You can book your place by contacting Elaine Davis by email at:eadavis5@hotmail.com

Can STARS reach £8000 by Christmas? All donations are greatfully recieved! 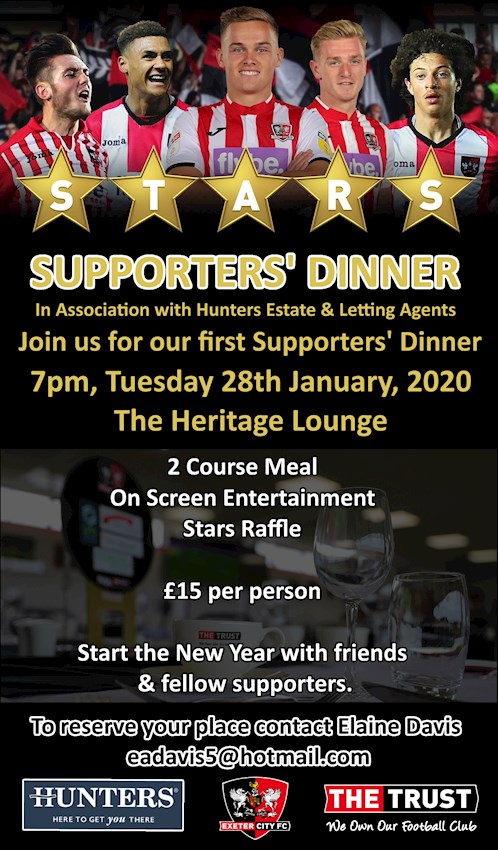