The final of the latest version of the Ultimate ECFC quiz saw the H Block team take their fourth title in the 15 year history of the quiz.

Established as a fundraiser to help the club when we were striving to raise funds for the very survival of the club, its uniqueness has seen it past the test of time. Played over three nights the league format is as popular as ever and saw close competition right across the board on the final night, when the prizes were up for grabs. 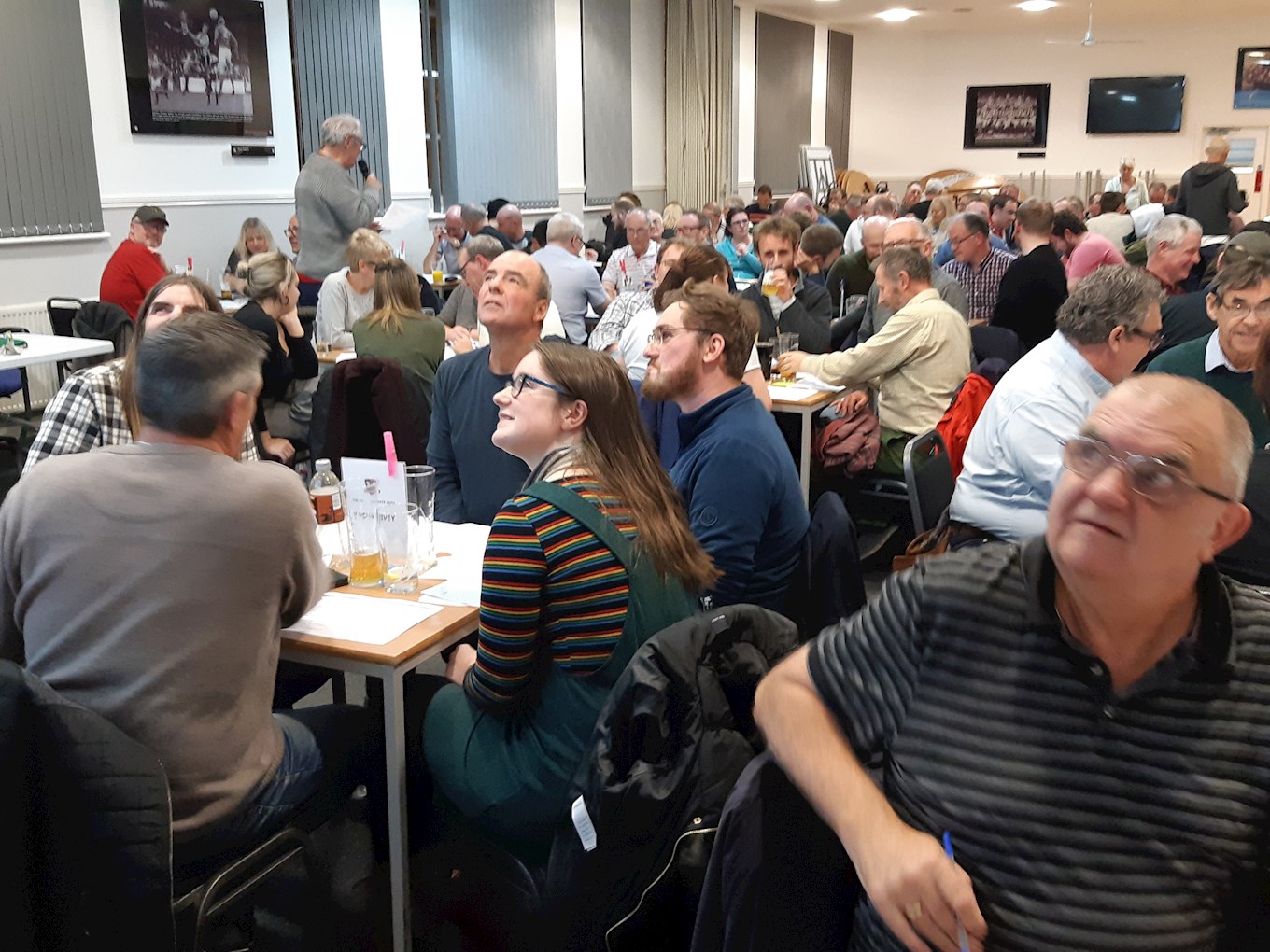 H Block (pictured) took the main prize of a trip to the cricket to watch Somerset play from the comfort of the St Austell Brewery Executive Box plus a pack of Tribute, their best selling ale.

Suedeheads, No Mike Mob and Quizldale also won their pools and took home prizes from Lloyd’s Kitchen, the immensely popular local restaurant in the city, and St Austell Brewery.

We’re grateful to St Austell Brewery and Lloyd’s Kitchen for making sure winners are rewarded with such decent prizes, which contribute to making the quiz a top event.

As ever, quizmaster Norman Warne and his team, brewed up another superb test of everyone’s brains and the teams responded in fine fashion.

Putting together the quiz is no easy business and we are incredibly indebted to Norman and the team for volunteering their time and effort over so many years to continually create an event which gives those associated with the club so much fun even though it may not feel like it when you get wrong a question you should definitely know (can you remember the sequence of shops in High Street despite walking past them every day?!).

So thanks to everyone and well done to H Block. Will they do it next time?