Ryan Bowman says the Exeter City players will be full of confidence when they travel to Valley Parade on Saturday to take on Bradford City.

The Grecians won 4-0 in their last match at home to Plymouth Argyle and, on the back of back-to-back away defeats before that, Ryan said it was a much-needed victory.

“We take a lot of confidence from that game,” he said. “We weren’t going into the game on good form, off the back of two disappointing results.

“We knew that, but we put it right on Saturday. We played them off the park from start to finish, they couldn’t live with us, and we will take that into Saturday. We know it is going to be an even bigger game on Saturday. There will be double the fans there, but we have got to create our own atmosphere on the pitch.”

Ryan has not played at Bradford City’s ground before, but says he is looking forward to the challenge.

“The boys are looking forward to it,” he said. “It is a massive club and it was not too long ago that they were in the Premier League.

“However, we don’t want to concentrate too much on them, we know they have hit a little good run of form but they got beat at home to Port Vale last time out and we come into the game of the back of a really good result against Plymouth, so we will go into the game with high hopes.

“We want to try and silence that crowd as early as possible, which will be a good thing for us. However, as I said, we have got to go an create our own atmosphere out on the pitch. We have got to do the basics right, first and foremost and the rest will follow.” 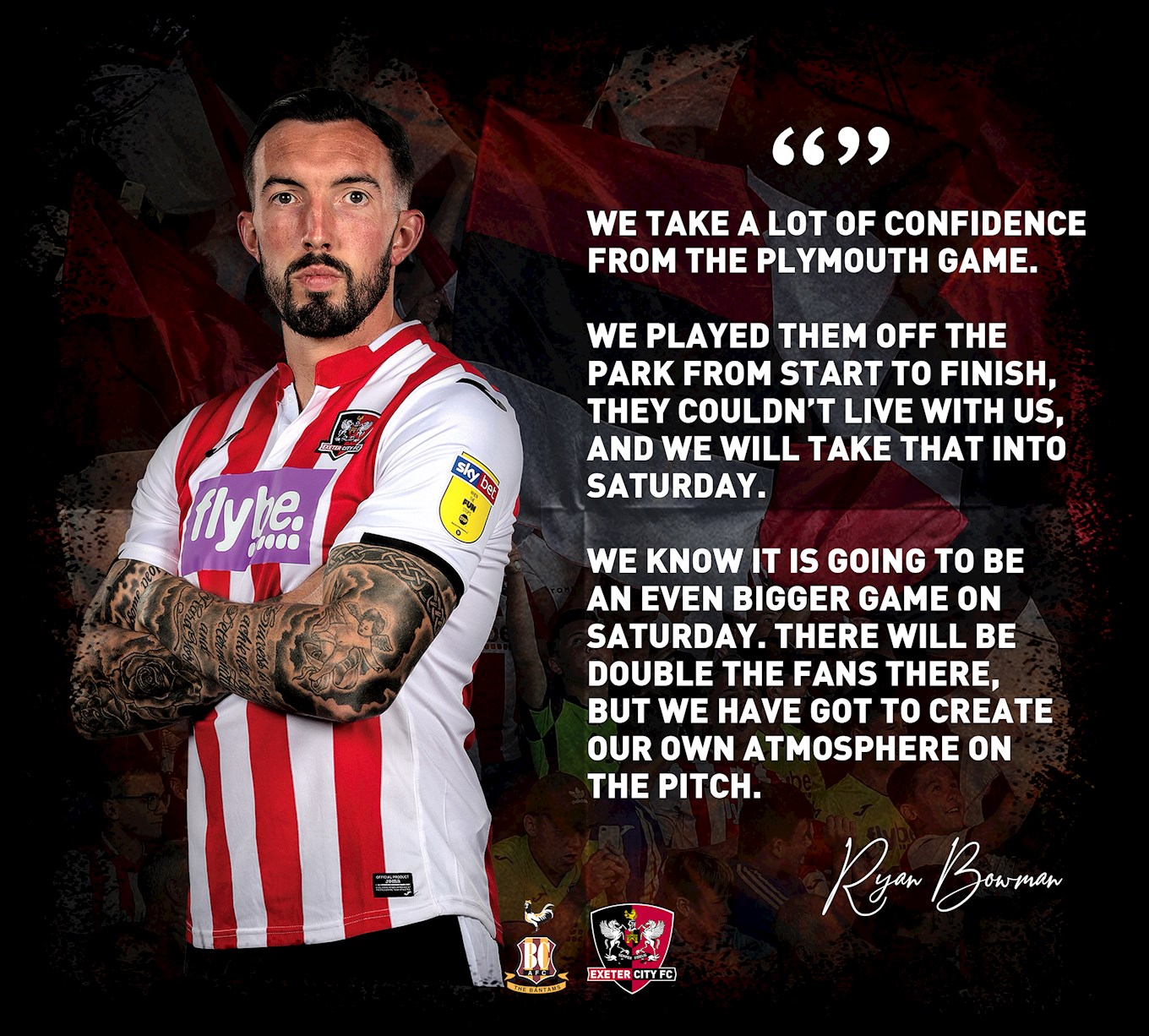 Ryan says it is a joy to play in the same team as Law.

Randell Williams is another player that has hit the headlines recently as well. On the back of his assist on Saturday he has now set up more goals than any other League Two player and is second in the top four divisions of English football to Kevin de Bruyne.

“That is not the first time I have heard that stat and it has mostly come from him himself,” laughed Ryan. “He didn’t have an assist before Saturday for two or three games and he was going on and on ‘put one away for me, put one away for me’. However, to play in a team with someone like that out wide gives you so much confidence. You know what you are going to get from him. He has now got seven assists and a goal, which is well deserved.”