We take a look at some classic moments of recent times between the two sides at St James Park...

Ollie Watkins had been in rich goalscoring form going into the Devon derby on April 2 last season, netting four goals in six games. However, he saved his best goal of the season for Argyle, picking up a pass forward from David Noble and producing and neat flick and stepover to beat two opposing defenders before firing a shot into the top right hand corner of the goal in front of the Big Bank.

The strike came in the 93rd minute of the match to win the match and keep alive City's chance of reaching the play-offs, while also denting Plymouth's automatic promotion hopes.

The Grecians, who just shaded the number of attempts in a competitive Devon derby, went ahead on 56 minutes as Aaron Davies broke free to rifle a shot past Luke McCormick in goal.

But the away side equalised 13 minutes later after being awarded a dubious free-kick. Luke Young stepped up to curl right footed into the far corner of Artur Krysiak’s goal putting the Pilgrims level.

Both sides continued to create good chances in a pulsating match, but City were finishing the brighter and went ahead through a sensational curled effort from Alan Gow from just inside the 18-yard box on 83 minutes.

With the Pilgrims pushing desperately for an equaliser, the Grecians then confirmed their victory and broke down the right hand side. The ball found its way to Bennet centrally in the area, who turned well, to fire left footed beyond McCormick.

After the game Paul Tisdale praised his players after they went third in League Two.

Tis said: “I’m very proud of the players and very pleased with the win - it was a really good game. As for the free-kick (for Plymouth’s goal), I’m not going to complain. I can see why he gave it and it was a brilliant free kick.

December 2012 saw Exeter City draw 1-1 against Plymouth Argyle with Liam Sercombe netting for the Grecians, before the Pilgrims levelled in the second half.

A rainy St James Park saw City dominate the first period, with Alan Gow impressing after he set up Jamie Cureton for a good opportunity, but the striker was crowded out before he could pull the trigger.

City then made their dominant possession pay in the 34th minute when Danny Coles released the ball wide right to Liam Sercombe, who cut in to fire into the far corner. 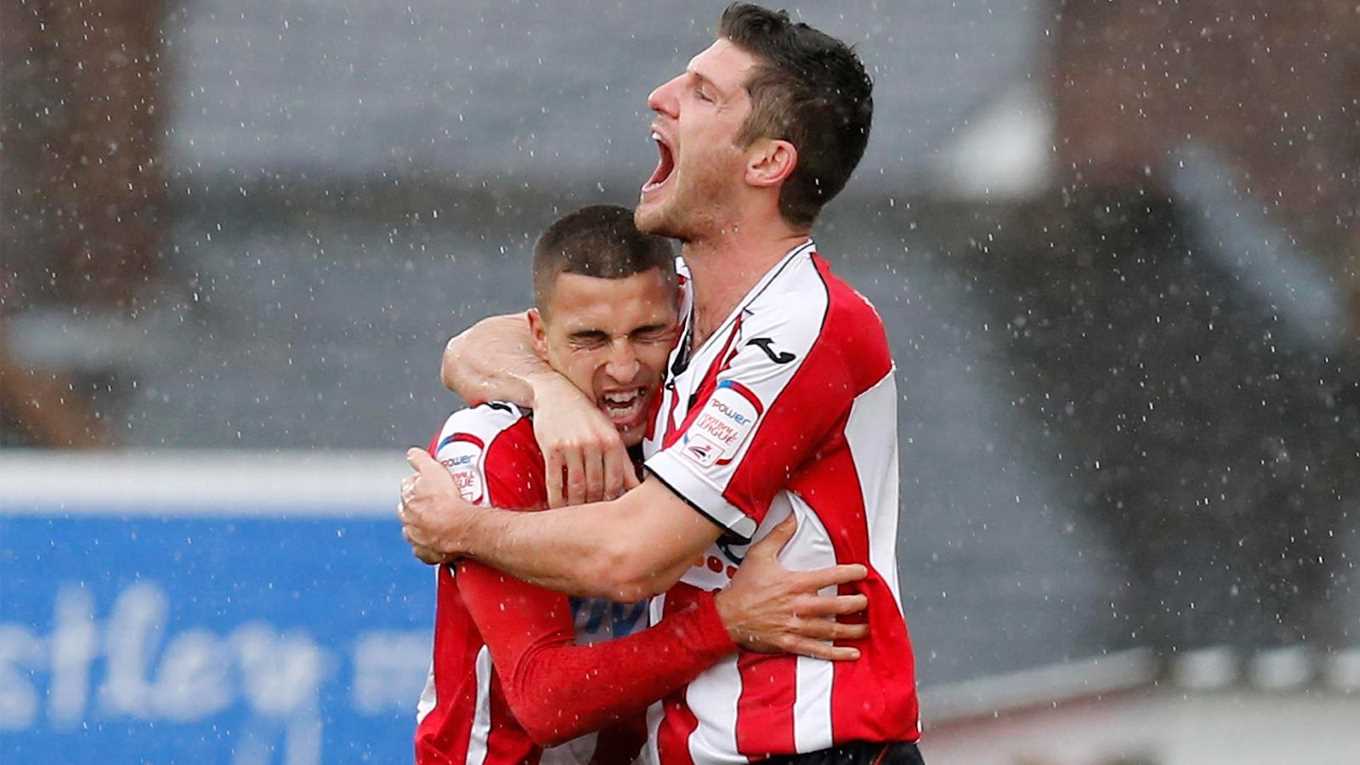 The Grecians then went close to doubling their lead just minutes later from a Gow free-kick, which just squirmed over Scot Bennett's head at the far post.

The away side began to gain a foothold in the game in the second half, with a combination of Artur Krysiak and the goalpost keeping City’s lead intact.

But in the 73rd minute Onismor Bhasera did well to find Joe Lennox, who skipped past two challenges on the right flank and shot left footed beyond Krysiak via a deflection to put the away side level.

The Pilgrims were then reduced to 10 men late on after Maxime Blanchard was given his marching orders for a late tackle on John O’Flynn.

April 2011 saw Exeter City close in on their highest league finish for 30 years as James Dunne scored the only goal of the game to beat Plymouth Argyle 1-0 in the Devon derby.

It was a usually tight affair at St James Park between the two clubs, and it needed something special for either team to walk away as victors. 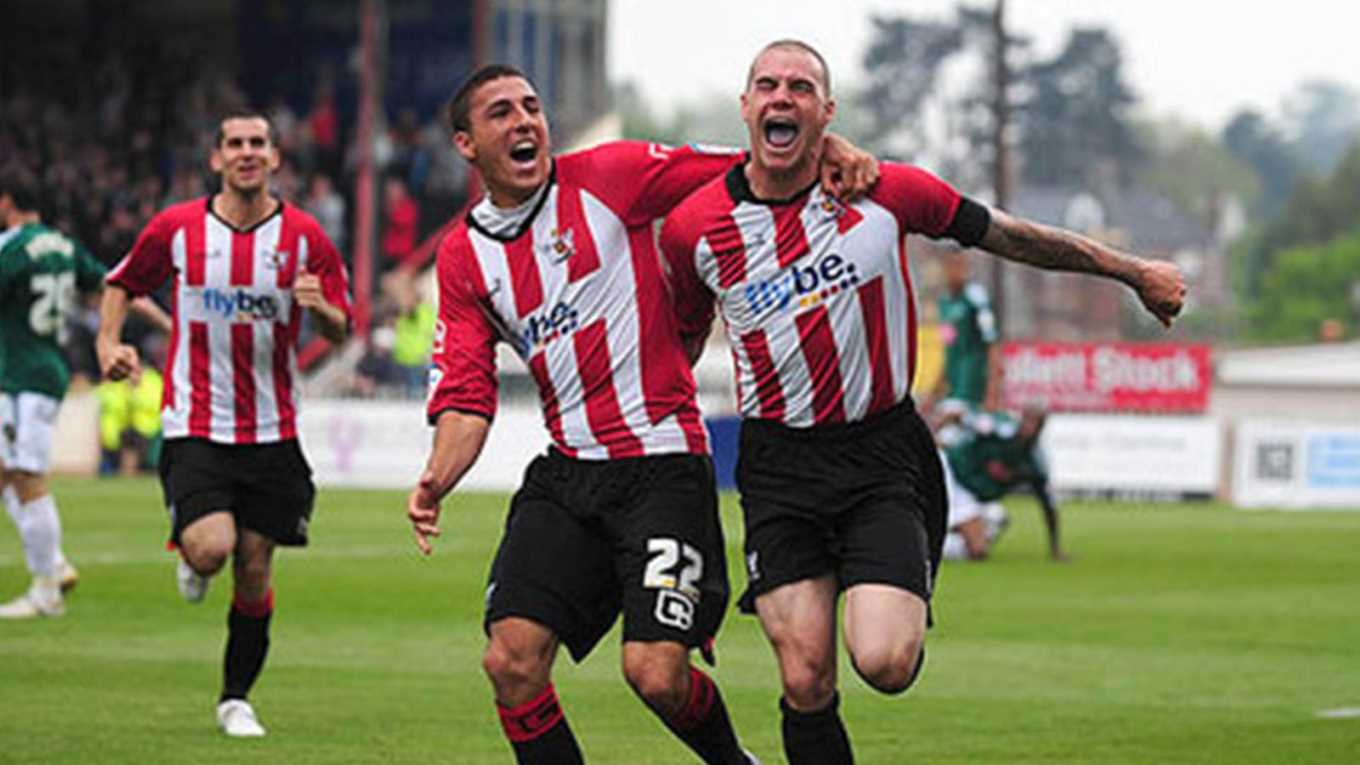 And that came just seconds into the second half as Dunne received Jamie Cureton’s pass to strike sublimely past David Button in the Argyle goal.

City welcomed a Pilgrims side that had won their last five league matches, and they nullified the City attack for much of the match until Dunne’s goal and a David Noble shot that went close after a deflection off of Karl Duguid.

With City ahead they held off their visitors to remain in front, against a Plymouth side who were battling hard for the equaliser through Rory Fallon and Yanick Bolasie as both players went close to levelling the tie.

That season saw City miss out on the League One play-off place by just two points.