The Devon Derby returns to St James Park this Saturday for the first time since the 2016/17 season!

The match is a sell out! Here is all you need to know about our opponents...

Argyle turned professional in 1903 and won the Southern League in 1913 and then 1921. They won promotion to Football League Division Two in 1930. Over the course of the 20th century, the club has consistently featured in the second and third tiers of English football.

The club won promotion from Sky Bet League Two in the 2016/17 season when they finished second, and after spending two seasons back in League One, they were relegated on goal difference at the end of the 2018/19 season and will be looking to bounce back at the first time of asking under the stewardship of Ryan Lowe.

Plymouth Argyle picked up their second win in three days last time out with a 4-0 win over Leyton Orient at Home Park.

Four first half goals from Joel Grant, Zak Rudden, Callum McFadzean and an own goal from Joe Widdowson meant the game was done and dusted before the break.

Fresh from a promotion winning campaign with Bury last year, Ryan Lowe has arrived at Home Park looking to guide the Pilgrims back into the third tier. The 40-year-old had a successful playing career in the Football League but spent his early days with non-league side Burscough. 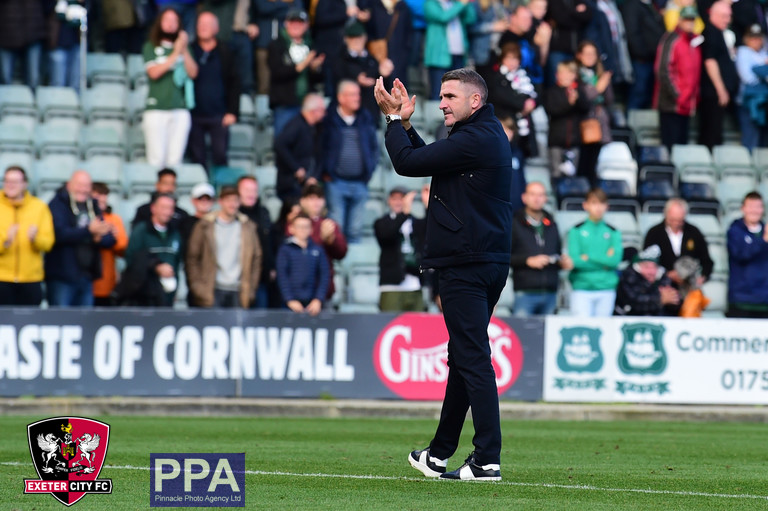 He then joined Shrewsbury Town in 2000 and spent five years with the Shropshire side before going on to make the short move to Chester City. He would then spend time with Crewe Alexandra before his first spell with Bury in 2009 and the striker would play there for there for two years before spending time on the books with Sheffield Wednesday, MK Dons and Tranmere Rovers. He then spent more time at both Bury and then Crewe before returning to Gigg Lane for the third time in the 2017/18 season which preceded him taking the management job.

Last season Lowe guided Bury to second place as they won automatic promotion to Sky Bet League One with 79 points.

A familiar face to Grecian supporters, the former Exeter City attacker comes into the Devon Derby in fine form. He scored his fourth goal in four matches last time out against Leyton Orient. 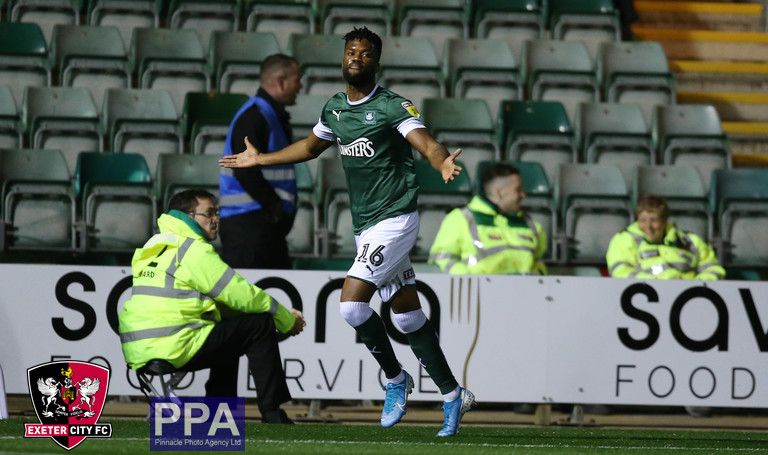 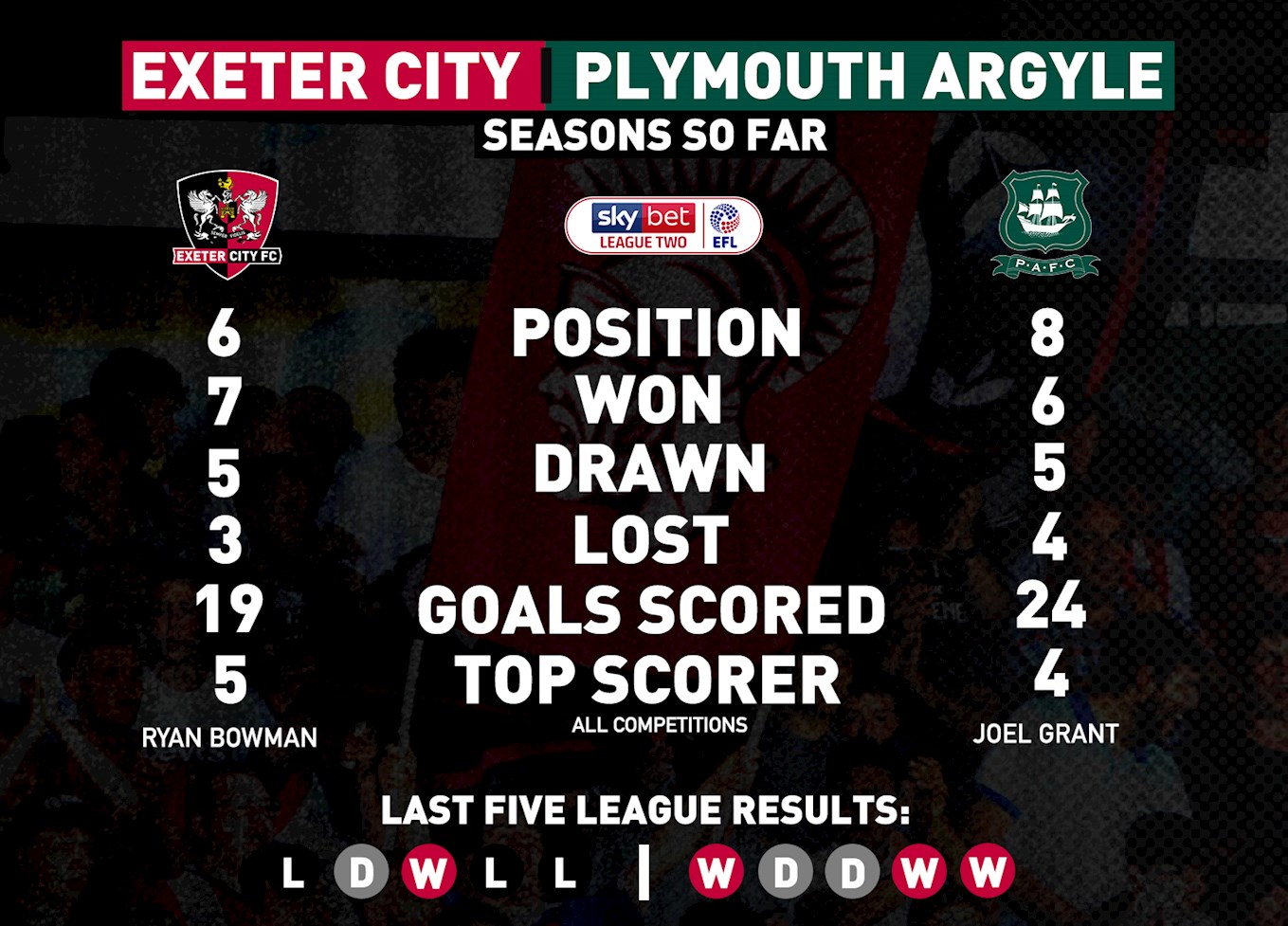 A tough season for Argyle saw them fail to prevent relegation and their fate was sealed back in League Two courtesy of goal difference. Manager Derek Adams departed the club towards the end of the season following a heavy defeat to Accrington Stanley and the Pilgrims will be looking to get straight back into League One at the first time of asking.

The sides last met in the Checkatrade Trophy in 2017 and a young Grecians side held their Devon counterparts. The Grecians netted after 13 minutes when Matt Jay played in Liam McAlinden who finished well. Ryan Edwards pulled a goal back six minutes later, but City went ahead on 70 minutes when loanee Kyle Edwards cut inside and finished well. But just five minutes later the home side were level again when Nathan Blissett’s goal took the game to penalties. The Pilgrims then managed to come out on top with a 5-3 penalty shootout win.

A tough day for the Grecians saw them lose 3-0 at Home Park with goals from Matt Kennedy, Ryan Taylor and Jake Jervis netting for the hosts on the day.

Graham Carey netted the opener for the away side with a sixth minute finish. Paul-Arnold Garita then took the game away from the Grecians with a 26th minute finish and City were unable to get back into it.