Former Exeter City striker Jamie Cureton said it has been the determination to prove people wrong that has kept him playing football into his mid-40s.

Jamie, who scored 42 goals for Exeter City across two spells at the club, is still scoring in non-league now at the age of 44. And, remarkably, he was still playing in the Football League until nearly 40, when many other outfield players have long since retired.

In an exclusive interview with marketing manager Scott Palfrey, Jamie says it has been the determination to prove people wrong that has been his motivating factor and a key ingredient in keeping him playing. This was the case when he first joined Exeter. Having played for Bristol Rovers, Reading, Colchester United and Norwich to great success during his career Jamie was approaching his 35th birthday. His playing time had dried up at Carrow Road and, following a unsuccessful loan spell at Shrewsbury, he was left without a contract at the Canaries and searching for a new club. 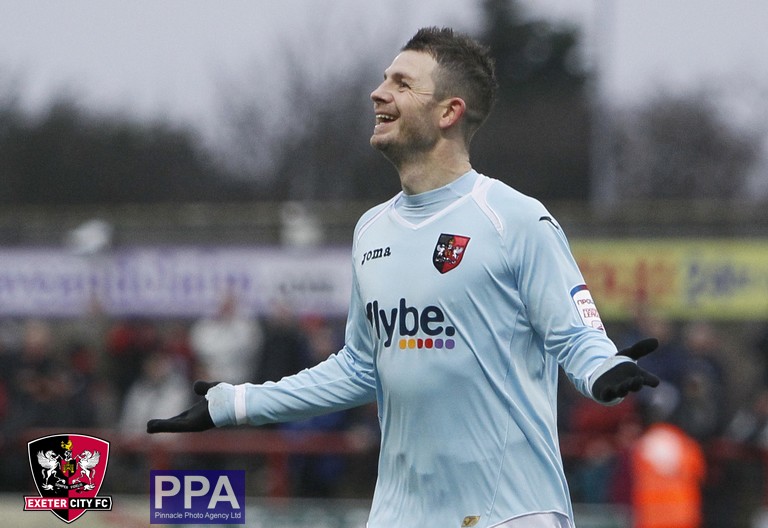 “I had been at Norwich and the last year I hadn’t played a lot and then I went on loan to Shrewsbury and didn’t play very well,” he said. “So you hit 35 and you think, okay what is next? It was the first year I had where I hadn’t got options. The phone wasn’t ringing as much and I thought what is going on?

“Then Andy Tillson, who I had played with at Bristol Rovers, rang me and said: ‘Would you fancy coming down and having a trial.’ At the time we, me and my wife, were living in Norwich. She is originally from Essex. So, we thought what can we do? I said to her: ‘I am going to have to go and do this, because I have got to work and I still want to play’. So, I went down there and I have got my mum who lives in between, in Bristol, and I went on trial and earnt as six-month contract. I lived with my mum and my wife moved back to Essex and we lived apart for a season. However, the move went well, and I got offered an extension on my contract at Christmas. It was the first year that I had to go and do well and really earn a contract, but thankfully I did.” 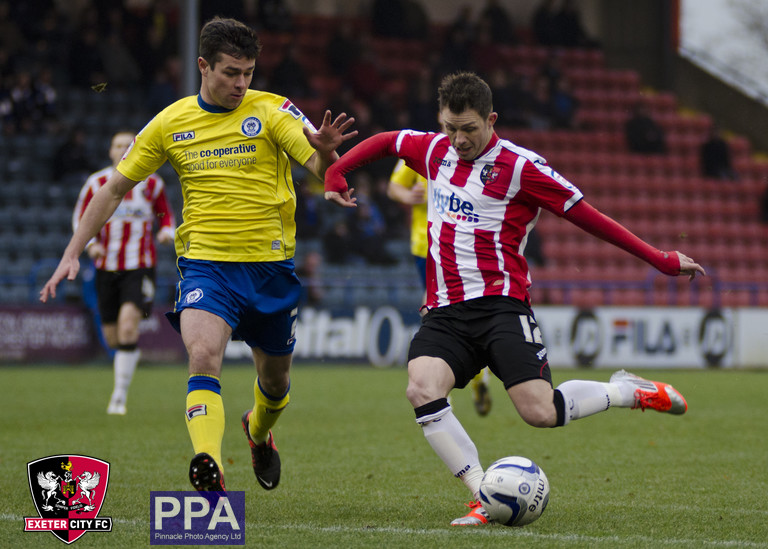 “I seem to have moments in my career where I am at a point where people have given up on me,” added Jamie. “I am there having to prove everyone wrong, I guess. When I have a knockback like that or people feel that is the end for me, I tend to respond. It had a determination to turn up and earn that contract and then it was only a six-month contract, so it was a case of showing in that six months that I am worth more. You let it spur you on and drive you. It wasn’t so much Tis (Paul Tisdale), it was more the Norwich side and the people who hadn’t spoke to me in the summer and hadn’t picked up the phone. I said: ‘I’ll show you’.

“I think, from 35 that always spurred me on quite a lot because I knew I was at an age where not many managers take older players. Tis was one that did and respected older players and like them around for what they did and what they could bring to the group. So, it wasn’t so much proving Tis wrong, it was proving everybody outside of Exeter who could have signed me wrong. That was my motivation and every time, I scored I was smiling to myself. Then the phone starts to ring, and you start to laugh because you think to those people ‘you could have signed me a year ago.’ I think that motivation helped me a lot in my latter stages.”