Manager Matt Taylor praised the attitude of the players and his coaching staff towards the football club during the coronavirus crisis.

The players and coaches, along with the manager himself, have taken a wage deferral and, in an exclusive interview with marketing manager Scott Palfrey, he couldn’t praise them enough for the approach they have taken.

“The players have been excellent in terms of their attitude towards the club and I can’t speak highly enough of the people we work with on a daily basis as well,” said Matt. “It is a surreal time and one where you have got to think long and hard about what is the right thing to do from a personal perspective and for the club. And, hopefully, we have not put too much pressure on the staff and the players to make the right decisions and given them the best opportunity to make their own decisions.

“It is incredible because every player you speak to their circumstances are different. The range is incredible. We have got players with babies on the way. Aaron Martin had a healthy baby boy a couple of days ago and a couple of others have got babies due in the weeks to come. You have got some players coming towards the end of their careers, you have got others starting their careers. Others waiting to buy a house, others with stock and shares.

"It is absolutely incredible and like we said we didn’t want to do an across the board percentage, because that would have put some players under real pressure. So, we said to the players anything you can afford would be a huge benefit to the football club but don’t put yourself or your family under any added pressure. The players have responded brilliantly and it shows their trust in myself and the football club.”

The club also announced that the some of the players, and coaching staff, have been placed on the government’s furlough scheme.

Speaking about this Matt added: “Hopefully, the fans and the public can understand why we have done it. With no fans coming through the turnstiles the cashflow is the immediate problem for any football club or any business.

"We understand that if the likelihood is that games get completed behind closed doors for this season, then you are down on an expected revenue from the five remaining homes games and the possible play-off games. And then all of a sudden you look forward to next season and there is a possibility that some of those games for next season will be played behind closed doors as well. 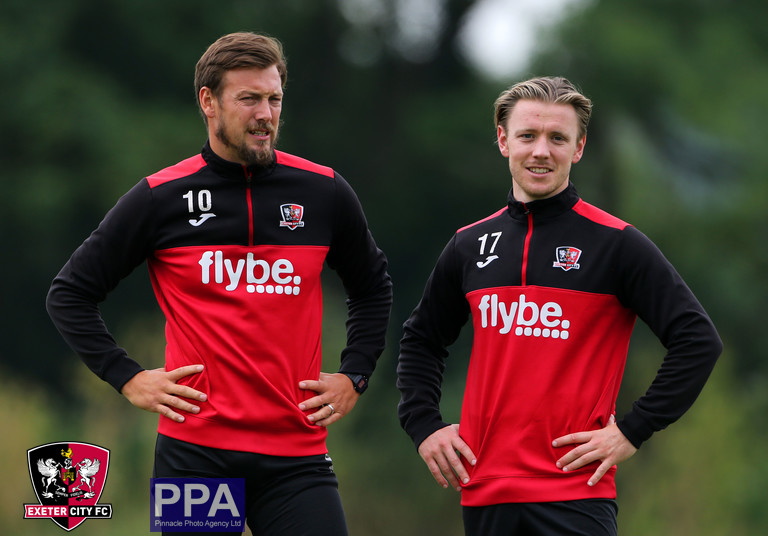 Matt also touched on the role the football club plays in the community at this important time and was full of praise for the work the CITY Community Trust are currently doing as well as the staff and the players. A number of players, including Matt Jay and Jake Taylor, have been phoning on City supporters to check on their well-being, while Lee Holmes ran a volcano challenge online for supporters to keep them busy during this difficult time.

“I saw the video of the volcano challenge,” smiled Matt. “I think Wayne Carlisle (assistant manager) needs to have a serious conversation with Lee though because for some reason Wayno’s son did the volcano challenge but put vinegar as the explosion and now he says he house stinks of vinegar. So, it will be interesting when he gets hold of Holmsey.

"However, little things like that go a long way and it just shows the characters that we have got within this football club. I can’t speak highly enough of them and I have been lucky enough to speak to them and keep a fair amount of contact with this group and anything that this group of players, myself or my staff can do during these difficult times to help people in the community then we will certainly do that.”