To celebrate the anniversary, SIMON CARTER - a former sports journalist at the Express & Echo and author of a 2016 book on his life following the Grecians - will be taking us all back to 1989/90 in every home programme this season. Here, he looks at a game that remains unsurpassed in Grecians’ history - the only match where we have clinched a Football League title. 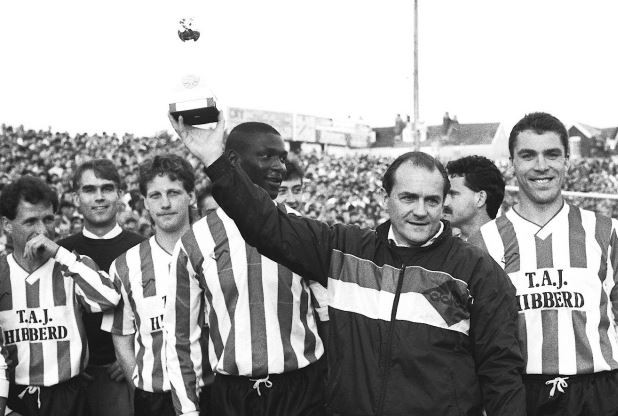 It is a date that will be forever etched in Exeter City’s history.

By April 25, 1990, Exeter had clinched promotion for only the third time in the club’s 70-year Football League history by beating Southend 2-1 at St James Park the game before.

That was manager Terry Cooper’s priority achieved. Now all they had to do was pop the cherry on top of the cake by beating Scarborough to clinch the Fourth Division title.

Lower-mid-table Scarborough, were given little chance before the game as, with 18 home wins out of 21 in division four, another SJP success was a formality. Wasn’t it?

Well, this is ECFC and things don’t always pan out how the Big Bank-based scriptwriters would like…

There were a few scares on a beautiful spring afternoon, but in the end “there was drama, excitement and intense emotion at St James Park as Exeter City won the Fourth Division championship for the first time in their 86-year existence.

In the Express & Echo, Trina Lake wrote, after City’s 3-2 victory:“Unrestrained elation filled the stadium as Terry Cooper’s side secured the win they needed to guarantee top spot.

“Tears of joy mixed with broad smiles of delight as the celebrations began in earnest when the final whistle blew.

“Promotion may have been the prime target but taking the title was due reward for Cooper’s unflinching commitment to entertain and excite.” 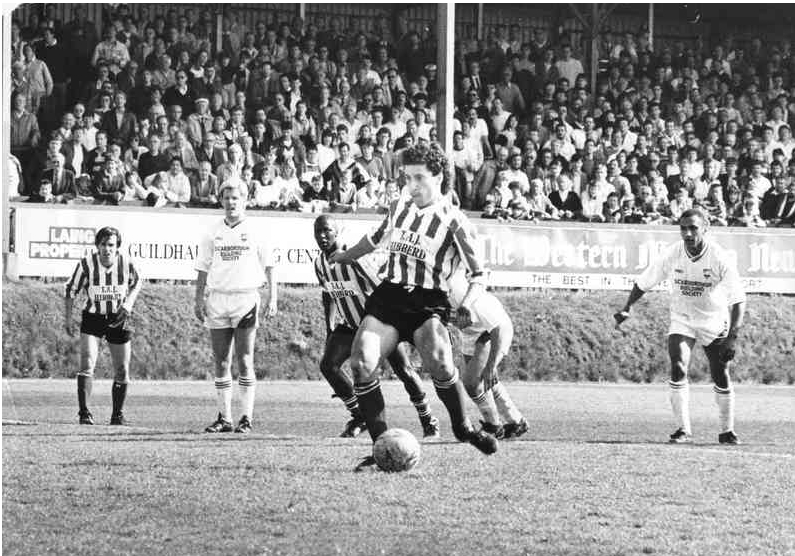 In summing up, Terry Cooper said: “For me, the most pleasing thing is that I think we’ve proved it’s possible to come out of the Fourth Division playing entertaining football that people want to pay to watch.”

City dominated the first half and went ahead in the 22nd minute when Adrian Meyer was penalised for a foul on Steve Neville and Tom Kelly sent keeper Barry Richardson the wrong way.

Totally against the run of play, Boro levelled in the 40th minute through former Torquay striker Paul Dobson.

Ten minutes into the second half, Richard Young forced City back in front from close range.

A frantic period continued 60 seconds later when City were awarded a second spot-kick for handball, and Kelly again sent Richardson the wrong way in front of the supporters packed onto the sun-drenched Big Bank.

This time, there was no third equaliser, no more surprise rewriting of the script. “City never looked like relaxing their grip on victory again,” Lake wrote. “And as expectant supporters surrounded the pitch in the closing minutes, City didn’t disappoint and finally the chants of ‘champions’ were truly justified.”