It was a side that not only had the balance right on the pitch, in terms of players playing in the right positions, but off the pitch with a mixture of youth an experience. In part three of this interview manager Terry Cooper gives his thoughts on a couple of the experienced players as well as his decision to convert Darran Rowbotham from a midfielder to a goalscoring sensation.

It had taken time but going into the 1989/90 season Terry Cooper knew he had a side that could compete.

“I was very confident,” he said. “I knew I had a mixture of young hungry players and three or four seasoned professionals who had been there and done it before.”

One of those professionals was Steve Neville, who had returned for his third spell at St James Park at the age of 32. He scored 14 goals in the title winning campaign but also added loads of assists as he weaved his way past defenders to set up the likes of Darran Rowbotham up front.

“He was the difference,” said Terry. “Of all the players – at that time in his career – we knew they couldn’t handle him in that division. The number of assists he had, initially for Darran Rowbotham and then the other strikers, was great. 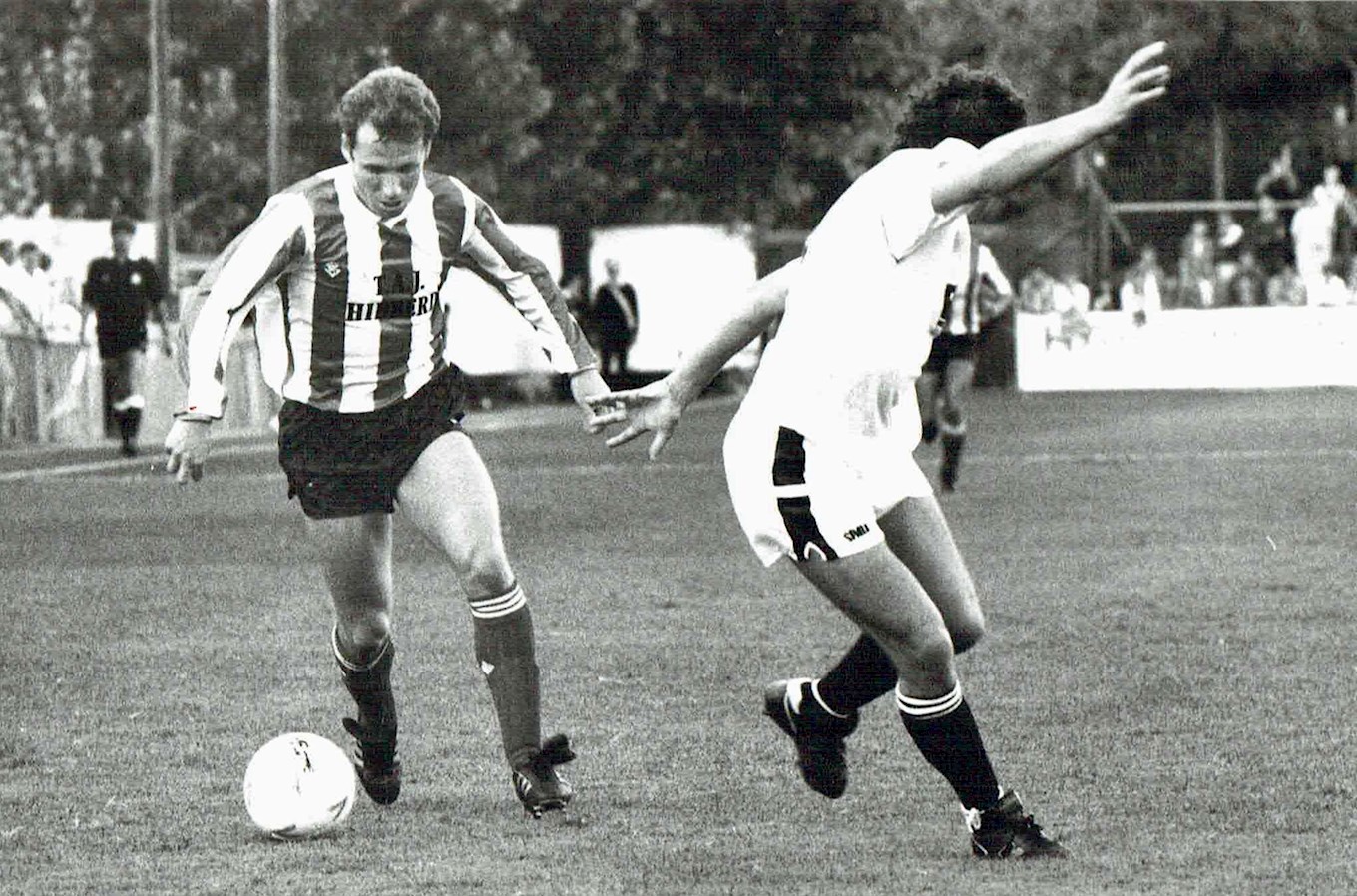 "We knew if we had him in the inside right or the inside left positions and didn’t complicate it, we could leave him one against one then 99 times out of 100 he was going to roll it along the six yard penalty area for the other strikers to have chances.”

After leaving City, Steve went to join South China AA and then in 1993 became a coach at Sorrento FC, near Perth, where he still is today. So did he have those leadership, coaching qualities when he was at City?

“I wouldn’t say he was a leader,” said Terry. “He was a pretty quiet boy and he just had great ability. He could drop his shoulder and go by players at will. It always amazed me that nobody gave him a chance to play higher up. I still don’t understand it.”

Another player from that side who has gone onto have a great coaching career is Brian McDermott. He even got the chance to manage Terry’s former club Leeds United, which came as shock to the full-back who won two league titles at Elland Road.

“It was the biggest surprise in the world to me that he ever became a manager,” said Terry. “He had great ability, but he is the one I had to put my arm around more than anyone else to convince him that he was a good player and if you got the ball out to him, he could produce crosses. He was one of those players that was two footed and he didn’t have to beat players because his first touch was that good, he could get a cross in with his second before he was closed down, but he just didn’t believe in his own ability.” 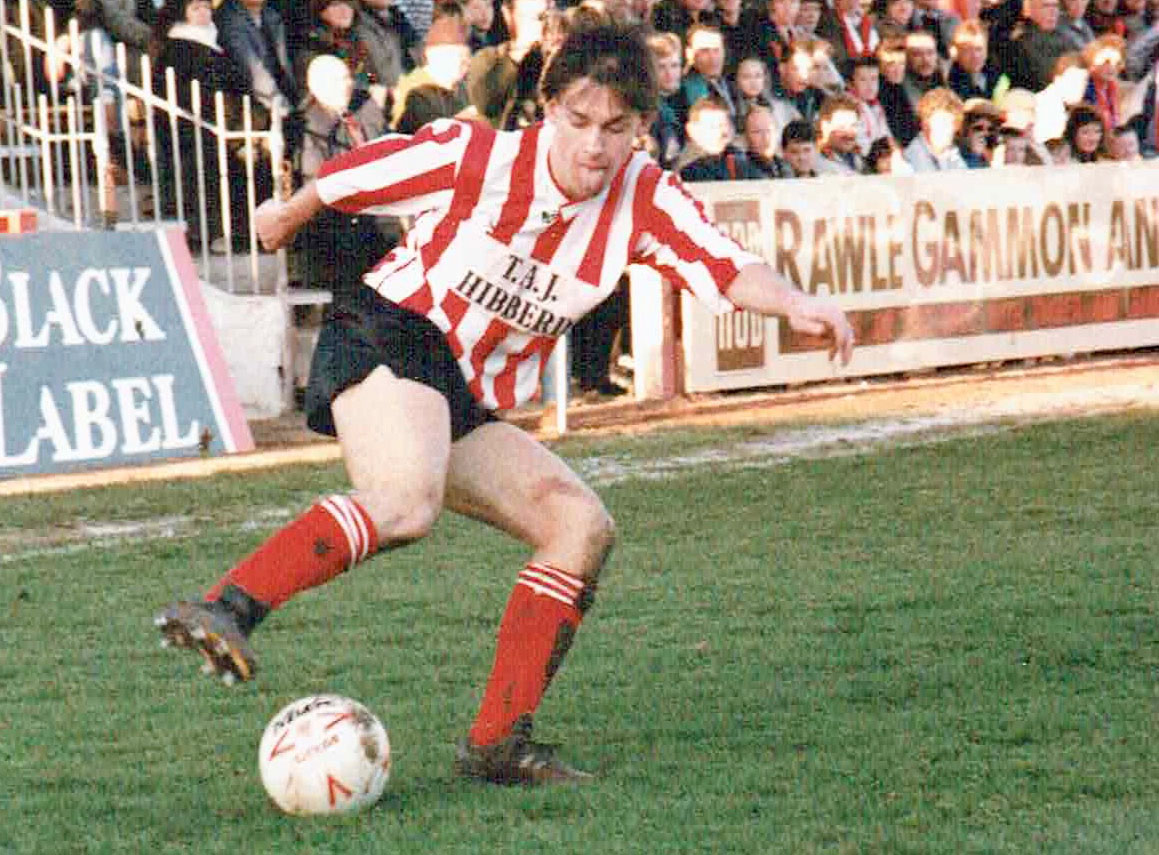 The opposite to that was striker Darran Rowbotham. A player full of confidence in the 1989/90 season as he bagged 20 goals in 32 games before a cruel knee-injury, picked up in a win over Peterborough United, ended his hopes of playing football at the highest level.

“He was going to go to Chelsea,” explained Terry. “The move was more of less done and dusted and bless him, he got a really, really nasty injury. To be fair to him, he did come back, but he was never going to be the same.

"How he ever played again I will never know because it was an horrendous injury. He was a player, that while Brian McDermott lacked confidence, he had it in abundance. He was two-footed and, as I said before, Neville put goes on a plate for him and he could finish.”

However when Terry Cooper joined City, Darran was playing midfield. So how did he end up as the main striker?

“Well, you look at players,” said Terry. “In my first season I was really happy for us to finish in midtable because I knew what I was building. I was looking at the players that were there and the ones that deserved to stay. Underneath that, I knew I had some fantastic young talent. People like Scotty Hiley and Chris Vinnicombe. So, I knew what I was building and Darran, even in training was always a good finisher. So, it was just one of those trial and errors things. I just tried him up front and if he keeps finishing you keep him there.”

In part four of this interview, to be uploaded to www.exetercity.co.uk tomorrow, Terry talks about the younger players he had in the team and the importance of having good characters like Clive Whitehead, Shaun Taylor and Jim McNichol in the starting XI.

To see how you can purchase a replica 1989/90 shirt click on the following article.