At the end of March, Exeter City midfielder Lee Holmes set fans the challenge of making a Volcano at home with the family, with prizes up for grabs.

Lee received an amazing THIRTEEN entries and found it incredibly hard to choose a top three.

Lee said: "Thank you to everyone that entered. I've been blown away by the amount of entries and how much time has been put into the competition.

"Congratulations to you all and I hope you all enjoyed it. To be honest it's been one of the hardest decisions I have to make in a while!"

Lee felt that it is only right to reward everyone that has entered with a prize, he said: "We are going to give two tickets to a future Exeter City match to everyone who entered as to me they are all winners.

Watch Lee talk about the competition and see all the entries

In third place is Alfie and Riley with their red and white volcano with footballs exploding out, which is sat on a football pitch.

"I was impressed with the colour scheme and the detail that went into it, the idea of the football pitch was outstanding." said Lee.

Alfie and Riley have won a signed Exeter City football and a pair of tickets each to a future Exeter City match. 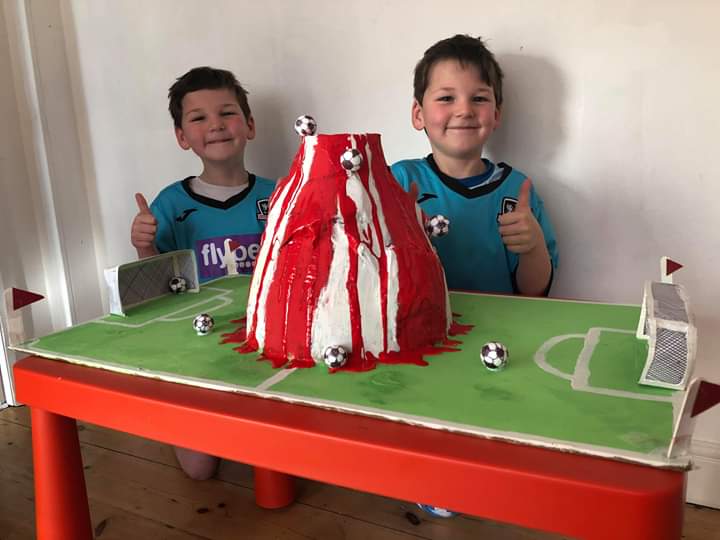 In second place is Sam who created a detailed Volcano that looked just like the Exeter City home shirt!

"Brownie points for you for using my name and number on the back." said Lee.

Sam has won a signed Exeter City football and a pair of tickets to a future Exeter City match. 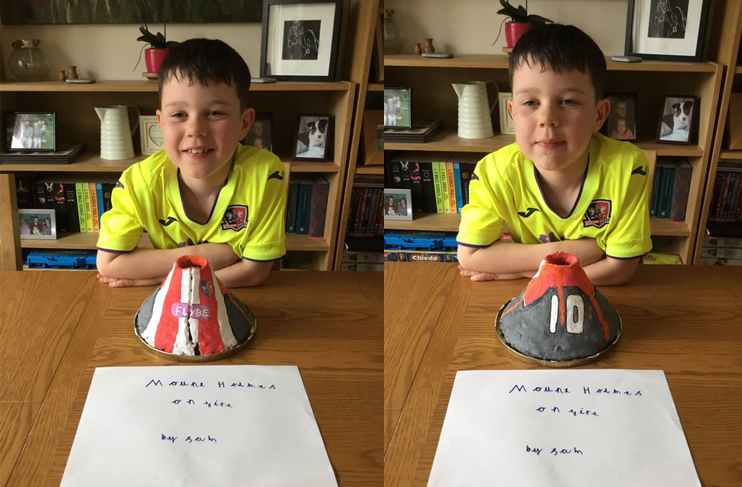 The overall winner of the competition is Ewan and Amber who created a very detailed volcano set on grass, featuring an Exeter City crest!

Ewan and Amber have won a signed Exeter City shirt and a pair of tickets each to a future Exeter City match. 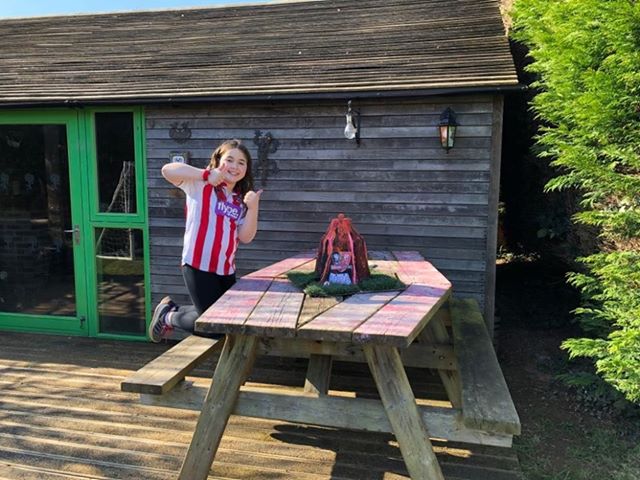 If you have entered the competition, please email: media@ecfc.co.uk and we will reply to you with how to claim your prize!