This Friday marks the centenary of Exeter City’s first ever match in the Football League, a 3-0 home victory over Brentford on Saturday, August 28 1920.

The milestone is being marked by a series of initiatives by the Exeter City History Group and Museum Trust including the restoration of the grave of John Dockray who played for The Grecians in the inaugural League game.

City joined the ranks of the Football League after the Southern League First Division was accepted en bloc as the members of a new Division Three.

Grecians Club Secretary Sid Thomas called the move ‘the biggest and most revolutionary step we have had in football for very many years’. Manager Arthur Chadwick said ‘it’s the finest thing that could possibly have happened’. 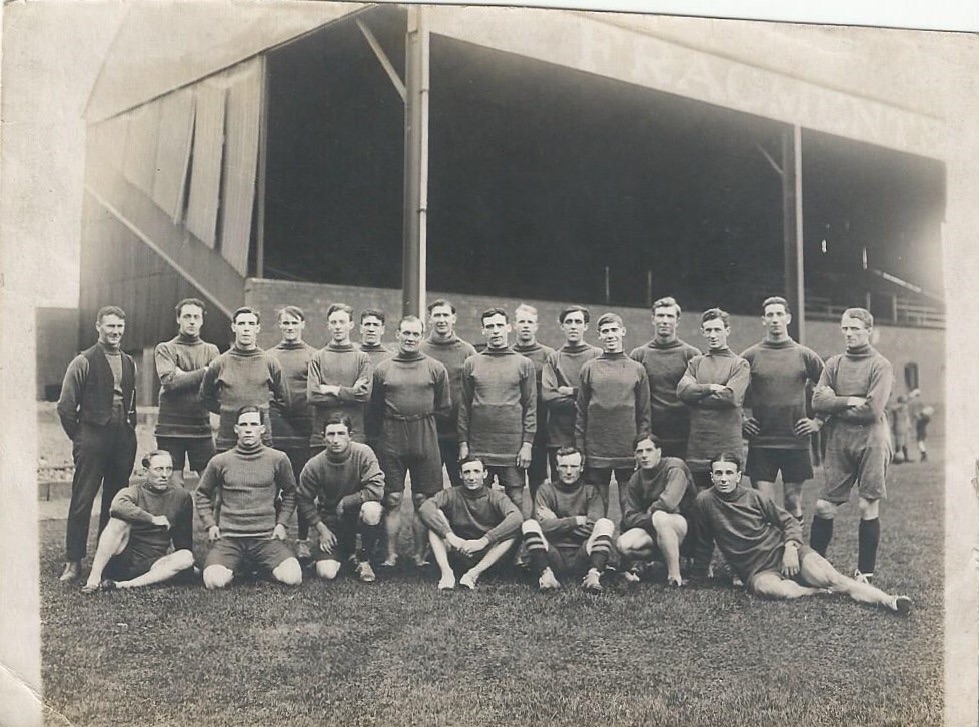 For Exeter it meant a busy summer of activity with ground improvements, a series of new signings and the decision to raise admission prices. City Reserves joined the Western League.

When the big day arrived hundreds were queuing by midday to get the best viewpoints. A crowd variously estimated as 6,000 to 7,000 crammed into the ground. They were not disappointed as Exeter won convincingly.

It was three new signings who hit the back of the net. William Wright, a free transfer from Tranmere Rovers, has the distinction of being the scorer of City’s first ever Football League goal, followed by Charlie Vowles, a military man at his first professional club. The third was   hammered home by Jack Feebury signed from Bolton Wanderers with a reputation as a ‘Penalty King’. He scored from the spot, of course.

Now 100 years on the historic match is being remembered by a special on line exhibit which can be seen on the Grecian Archive by clicking here.

The display forms part of the National Lottery Heritage Funded ‘Celebrating our Heritage’ programme delivered in partnership by the Football Club, Supporters Trust and the University of Exeter.

The exhibit draws on items given or loaned to the Exeter City History Group and Museum Trust. These include the Brentford match programme and a season ticket from the 1920/21 campaign.

And in a new move City’s heritage team have arranged the restoration of the grave of John Dockray who played against Brentford and turned out for City 205 times either side of World War One. The grave, in Higher Cemetery, Heavitree was in need of a good clean up and now looks as good as new. A fitting tribute to Dockray, a speedy winger dubbed the ‘Carlisle Express’.

The grave of City Manager Arthur Chadwick has also been located in the same cemetery and enquiries are being made about the possibility of restoring this as well.