The efforts of the wonderful Exeter City supporters mean that the club has topped the table for the first Football Shirts FC Charity League.

A huge 26 of you took part in the event which raised funds for both Cancer Research UK Bobby Moore Fund and Sebastian's Action Trust.

City topped the table by 15 entries, with Aston Villa in second place. 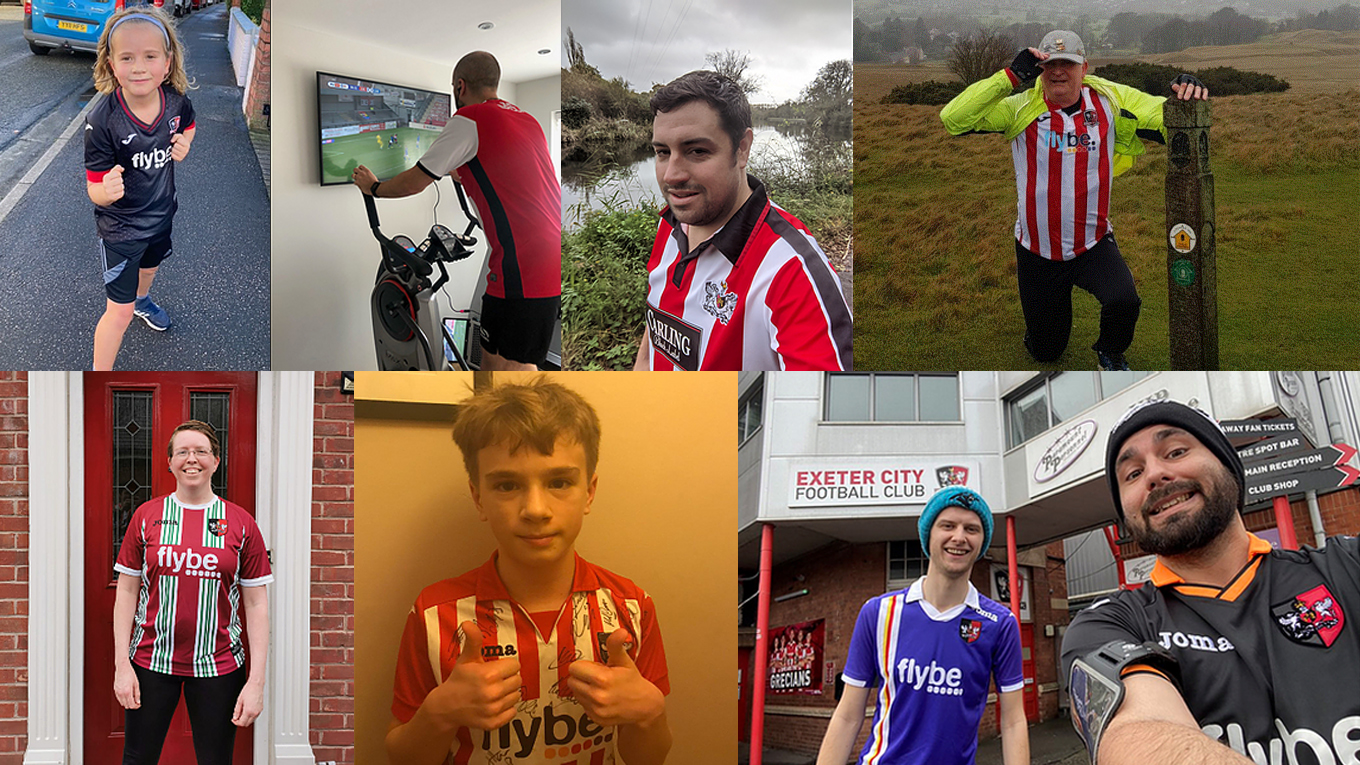 The Virtual Football Shirt Charity Run 2020 is the brainchild of the guys over at footballshirtsfc.co.uk and City fans can entered by running or walking any distance, any time, any where (before Dec 18) in an Exeter City shirt.

Jayme and Tania, the co-founders of Football Shirts For Charity said: "We are so grateful for the incredible backing we have received from everybody connected to Exeter City and must also thank our friends at theterracestore.com for their amazing support.

"We passionately believe that a charity run, walk, or jog where you can represent the team you love, whilst supporting cancer research and care homes for terminally ill children, is a really exciting idea – and love that Exeter City FC and their supporters obviously think so too! Despite a very late and determined charge up the table from Aston Villa, Exeter City won the title quite comfortably in the end.

"The new league will commence on January 1, and it will be amazing to see whether Exeter City can mount a title defence in the new year, now so many more people and clubs are aware of us and the event!

"In the meantime, if your supporters would like to know a little more about us, they can find us at www.footballshirtsfc.co.uk , or on Twitter @fsfcUK.

"We really love people to join in with our activities, or write about a special shirt in our 'Shirt Story Sunday' feature, for example – and we're always really desperate for shirt donations!

"Please pass on our gratitude to your incredible supporters who have made a big difference. We would also love to take this opportunity to wish all The Grecian's teams, staff and supporters the very best wishes for the rest of the season in your bid for promotion to League One.

"We will be visiting early in the new year to present you with your trophy and you can place your first piece of silverware for this season in the trophy cabinet! 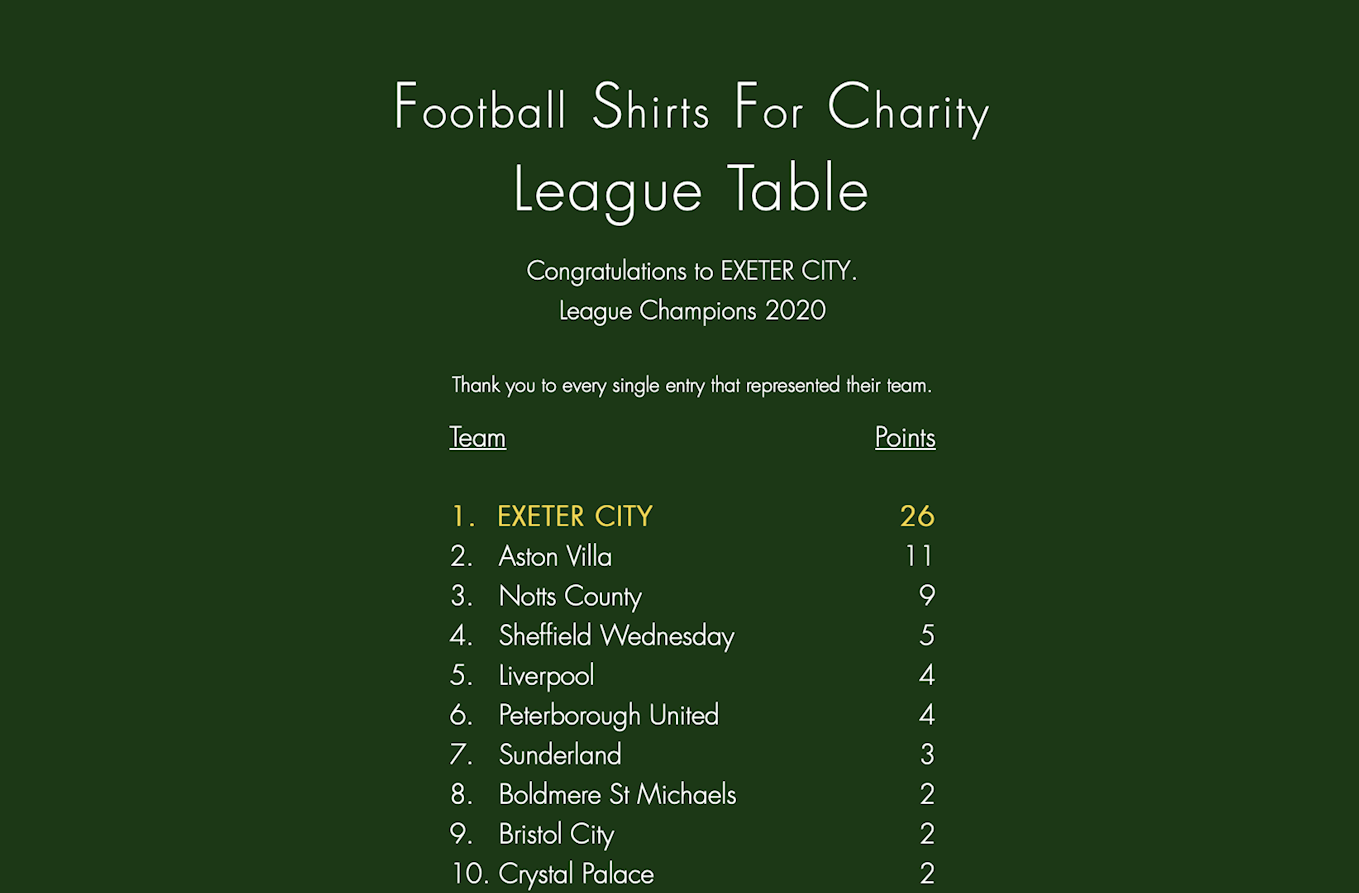