Exeter City Football Club players have donated hundreds of pounds to support youngsters who will be spending the Christmas period in hospital in Exeter.

Every year the football club’s sponsors support a fundraising drive to collect gifts for children in the RD&E’s Bramble Ward. The players then visit the ward, deliver the gifts and chat to the children.

However, like so many other things, it all looks a little different this year. But rather than not support the children, the players had a ‘whip round’ and collected almost £700 to buy gifts for the youngsters. And they made a flying visit to drop them at the hospital doors. 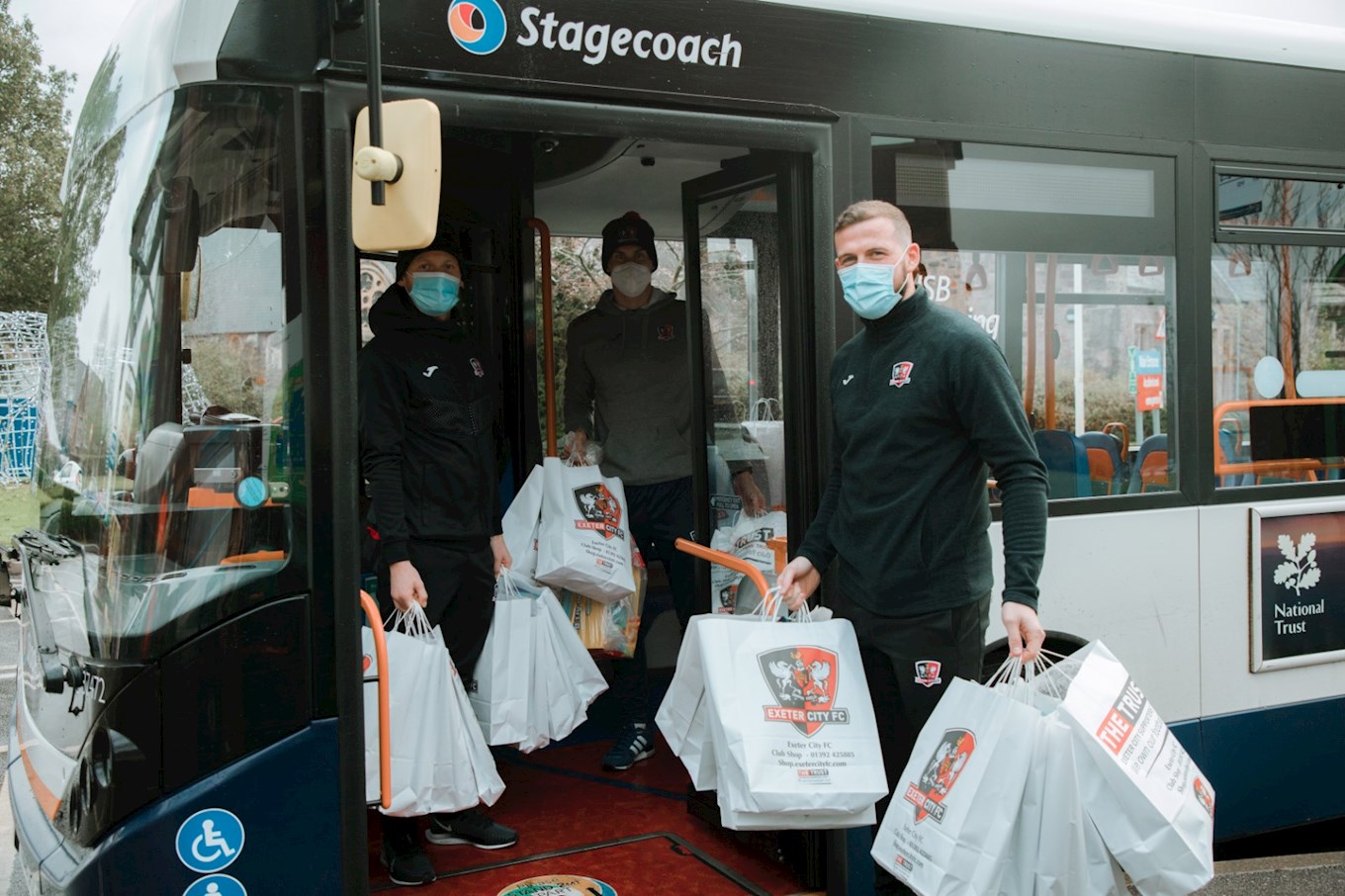 Mimi Cook, play specialist at Bramble Ward, said: "The visits by the Exeter City players are always hugely appreciated and really brighten up the stay for the youngsters on Bramble Ward. Sadly, we can’t do that this year as the hospital is not allowing any visitors, so we were absolutely delighted to hear that the players themselves had held their own collection for the ward.

"It is so kind and generous of the players. We are extremely grateful for the donations which will really help to brighten the stay for children on Bramble Ward."

Due to covid children are having to play beside their beds, rather than in the communal playroom, and items such as playdoh to colouring pens and pencils are having to be taken home by the child or thrown away. 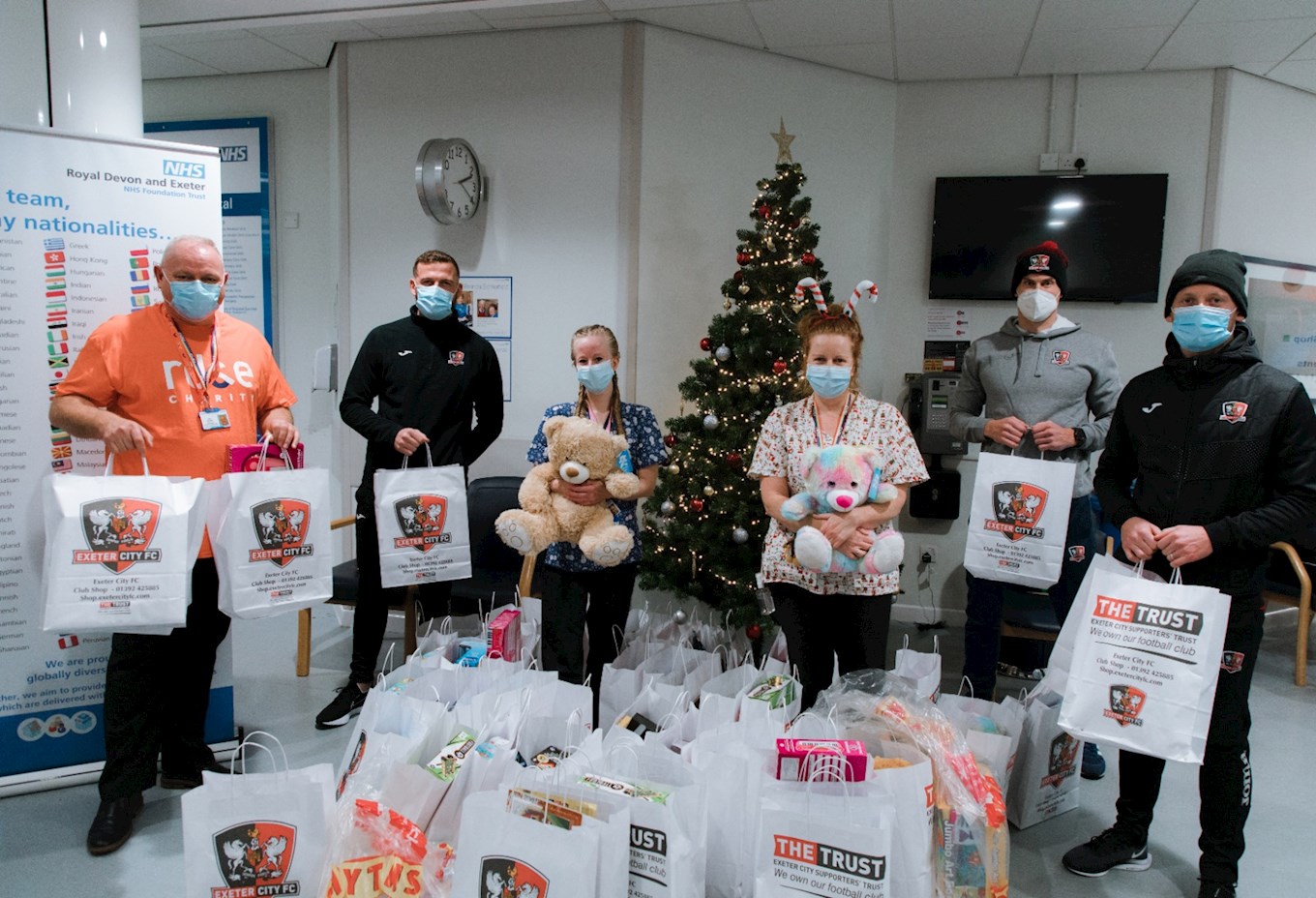 Matt Taylor, Exeter City manager, said: "As a supporter-owned club, involvement in our community is really important to us. When the lads heard that we weren’t able to rely on external help to buy the gifts this year, they immediately decided to step in and contribute themselves.

"Over recent years we’ve seen how much this means to children and teenagers on Bramble Ward and we’re pleased to be able to help them in this way.’

Ian Roome, fundraising manager at the RD&E Charity, said: "We’re so extremely grateful to Exeter City for their donation of toys and gifts to the children staying on Bramble ward. Kind actions like this can really help to brighten up a family’s time in hospital during the festive period." 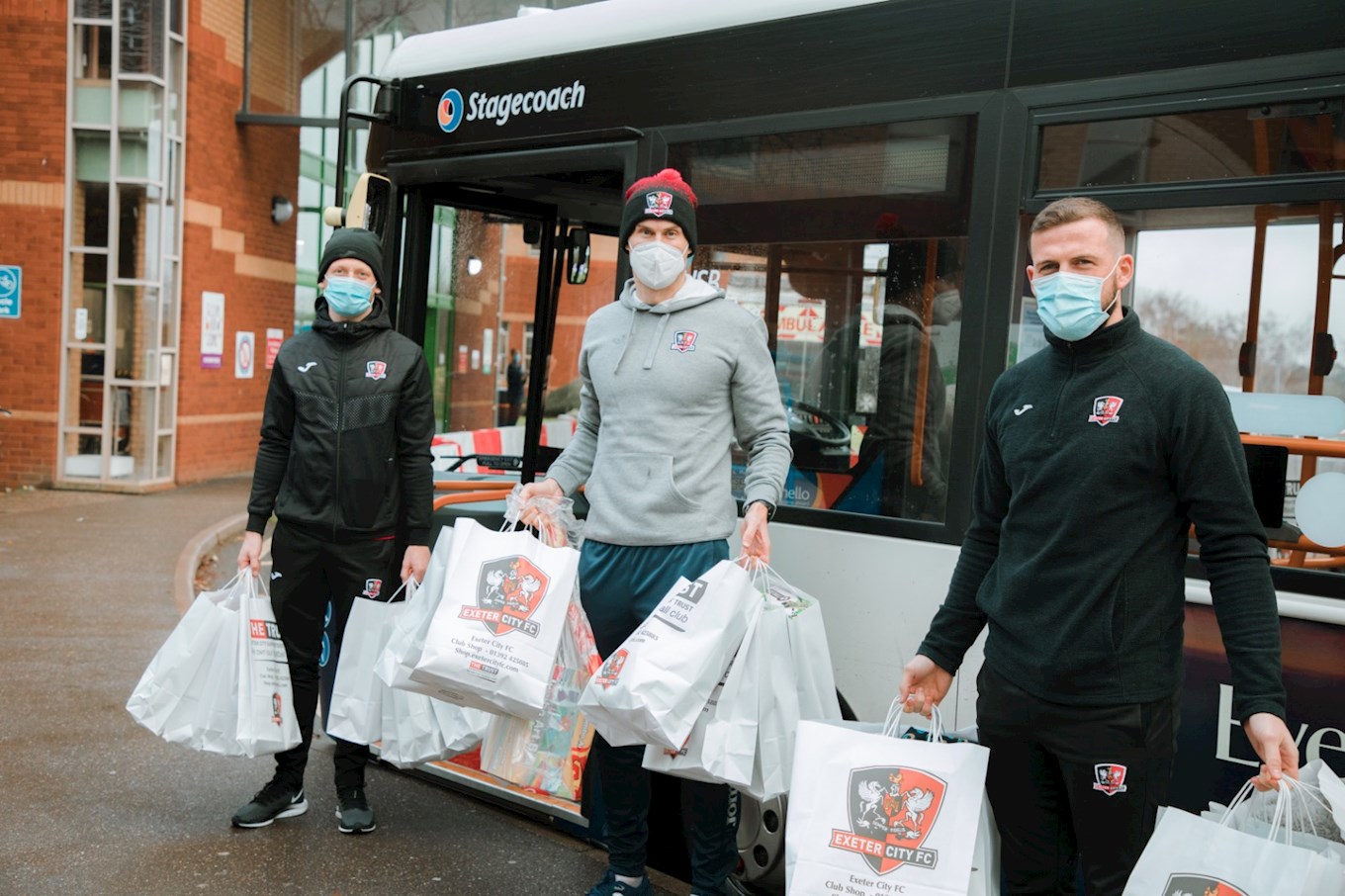 The gifts were delivered to the RD&E by Matt Kimberley the football club’s commercial manager. He travelled on a specially provided bus from Stagecoach South West which was loaded with hundreds of toys and gifts. The club also received a donation of toys from Smyths Toys Superstore.