Northampton Town are next up in the Papa Johns Trophy for Exeter City. Ahead of the second-round fixture, here’s an outlook of our mid-week visitors.

Formed in 1897 by schoolteachers connected with the local school’s association, the club may have never survived the first year after a financial crisis. Becoming members of the Midland League dragged the club back into the black and they achieved Southern League status in 1901 and turned professional.

The Clubs nickname ‘The Cobblers’ homages the shoemaking industry in the area which dates to the 17th Century. In 1861, demand for Northampton shoes was so grand that 1,821 shoemakers resided in the town.

Despite football being the order of the day, it is the other major sports in the region which take the limelight. Northampton Saints Rugby were European Champions in 2000 and Northamptonshire Cricket Club are four times County Championship runners up and in more recent years won the T20 Blast in 2013 and 2016.

In 1920 Northampton Town were made Original Members of Division 3. In 1963 under the watchful eye of David Bowen, Northampton won the Division 3 title for the first time. Within two years Town were promoted again to the top tier for the first, and only, time in their history.

In 1932, Northampton were one of many football clubs to travel to Holland to play against the Dutch National Team. Town beat their hosts 4-0 in Rotterdam.

By the turn of the 21st century, Town had bounced up and down the Football League, including a Division 4 title in 1987. In 2015/16 Chris Wilder guided the Cobblers to the League Two title before being snatched by his hometown club Sheffield United.

Last year Northampton finished in the final League Two play-off place and succeeded at Wembley to get promoted back into League One. It’s just dust in my eye, I swear.

This will be the sixteenth time Keith Curle has managed against Exeter City which is more than any other club. The 57-year-old won three England caps in 1992 whilst leading the back line for Manchester City. 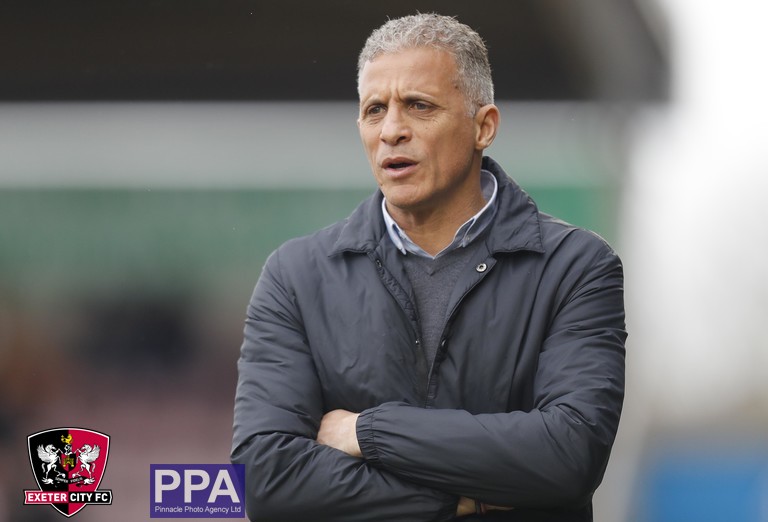 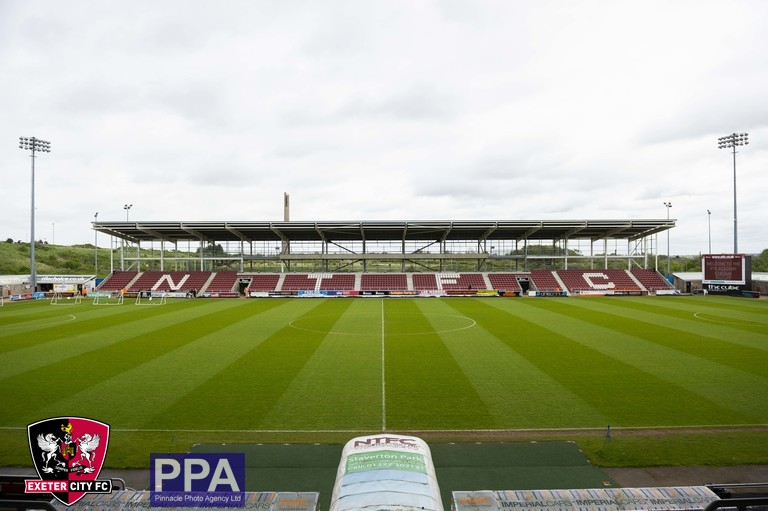 In 2014, a new £10.25m redevelopment to the East Stand was commissioned met by criticism from fans reducing the capacity and still remains unfinished to this day.

The 18-year-old is having a breakthrough season at Northampton after last years loan spell to Corby Town. 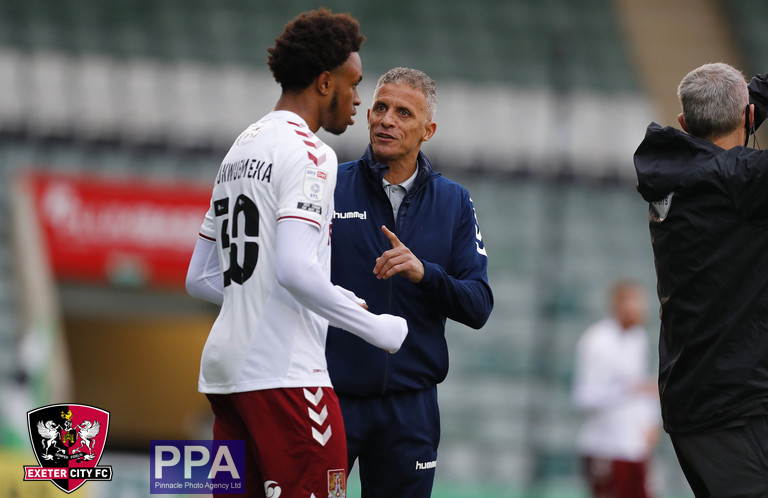 He scored his first goal for his boyhood club earlier in the Papa Johns Trophy, in the 5-0 win over Southampton, as well as coolly netting the winning penalty which saw Northampton reach this stage.

Adept on his left foot, the youngster has an exciting future ahead but for City’s sake let’s hope it doesn’t start on Tuesday evening.

It’s safe to say Northampton have had the rub of the green against Exeter. In 118 games between the two sides, Town have taken the spoils on 54 occasions.

City came from 1-0 down through goals from Randell Williams, Aaron Martin and Alex Fisher as Matt Taylor’s men moved closer to the top of the League Two table.

Northampton Town were reported to have paid their first ever transfer fee in 1907 when they bought Edwin Lloyd Davies from Stoke City. He proved a bargain for the Cobbler’s and played well past his 40th birthday and made over 300 appearances at the County Ground. Lloyd Davies also holds the club record for international caps whilst at Town, winning 12 for Wales.