As part of the EFL’s ‘Not Today or Any Day’ anti-discrimination campaign, EFL Clubs across the country will unite in their support of LGBT inclusivity to raise awareness of Stonewall’s Rainbow Laces campaign

Today, against Tranmere Rovers both captains will wear dedicated rainbow armbands and each corner flag will be a rainbow. Each player will also be given a pair of rainbow laces to wearon their boots.

Throughout the week in tbe build up to today's game we have been supporting the campaign with important conversations with allies and those from the community to whom Rainbow Laces means a lot.

Media Officer Craig Bratt gave his own personal story about how we need to do more to support LGBT people within football, while Alex Fisher, Jake Taylor and Lewis Ward all spoke about how to be allies and what the campaign means from a player perspective. Lewis also spoke to the BBC's LGBT Sport Podcast alongside Proud Grecians' Alan Quick and wrote an important article in the match day programme.

Inside 'The Grecian' this week , which is dedicated to the campaign there is plenty more content about the support for Rainbow Laces. Copies are available online only for £5. 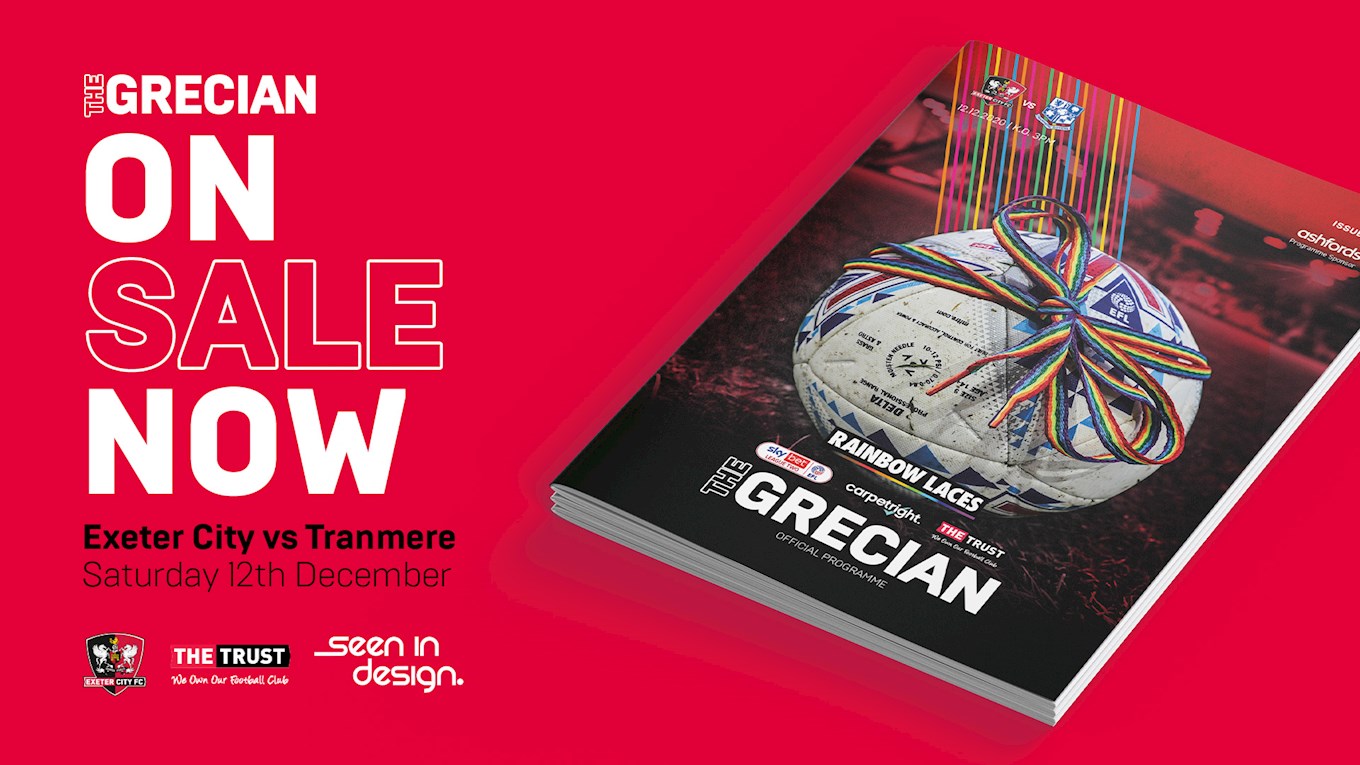 If you have missed any of this content and want to view it again, click on the options below: