Exeter City Football Club and the Supporters’ Trust are saddened to hear of the passing of the club’s former midfielder, Tony Morrin.

Born in Swinton in 1946, Tony began his career in the North West of England, completing his apprenticeship with Bury before spells with Burnley, Stockport County, and Barrow.

It was at Barrow that the all-round midfielder’s career really began to take off as Tony played a key role in helping The Bluebirds retain their Division Three status during his first season at the club.

Unfortunately, the following season, Tony and his team mates could not repeat their escape act as the club were relegated to Division Four, which brought Tony and the club into the orbit of Exeter City.

With the club continuing their struggles on the pitch, Tony left Barrow in 1971 after 113 appearances and made his way to the South West when he was signed for The Grecians by player-manager, John Newman. 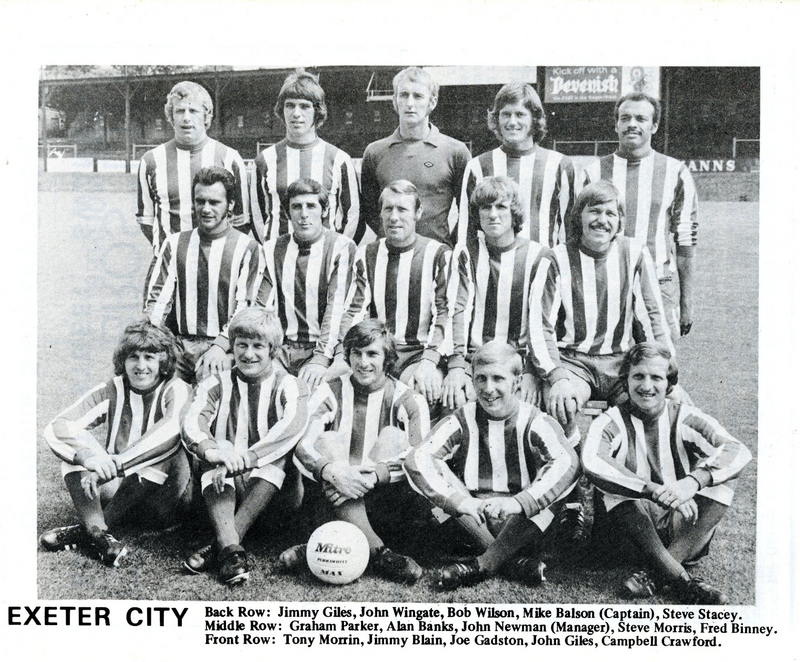 Tony made his debut for the club against Southport in August 1971 and looked at home alongside some iconic names in the club’s history, including Alan Banks, Fred Binney and Jimmy Giles to name just a few.

The player that the Express & Echo referred to as ‘City’s Midfield Dynamo’ remained at St James Park until March 1977, and while he left before promotion was secured that season, he had very much played his part in building towards that success with 180 appearances in almost six seasons at the club.

Of all his appearances, the most poignant may well have been when Tony featured for City against Barrow in his former club’s final Football League game in 1972, and with Barrow returning to the Football League once again this season, Tony will be firmly in our thoughts when the two sides meet again for the first time in almost 50 years on January 2.

For now, our thoughts and deepest condolences are with Tony’s family and friends, and all those who remember him fondly.