On a sunny September afternoon Exeter City kicked off their 2020/2021 campaign with a home victory over Poole Town.

The visitors took an early two goal lead, but two goals from debutant Esme Kilburn-Thompson, alongside goals from Ella-Mae Miller and Megan Robinson, helped City start the season in the best way possible.

The team then headed south for the Devon Derby against Buckland Athletic. Again the Grecians trailed early, but goals from the experienced duo of Anthea Kaptein and Abbie Britton, alongside a stunning strike from Connie Pengelly and two from Meg Robinson, saw an emphatic comeback victory as the team ran out winners by six goals to one.

The two Southampton Clubs were next. There was a hard fought draw at The Sports Hub against Southampton Women, Abbie Britton’s stunning strike levelling the game late on. Sadly, City did not fare so well as they travelled to Hampshire to face Southampton FC. A side hotly tipped to take the Title this season, City would suffer their first defeat as the hosts scored late to seal a three nil victory. 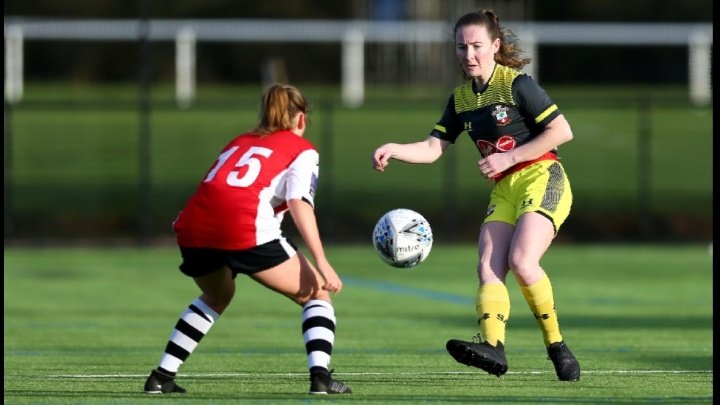 In the National League, a heavy home loss to an impressive Chesham United side came between two impressive FA CUP qualifying victories. On the comeback trail once again, City overturned a half time deficit to beat Swindon Town with two goals from substitute Connie Pengelly. With AEK BOCO standing between them and a First Round tie, the Grecians were in dominant form. Emily Toogood scored her first hat trick for City and, alongside, amongst others, a first City goal for Mia Preston, the road to the next round was secured with a seven goal to nil Home win. Sadly, that was to be the last of the action before the season’s suspension.

City now look in a good position to advance further up the League Table as we head into 2021 and will return to action this weekend as Cheltenham Town are the visitors in the FA Cup First Round.