Brennan Dickenson says he is excited by the prospect of coming into a promotion battle Exeter City.

Brennan has signed for City from MK Dons, having had a successful three-year spell at Colchester United before that where he played 93 times for the League Two club netting 15 goals.

“I am really excited to come here,” said Brennan. “It is the final part of the season now, so hopefully we can push on and get promotion. I have not been playing much as of late so hopefully I can come here and the manager can put his trust in me to come in and play.”

“The boys have put themselves in a great position and hopefully I can come in and help. It is exciting times.”

Having played against City a number of times during his career, Brennan says he has always been impressed with Exeter and its stadium. 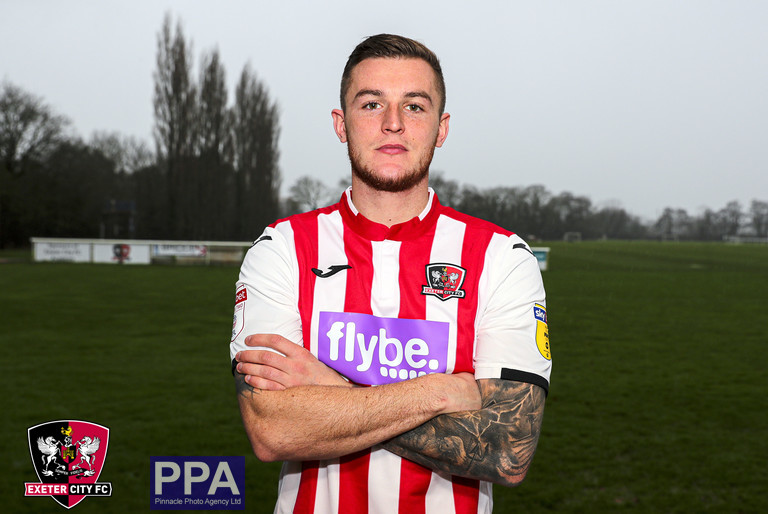 Describing his playing style, Brennan added: “I’d say I am very attacking. I like to get forward, but also I can do the defensive duties as well. I am strong, powerful and I like to think I have got a good delivery. However, we will have to wait and see how it goes and then I guess the fans can make up their own decisions.”