Exeter City are back in Leasing.com Trophy action, as they face League One side Ipswich Town at St James Park in the third round.

Ipswich Town were founded in 1878 as an amateur club under the original name of Ipswich A.F.C. The club didn’t turn professional until 1936, where they entered the Southern League for the 1936-37 season, following stints in the Norfolk and Suffolk League, South East Anglian League and Southern Amateur League.

The Tractorboys would enter the Southern League under the name of Ipswich Town FC, which was changed decades earlier back in 1888, where the club merged with Ipswich Rugby Club following ten years as an independent amateur side. After spending only two years in the Southern League, Ipswich were invited to join the Football League, following a Southern League win alongside a respectable 3rd placed finish between the years 1936 and 1938.

In 1961, Ipswich were promoted Division One for the first time in their history, following promotion from Division Two. The rich vein of success didn’t stop there however, as the following season, the Tractorboys won Division One in their first season with Sir Alf Ramsey at the helm. Following an FA Cup win in 1978, Ipswich would win arguably their biggest trophy in their history by winning the UEFA Cup against AZ Alkmaar in 1981.

In the modern day era, Ipswich have mostly been playing their football in the Championship, but last season suffered relegation to League One following their 24th placed. Despite the difficulties of last season, the Tractorboys have started strongly and look very much in contention for automatic promotion at the first time of asking.

Current manager Lambert was born in August 1969 in Glasgow, Scotland. The ex-midfielder made a respectable 574 appearances between the years of 1985 and 2006 following spells in Scotland and Germany. He started his career at St Mirren, where he made 227 appearances, scoring 14 goals in the process. He also played for clubs such as Motherwell, Celtic, Livingston and even Borussia Dortmund in Germany. 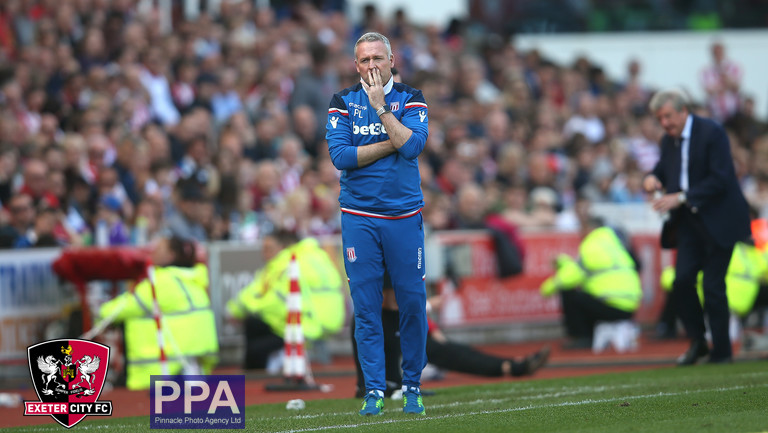 His managerial career could be described as somewhat of a rollercoaster, from Premier League football with Aston Villa and Stoke City in the past, to League One football with Ipswich in the present. Though he has spent the recent parts of his managerial career at the highest level, Lambert does have experience at this level and even lower. One of his first jobs in management was at League Two Colchester, who he managed to get into the play-off contention in 2009.

Lambert definitely seems to be a solid choice as manager, especially at this level considering the turbulent season that Ipswich had last season.

Portman Road was opened in 1884, following Ipswich’s move from Broomhill Park, which they played at between 1877 and 1883. In the past, the stadium has been used for other purposes, including the likes of concerts and other sports such as hockey. Not only that, but also International fixtures have taken place at Portman Road, including the England senior team, England under-23s and England under-21s.

In 2002, the decision was made to increase capacity of the stadium, which stood at 22,600 to 30,311, following Ipswich’s domestic success. This meant that the North Stand and South Stand were renovated, with the North Stand even being demolished and rebuilt into a 4,000 seater stand, alongside the newly renovated two-tier South Stand.

The record attendance at Portman Road stands at 38,010 during an FA Cup game against Leeds United in 1975, with the record league attendance standing at 30,152, which was set in December 2003 against local rivals Norwich.

25 year old Jackson started his career at Guiseley alongside Bradford City. Unfortunately, Jackson suffered a serious back injury, leading to his release from Bradford City before joining Albion Sports in the Northern Counties East League. 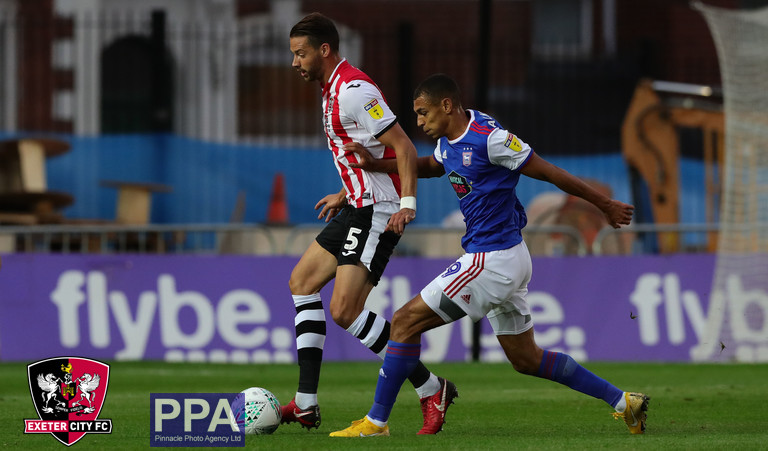 In 2013, Jackson entered a competition to essentially win a chance at a pro contract. This competition led to him being put into the Swindon Town development team to win a contract against a few others. In July 2013, he signed a year-long deal with the Robins following a successful trial period. He would spend all of his Swindon Town career on loan at nearby clubs Swindon Supermarine and Oxford City, where his form was a mixed bag.

He left Swindon in 2014 following his contract expiring with the club. After a few difficult seasons at clubs such as Tamworth, Wrexham, Barnsley and Grimsby, Jackson joined Accrington Stanley in 2017 following a successful trial at the club. The move to Accrington would prove to be a good one, as he scored 16 goals in 44 games to help Accrington into League One. Despite being offered a new contract, Jackson moved to Ipswich in 2018, following a prolific campaign the season before.

Exeter City held Championship side Ipswich Town to a draw, with the Grecians prevailing on penalties. Troy Brown was on target for City. The win set up a second round trip to Craven Cottage to face Fulham.

Two David Norris goals, the second in extra time, allowed Ipswich to see off Exeter in the Carling Cup.

Ryan Harley's fine shot from a tight angle gave the hosts a brief lead - before Ipswich levelled through substitute Ronan Murray. The Tractor Boys made it 2-1 when Norris beat Paul Jones' near post.

Harley forced extra time with an effort from 25 yards, but Ipswich had the final say, Norris following up to score after Jon Stead's shot had been saved. 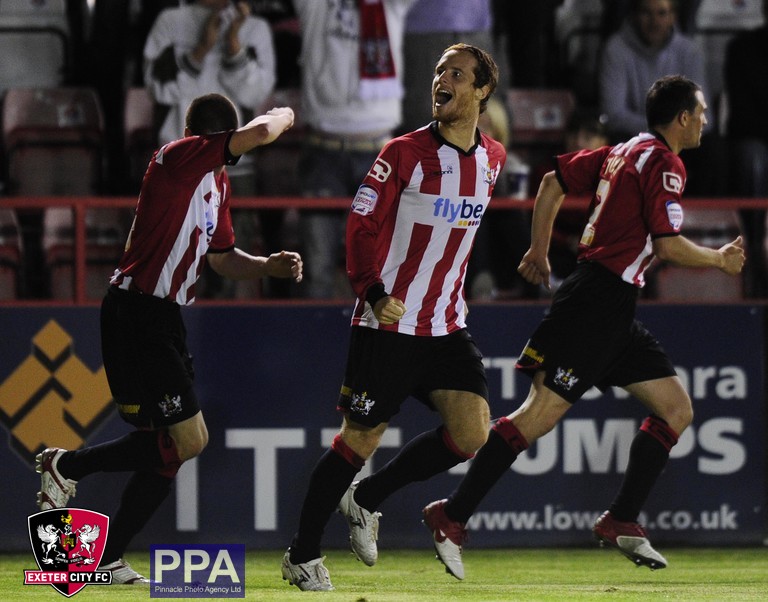 The IP Office Main Stand will be in use with the following prices: