Manager Matt Taylor admits his team won’t need a lot of motivating words before the match.

The Grecians travel to the County Ground knowing that a victory will take them to the top of the Sky Bet League Two table in front of more than 1,700 of their travelling fans. Added to that they will also be keen to put a poor second half performance at Port Vale in midweek behind them.

“I shouldn’t need to say too much before the game to this group of players,” admitted Matt. “They were highly motivated before the game on Tuesday, let alone after it on the back of a defeat."

Tickets are on sale in the Stratton End for City's trip to the County Ground to face Swindon Town on Saturday, February 1 in a 3pm kick-off.

City come into the match on the back of Tuesday's first defeat in twelve matches against Port Vale. The Grecians sit second in EFL Sky Bet League Two just two points behind league-leaders Swindon Town with a game in hand. 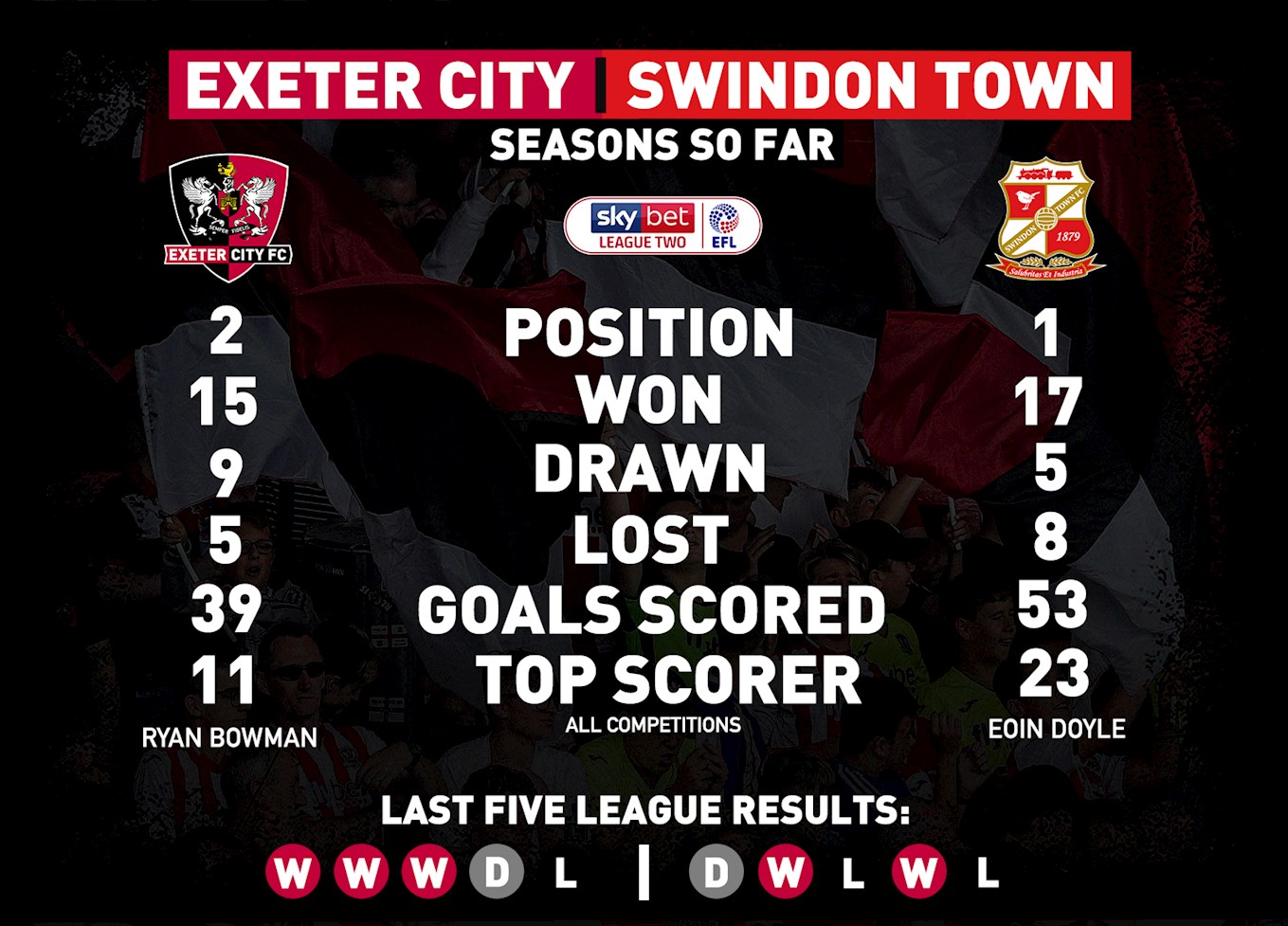 Swindon also come into the match on the back of a defeat - loosing 3-1 against Colchester United in midweek. The Robins sit top of the league with 56 points from 30 matches.

Colchester United stunned league-leaders Swindon Town with three late goals to take all three points on Tuesday night. The Robins had taken through Dialling Jaiyesimi but Luke Norris equalised with a well-placed header before Theo Robinson slid in to put the U's in front and sealed all three points with his second on 89 minutes.

A late goal from Eoin Doyle prevented Exeter City from maintaining their perfect start to the season in a 1-1 draw at home to Swindon Town. The Grecians took the lead midway through the second half as Matt Jay superbly diverted a Lee Martin shot past Luke McCormick.

The County Ground is located near the town centre of Swindon and has been home to the Robins since 1896. The ground has a current capacity of 15,728, all-seated, and away fans will be housed in the Stratton end and the Arkell stand.

Grecian Travel is now SOLD OUT for the trip to the County Ground!

Take the M5 and then M4, to junction 15. Take the Commonhead roundabout. Turn left onto the A4259 Marlborough Road. Take the second exit at the roundabout onto Queens Drive. At the next set of roundabouts take the third exit onto County Road. The entrance to the ground is on the first right.

The 11.27am train from Exeter St Davids will get you into Swindon at 1.18pm, while the 5.40pm train will get you back into Exeter at 7.45pm. Both trains change at Bristol Parkway.

Away fans are treated to their own bar, called Bar 71, which is located by the away turnstiles. However it is quite small and tends to fill up quickly, with door men preventing anyone else going in, so that it does not become over crowded.  The Cricket Club that sits behind the Arkells Stand lets in aways fans, plus Swindon Town centre is only a 15 minute walk away where there are plenty of pubs to choose from.

Click here to read a fans' guide to visiting the County Ground.

The total distance between St James Park and County Ground is 118 miles and should take around two hours and 15 minutes to drive. 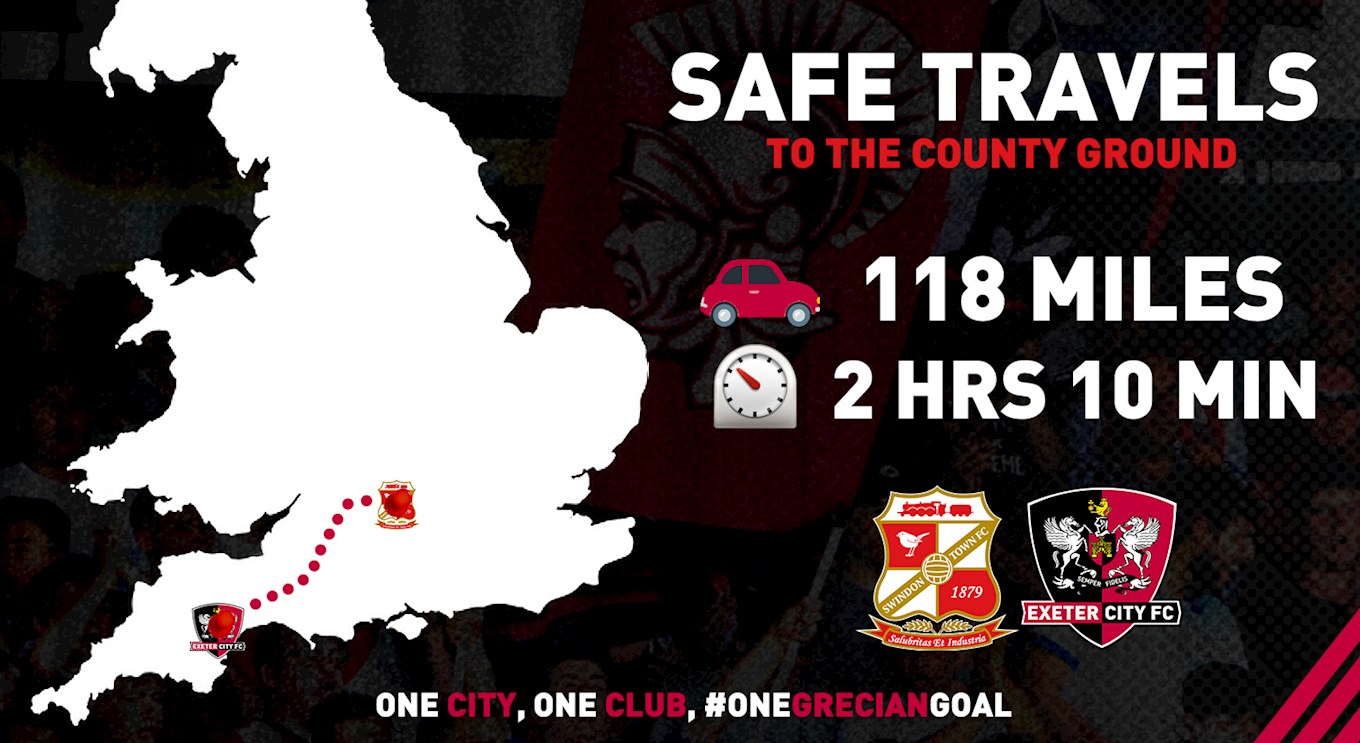