Exeter City have today confirmed the signing of midfielder Brennan Dickenson from MK Dons, but what do we know about the Grecians’ latest recruit?

Craig Bratt has the lowdown on City's latest signing...

Born In Dorset, Dickenson was a part of the youth academy at Southampton before joining Dorchester Town in the 2011-12 season where scored five goals in 22 games as a 17-year old. This caught the eye of Brighton and Hove Albion, but he never made a first team appearance for the Seagulls and instead was loaned out to a number of Football League clubs, firstly Chesterfield, scoring on his professional debut in a 3-2 defeat by Bristol Rovers. 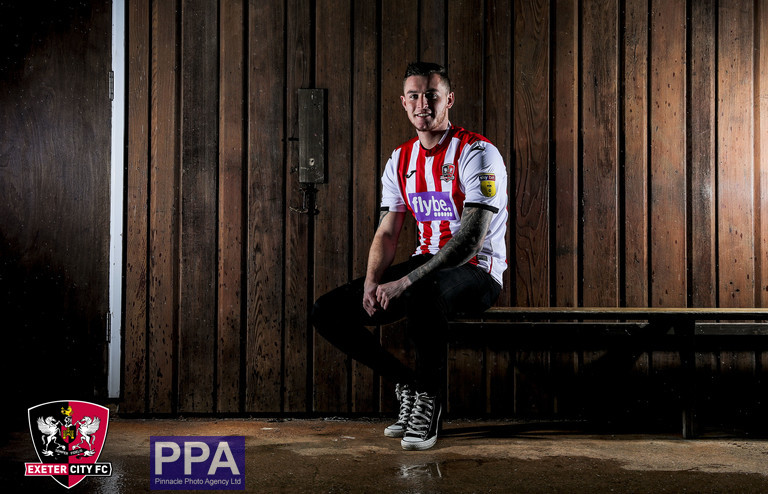 He then joined AFC Wimbledon for a month, scoring in consecutive games before agreeing a year’s contract extension on the south coast. Northampton was his next port of call, making 13 appearances and scoring once – in a 2-0 win over Hartlepool United.

Gillingham paid an undisclosed fee to bring Dickenson to Kent from the Seagulls, with the midfielder joining the club in June 2014. On his first start for the club, he netted in the club’s League Cup win over Yeovil Town and went on to make 42 appearances in the season scoring a further two times. In his second season he saw his opportunities limited due to the performances of Bradley Garmston and he was eventually released in May 2016.

He then joined Colchester on a two year contract before scoring on his league debut for the U’s in a 2-0 win over Cambridge. In his first month at the club he was named in the EFL Team of the Week two weeks in a row and was nominated for the League Two Player of the Month. In his first season at the club scored 12 goals in 29 matches and was named Player and Player’s Player of the Year at United’s annual awards.

Dickenson turned down a new contract at the end of his second season with the club and opted to join MK Dons, who were newly promoted to League One. He featured 12 times for the Dons this season, scoring his only goal in an Leasing.com Trophy tie against Wycombe.