Exeter City will be looking to extend their unbeaten run under the floodlights on Tuesday, January 28 as we take on Port Vale at Vale Park

Here’s everything you need to know about Tuesday night's opponents…

John Askey has been in charge of Port Vale since February 2019, he came in as the club was facing a relegation battle and guided Vale to  20th place after securing 16 points from 16 games in charge.

Tom is in his third spell at Vale Park having been on loan from Rotherham in 2011, which was made permanent at the end of the season. He would leave Port Vale for Bury in 2015 but would then return in 2017 and was made club captain in 2019.

Take a look at the Key Stats ahead of Tuesday's clash at Vale Park.

Goals in the last 10 minutes from Ryan Bowman and Lee Martin gave Exeter City a deserved three points with a 2-0 win over Port Vale at St James Park.

Law converted a second-minute penalty kick before Boateng gave goalkeeper Scott Brown no chance with a jaw-dropping volley as City bounced back from their loss at Macclesfield in fine fashion.

Tickets can only be purchased directly from Port Vale. The club does not have an allocation to sell. Please click here to find out more.

Unable to make it to Vale Park on Tuesday to watch City take on Port Vale? Don't worry! We've got you covered! 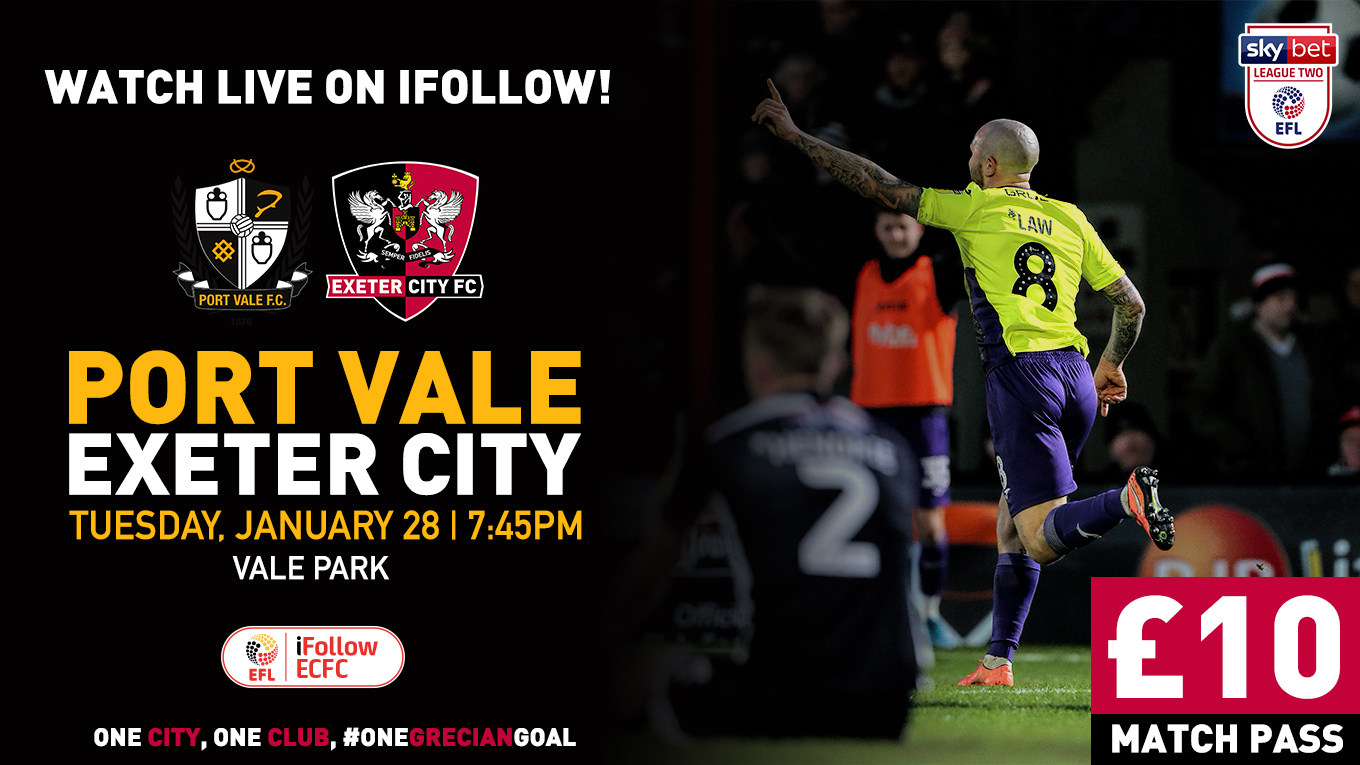