Gary joined the grecians on-loan from West Ham United during the 1999/2000 season and would score 19 times in 45 appearances becoming a hugely popular figure in a short space of time, winning the club’s player of the season.

In 2000, a group of supporters met to discuss plans to buy Gary for the club after his loan spell, but he was sold to Swindon Town and the focus of the supporters changed and the Supporters’ Trust was formed. 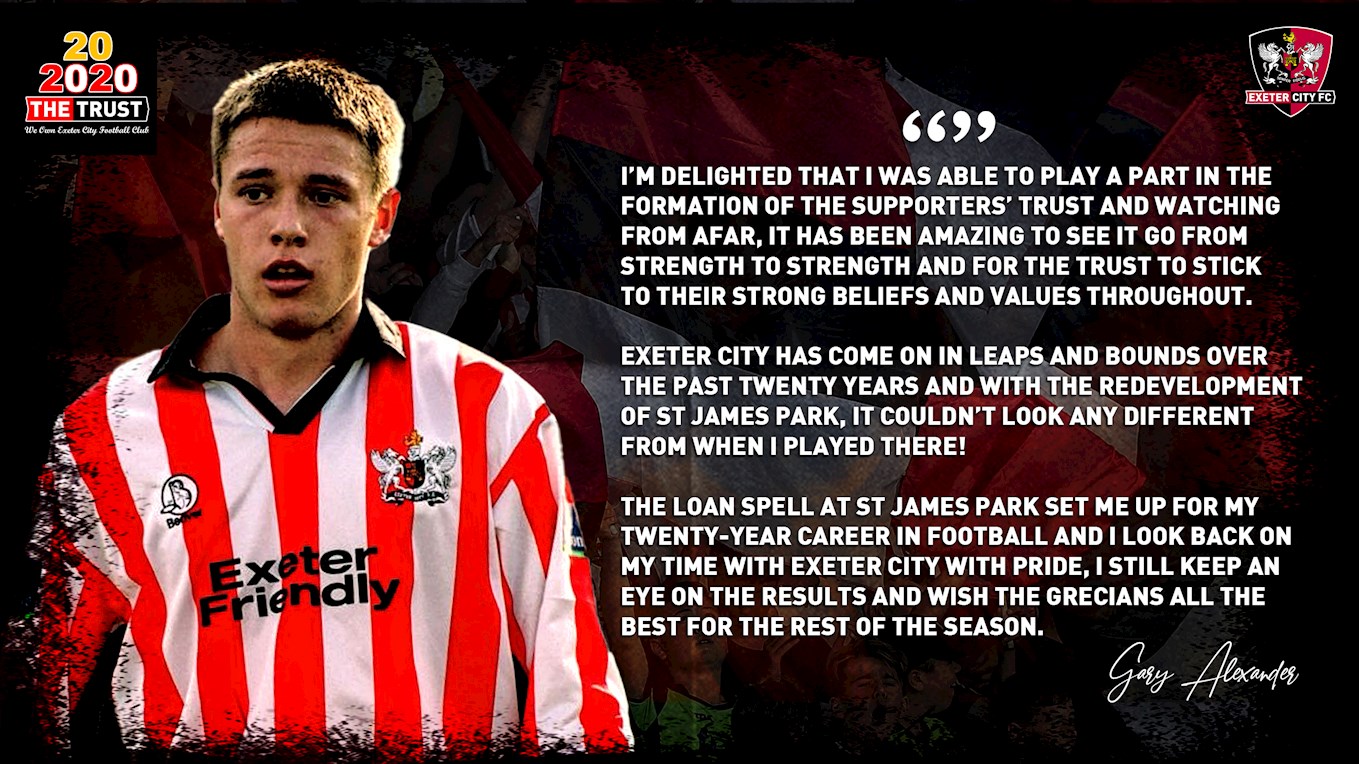 Gary said: "I’m delighted that I was able to play a part in the formation of the Supporters’ Trust and watching from afar, it has been amazing to see it go from strength to strength and for the Trust to stick to their strong beliefs and values throughout.

"Exeter City has come on in leap and bounds over the past 20 years and with the redevelopment of st james park, it couldn’t look any different from when i played there!

“The loan spell at st james park set me up for my 20-year career in football and i look back on my time with Exeter City with pride, I still keep an eye on the results and wish the grecians all the best for the new season.”

Gary would go on to have spells at clubs including Hull City, Millwall and Brentford and would end his playing days at Ashford United. he is currently manager of Glebe FC, who play in the Southern Counties East League Premier Division.