It’s a common belief that great players will go on to become equally great managers. Just a glance at the top of the Premier League will tell this to be true, as Pep Guardiola, Frank Lampard and Ole Gunnar Solskjaer all led stellar playing careers before moving into management in the top flight.

However, as Charlie Howell discovers in his look at previous Grecian mangers, this isn’t always the case...

Former England captain and Queens Park Rangers legend Gerry Francis was given his first managerial opportunity by Exeter City in July 1983, as he was appointed as the club’s player-manager, replacing Brian Godfrey who had resigned at the end of the previous season with the Grecians in 19th, just a point above the relegation zone.

There was much media and fan interest in Gerry’s move to the south west, as not only was this the former England international’s first managerial role, he was also moving down the leagues, leaving First Division Coventry City to play in the third tier. Wearing 10 on his back, Gerry made his Exeter debut on the opening weekend of the league season in a 1-0 defeat to Walsall at St James Park.

That loss unfortunately foreshadowed how the season would go for City, as the Grecians had to wait until October 3 to pick up their first win of the season, a 3-1 victory over Bradford City at Valley Parade. It took two more months until the St James Park faithful saw their first home win of the season as Hull were beaten thanks to Ray Pratt’s late winner.

City were struggling under Gerry’s leadership and, despite his best efforts, the Grecians could only win two more league games after Christmas, condemning them to the bottom of the League and relegation back to the Fourth Division. After the final day defeat to Millwall, Gerry left Exeter, resumed his full-time playing career at Cardiff City before short spells followed with Swansea and Portsmouth. Two final years as a player with Bristol Rovers saw out Gerry’s playing days before he returned to management in 1987, taking the Rovers hotseat.

Unlike his stint at City, Gerry was successful with the Gas, leading them to the Third Division title in 1990, an achievement which landed him the manager’s job at QPR. Gerry managed both QPR and Tottenham Hotspur in the early years of the Premier League before eventually ending his management career back at Bristol Rovers in 2001. Coaching spells with Stoke and Crystal Palace followed before Gerry retired in 2014, aged 63.

Stan was entering his third season with the Grecians when Gerry took charge and despite being a defender, Stan was towards the top of City’s goalscoring charts with nine goals in 31 appearances. 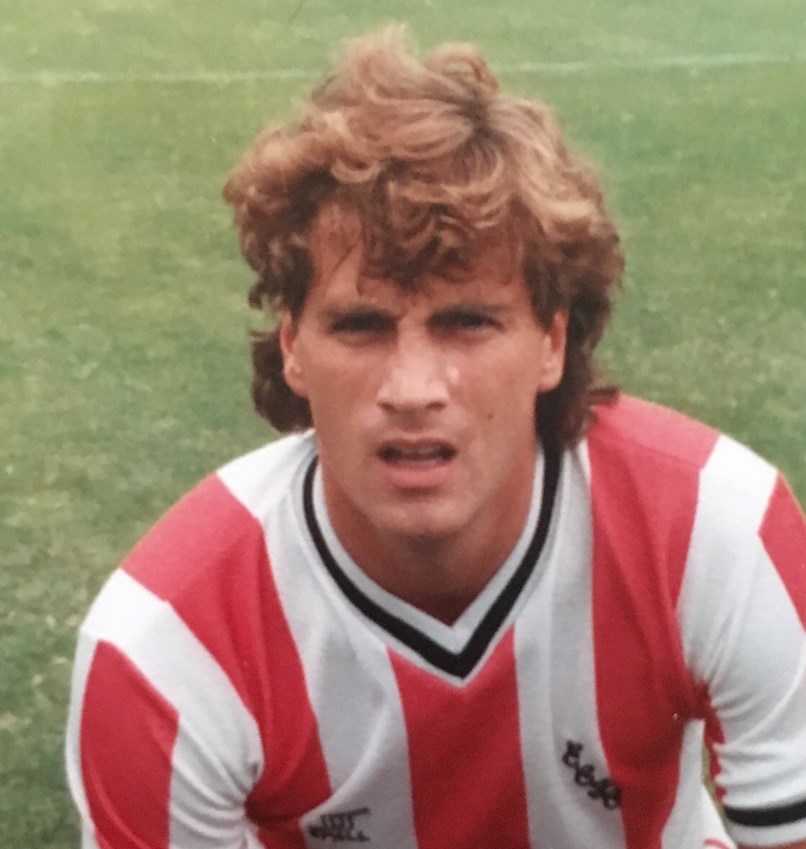 In Gerry’s only season in charge of City the Grecians finished at the foot of the Third Division table.