While some clubs prefer to go for tried and tested managers, Exeter City have been known to risk making younger appointments, often with great rewards.

Current manager Matt Taylor was 36 when given the job last year and Paul Tisdale was only 33. However, as Charlie Howell discovers in his look at previous Grecian Managers, this is not a new phenomenon.

Back in April 1953, Norman Dodgin was named as the player-manager of the Grecians aged just 31, but the appointment was so close to not happening.

One month earlier Tim Ward was appointed City manager, and he travelled to Ipswich Town with the team to watch them play from the stands. However, just eight days after being hired, Tim had to resign as manager. This was because he was still contracted as a player at Barnsley and they never released him from his contract, so the Tykes recalled him, making Tim their new manager.

This luckless series of events did eventually lead to a lucky break though for Norman, as he secured his first managerial job. Beginning his career at Newcastle United, Norman made 84 appearances for the other St James’ Park club before moving onto Reading and then Northampton.

It was at the Cobblers where Norman got the surprise call, offering him an interview at Exeter, and it was an opportunity he couldn’t turn down. One successful meeting later, Norman became the Grecians’ player-manager and the youngest boss in the Football League, inheriting a City squad that had finished a mediocre 17th in the 1953/54 season, just four points above the re-election places.

Any doubts about Norman’s ability were quashed after his first match in charge, a confident 2-1 victory over Leyton Orient where the new manager made his debut on the pitch. That win foreshadowed an improvement in City’s fortunes that season, as the team jumped eight places in the table that season to finish ninth in the Third Division South. It was Exeter’s highest league position since 1934.

Unfortunately, Norman couldn’t follow up this success in his second season as the Grecians finished 22nd but, due to his unique tactical knowledge and likeable personality, Norman felt little pressure from the board.

After retiring from playing in 1955, Norman could never replicate his first season with City, ultimately resulting in the former defender being sacked in 1957 after a 21st place finish, despite his players demanding a meeting with the chairman in an attempt to change his mind.

Norman went onto manage Yeovil, Barrow and Oldham Athletic, before retiring in 1960, aged 39, and returning to Exeter to run an newsagents in Countess Wear.

The City legend was entering his second season at the club when Norman became manager, and it was under the former defender’s leadership that Arnold was converted to half-back, a role which he kept throughout his long career at Exeter City. 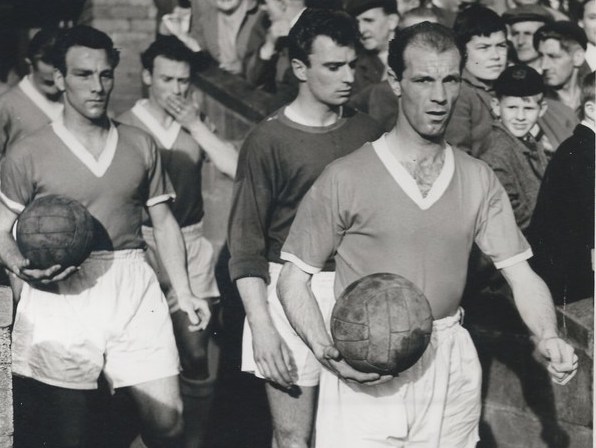 Norman led City to their joint highest post-war finish of ninth in the Third Division South.