City had plenty of the ball, especially in the second half, but struggled to create clear cut opportunities in a game where defences were on top. And then, with less than 10 minutes to go, Cohen Bramall curled a free-kick home to give the Essex side a slender advantage going into Monday night’s second leg at St James Park.

“We were disappointed to come away having got beat,” said Matt. “Both teams, you could see how physically tired they were towards the end and we just didn’t quite have it in our legs, and to concede that set-piece goal was disappointing.

“However, I was pleased with our structure and our attitude. We have to improve in possession. We got into some really good positions, but we didn’t quite have it in our legs and our bodies to use that ball better in the final third today.

“It was difficult. I think you could see both teams were going at it, but both teams didn’t quite have it in their bodies, not in terms of ability, but in terms of legs when they won the ball back.

“It was probably a game that was a little bit short of quality in attacking areas. We got in the positions, we just were not quite slick enough or good enough in possession. Our attacking players worked their socks off but very rarely were they able to beat a Colchester player today.”

City have a fresh injury concern going into Monday as Lee Martin came off in the first half with a calf problem. However, Matt says the players will have to dust themselves down, recover quickly and attack Monday’s game.

“It is not ideal because it looks like we will lose Lee (Martin) for Monday night and that is an influential player within the group, but we have got to dust ourselves down,” he said. ‘The lads that played 90 minutes full credit to them. However, they are going to be asked to do that again on Monday night and we have got to be a little bit more aggressive with our play and test the opposition back four and goalkeeper a little bit more than we did tonight.

“I don’t think there was too much between the two teams. Colchester had a bit more know-how in terms of that attacking third and they just gained more pressure than we did. We had moments in the attacking third but they weren’t sustained and when we are at home we need to sustain those attacks and that will take some pressure off the lads physically and then hopefully then they will make better decisions and move the ball better than they did tonight.

“The fact that we will get home late tonight (Friday morning) isn’t ideal because there will be slightly different training time tomorrow (Friday). We will then do a bit of work over the weekend and then we have got to go into Monday all guns blazing and attack.” 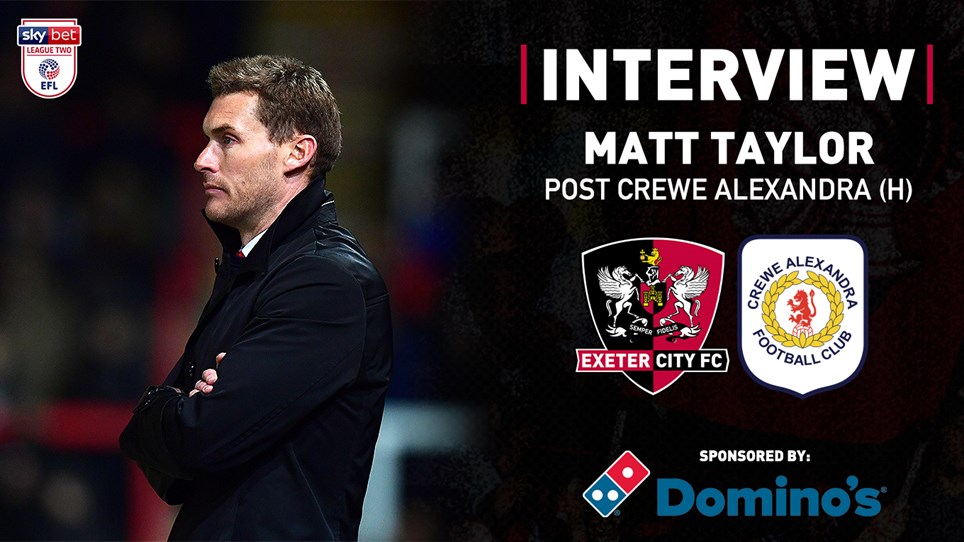 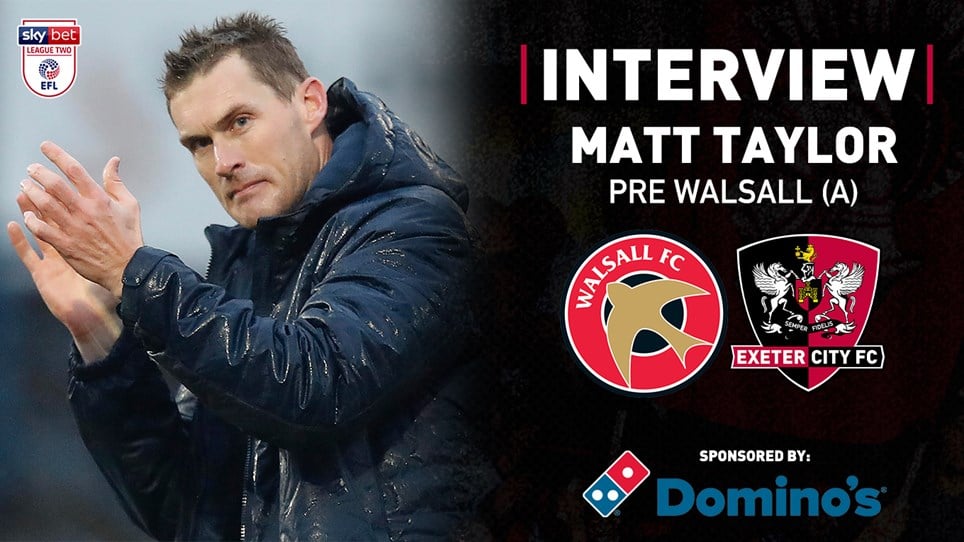 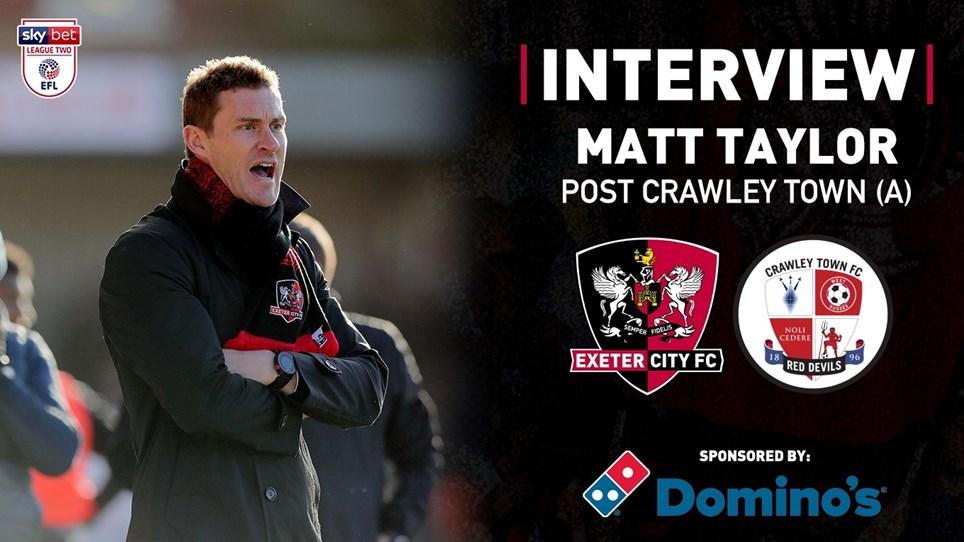 💬 Matt Taylor: "I was really pleased with the last half an hour. We played forward, played simple and we made things happen."


Exeter City manager Matt Taylor said he was pleased with how his side battled back in the final half hour of their match with Crawley Town. 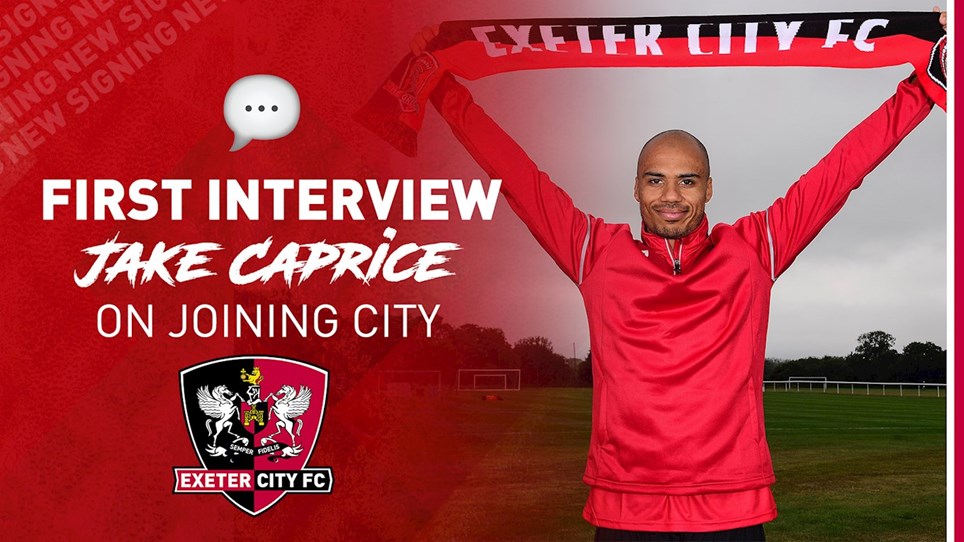 💬 Jake Caprice: "That is 100 per cent the aim. Go one better and get this club into League One.”


Jake Caprice has set his sights on helping Exeter City ‘go one better’ next season having signed for the club. 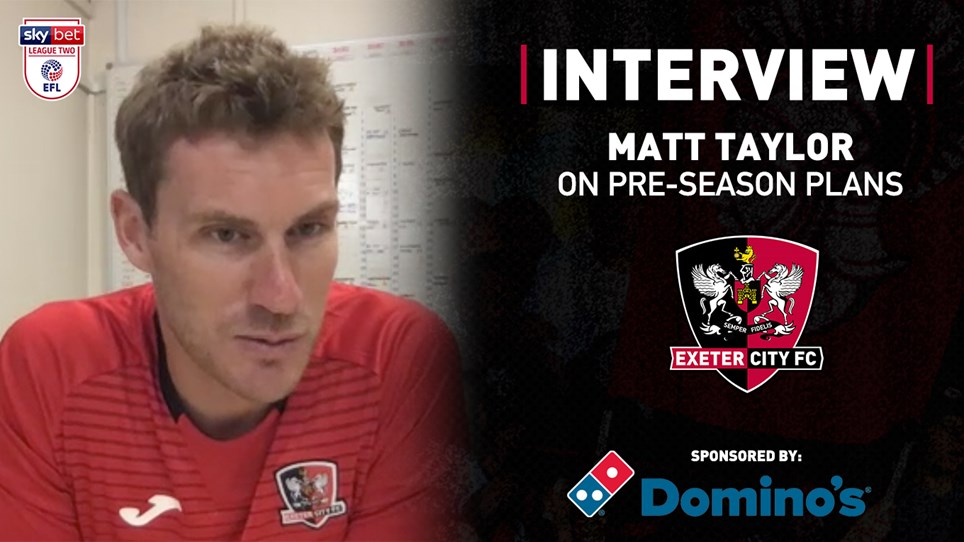 💬 Matt Taylor: "We have sent out two contracts, which have been agreed verbally, but not signed as yet."


Exeter City manager Matt Taylor gave fans an update about a couple of potential signings ahead of the players return to pre-season training on Thursday. 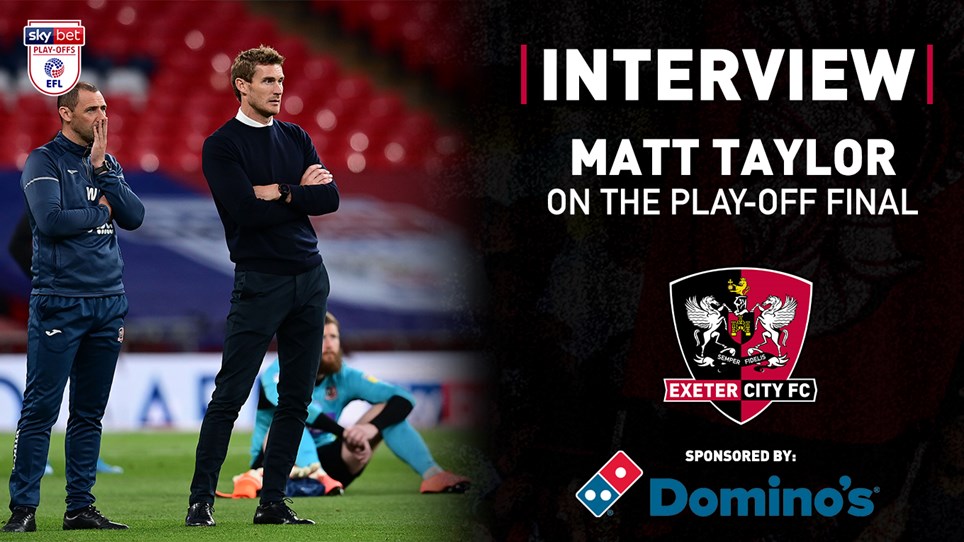 💬 Matt Taylor: "They are our football club. They own our football club and they have a big say in everything that goes on and nobody is hurting more than the fans, but the players are hurting as well."


Exeter City manager Matt Taylor asked for the supporters to stick by him and the team following the Sky Bet play-off final defeat to Northampton Town. 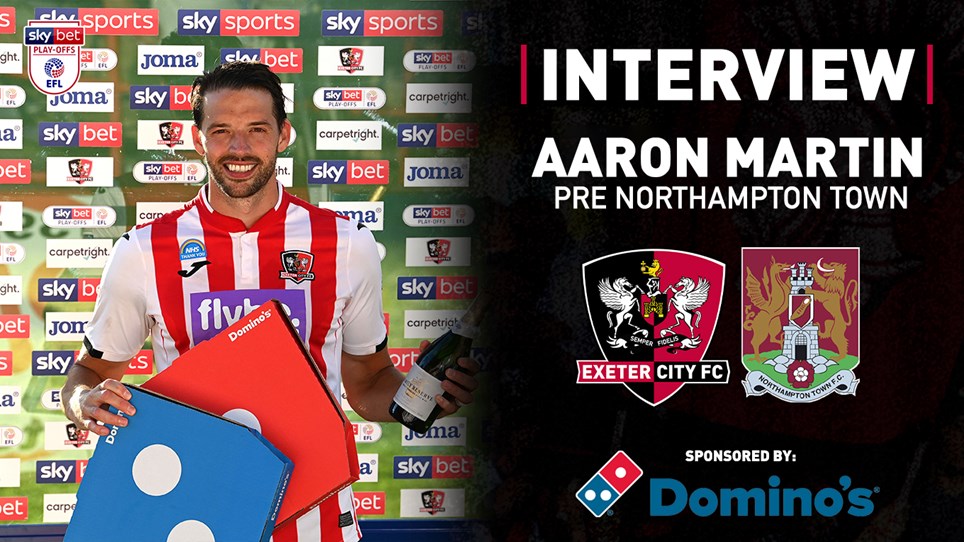 
Aaron Martin has spoken of his delight that Exeter City’s hard work during the COVID-19 lockdown has been rewarded with the opportunity to win promotion to League One in the Sky Bet play-off final at...