Exeter City manager Matt Taylor reiterated how proud he was of the club following our play-off semi-final victory against Colchester United on Monday night.

More than 1,200 cardboard cutouts were installed in the Stagecoach Adam Stansfield Stand for the game and the manager said that spurred the players onto victory in the second leg.

“To see that many cardboard cutouts was absolutely fantastic,” he said. “It just shows you everything about this football club. I am really proud of this football club and hopefully it has held itself in good esteem for the wider audience today. 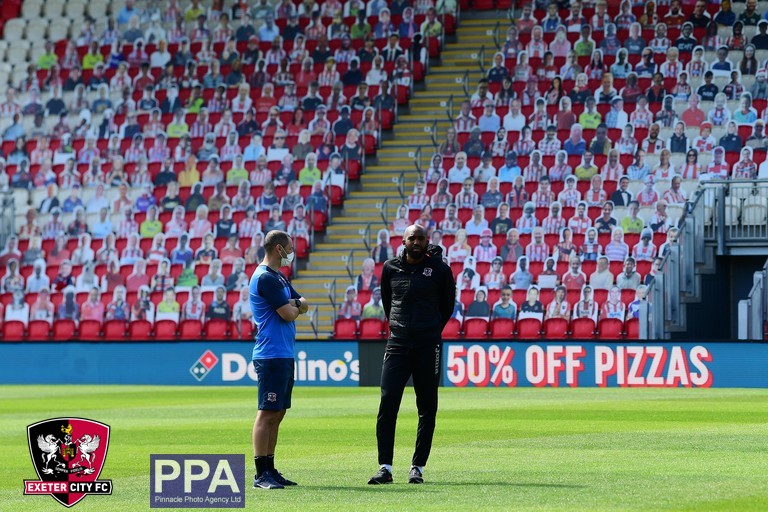 "We are one game away now from what we wanted to do at the start of the season. It is a huge opportunity. It will take a huge effort, a monumental effort, it was something similar against Colchester. The players have to see this moment for what it is. It is a fantastic achievement and now we are one game away.

“The way that group of players kept going against Colchester showed real character. They have got quality. We have got to understand that and we have got to keep showing our character first and foremost and our quality will come off the back of that so.

"I keep using that word ‘opportunity’ we were disappointed not to get the opportunity to get promoted in a normal league campaign. That was taken away from us. So now we have got one more game and that is a huge opportunity.”