As Exeter City head to Wembley Stadium for the League Two play off final they’ll be taking with them a grand total of 1,748 virtual ‘cut out’ fans.

And in amongst them will be some very famous faces – including Coldplay’s Chris Martin, comedian Ade Edmondson and a dozen faces from the club’s past, which make up its Hall of Fame.

The club launched its Grecian in the Ground campaign earlier this month, when the coronavirus pandemic meant matches had to be played behind closed doors. It invited fans to buy cut outs of themselves for the semi final at St James Park. More than 1,200 took up the opportunity, with a further 500 snapping them up for the final. The Supporters’ Trust have paid for the original cut outs to be taken to Wembley as a special thank you to fans. 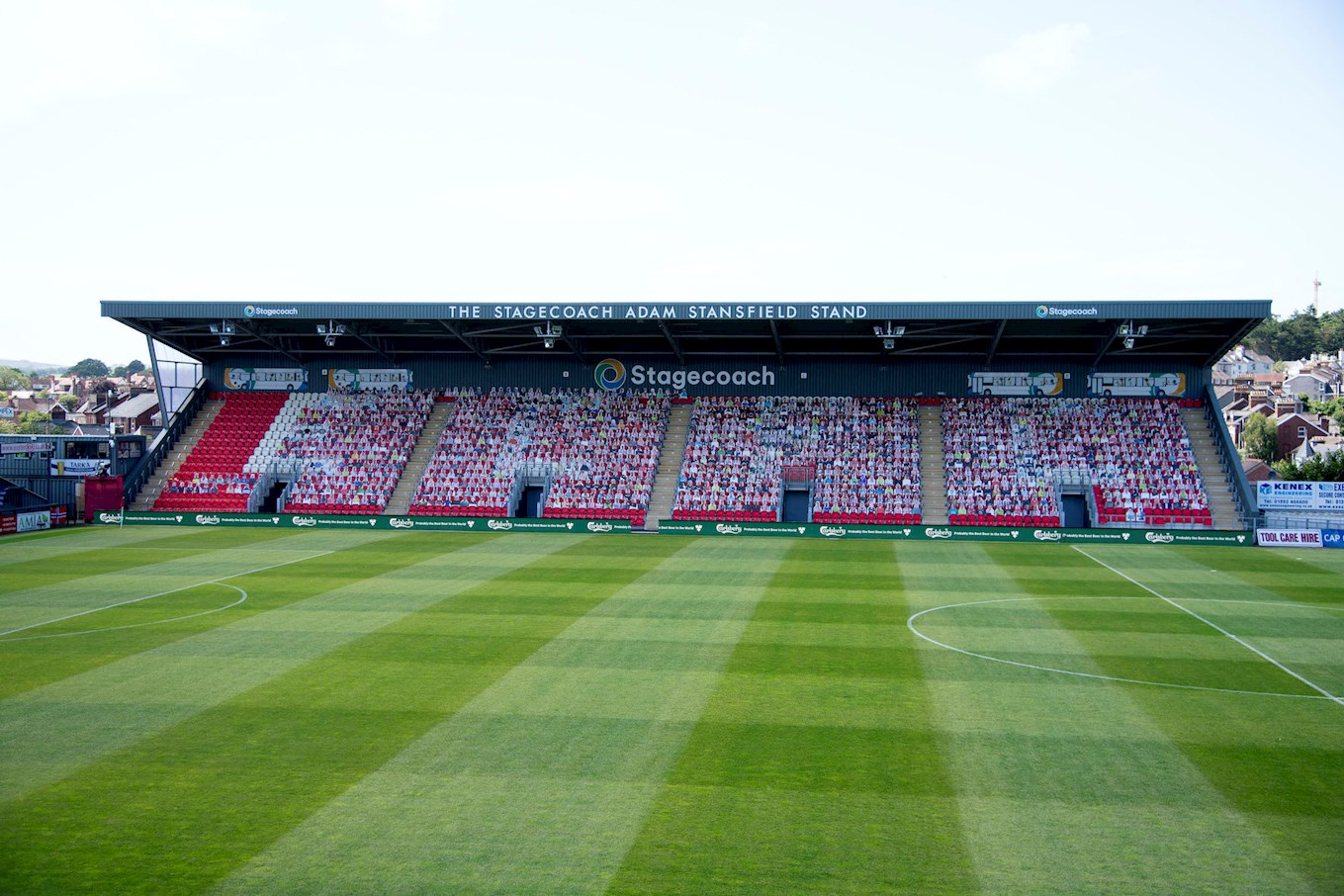 The League Two final, which sees city take on Northampton Town for a place in League One, will also be played without crowds. The club eventually plans to get the cut outs, which are environmentally friendly, signed by players and collected by fans.

The 12 players from the club’s Hall of Fame who will be appearing in the stands at Wembley are: Sid Thomas, Dick Pym, Cliff Bastin, Reg Clarke, Arnold Mitchell, Graham Rees, Dermot Curtis, Alan Banks, Jimmy Giles, Tony Kellow, Peter Hatch and Adam Stansfield. They have been sponsored by the Exeter City Museum and the Grecian Archive.

Scott Palfrey, marketing manager, at Exeter City Football Club: ‘We were delighted to hear from Chris Martin’s team and are looking forward to seeing his cut out alongside our many many loyal fans and our stars from the past.

‘This has been a great opportunity for fans to get behind the club, show their support for the team and also help support the club financially during this challenging time. We’re looking forward to seeing them all in place at Wembley.’