The display, of 19 iconic photos from the Trust era - the majority taken by our club photographers Pinnacle Photo Agency - was created in collaboration between the ECFC Museum, the club and Supporters' Trust and the University of Exeter, thanks to funding from the National Lottery Heritage Fund, and will be there for all supporters to see when football returns to SJP.

Th final photo for 2020 will be selected by a fan vote at the end of the season, so keep an eye out for that.

However, in this four-part series, museum officer Will Barrett took the time to talk us through the photos he chose. Below are his thoughts photos from 2005 to 2009 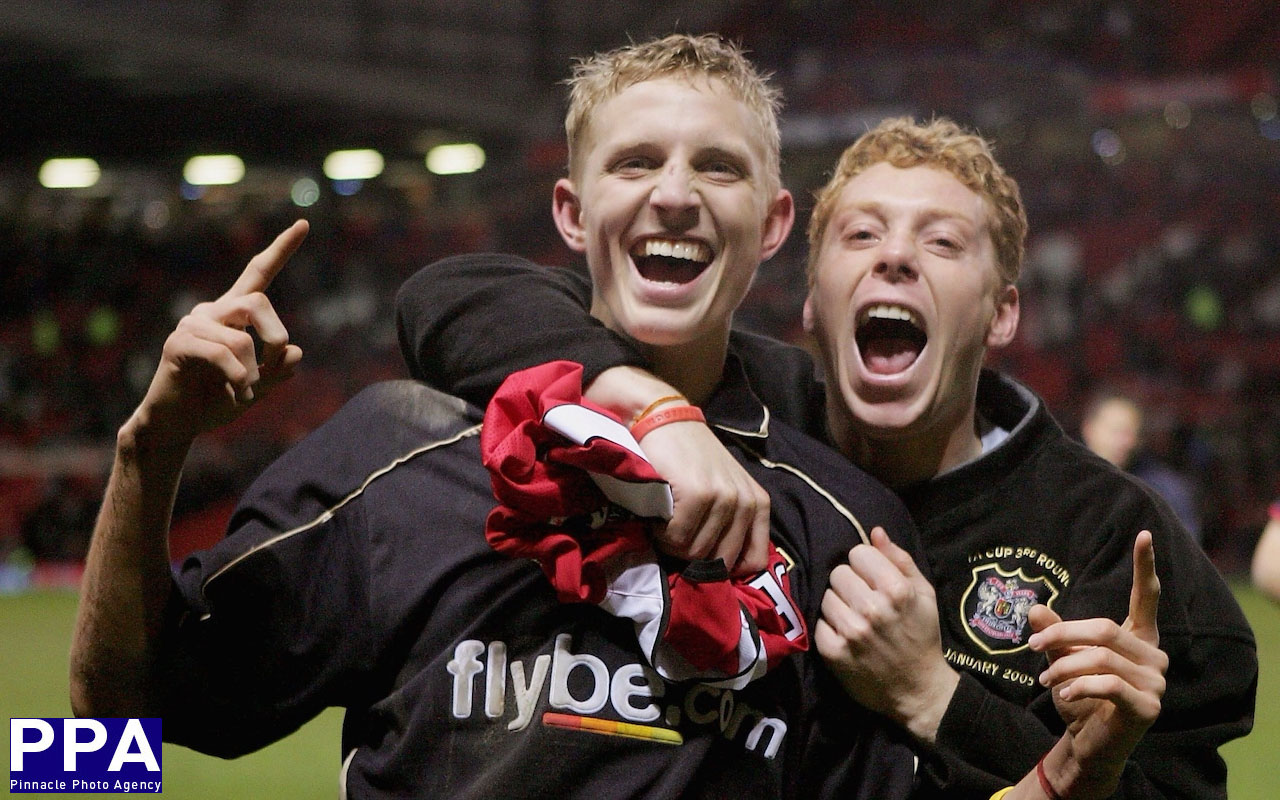 This picture is from a very memorable game in terms of Supporters’ Trust history. One of the briefs we had though was that all the pictures would be in the red and white shirts, but this is the only one that isn’t. However, Gareth Sheldon, is holding a Manchester United shirt that he managed to pick up, so you have still got red and white in the picture. So, we managed to get away with it on that point. It is a great photo and people will instantly recognise where that is from and we liked it because it is just two young lads who are absolutely buzzing. 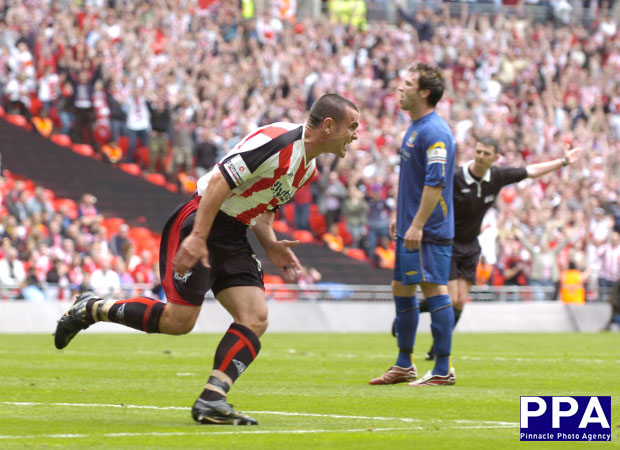 This is the club’s first ever goal at Wembley Stadium scored by Lee Phillips, which is remarkable. We would go onto lose the game, but it is a wonderful photograph because you have got the mixture of delight and despair, not just in the opposing players expression but in the background with the fans. It is almost like it flips from one side to the other as well when you go from the foreground to the back.  You have got Lee Elam’s delight, to fans sitting down behind him and then on the other side of the photo, the Morecambe player’s despair to the City fans cheering behind him. 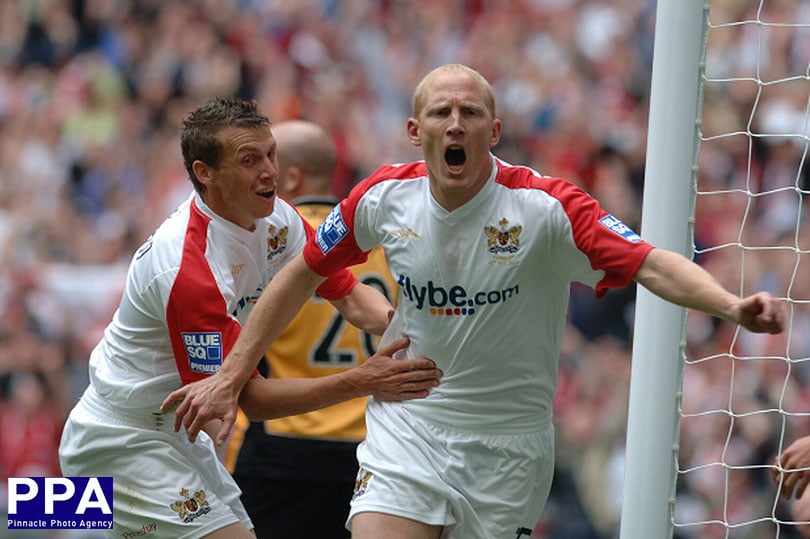 There were some great pictures from this whole campaign, especially in the play-off semi-final, but we just had to choose this picture for 2008 because it is the winner at Wembley. It is also the first of two photos that has got Adam Stansfield in it and I think that makes it even more iconic. It seemed quite appropriate for a display next to the Big Bank that he was included.

I think this is one of Pinnacle Photo Agency best during their time covering the club. There is a wonderful story Phil Mingo, from PPA, tells about this picture of how he talked to Adam before this game and told him to make sure he ran towards the camera if he scored. He says you could see him run off to celebrate in the wrong direction before realizing and running straight to the camera. It is a real special picture and one that lots of fans would pick out as their favourite, so we decided it just had to be included.

We hope you enjoyed part two of this edition. Keep an eye on our website tomorrow for Will’s thoughts on the photos picked from 2010-2014.