Exeter City players will be warming up in Andy's Man Club t-shirts before Tuesday night's match against Crewe Alexandra at St James Park to help raise awareness of the group.

Andy's man club has become one of the most important organisations working to help men today – the group sessions are changing the lives of hundreds who have hit rock bottom and are continuing to grow in number at a remarkable rate.

The founder of Andy’s Man Club, Luke Ambler, tell us more about how the groups work.

What happens at Andy's Man Club?

You go to any club and they will all run the exact same. The model is set up so if you’re a truck driver and your club is in Devon, but you’re late on a ferry from Amsterdam and end up stuck in Hull, you can go to the Hull group, and it’ll be exactly the same. 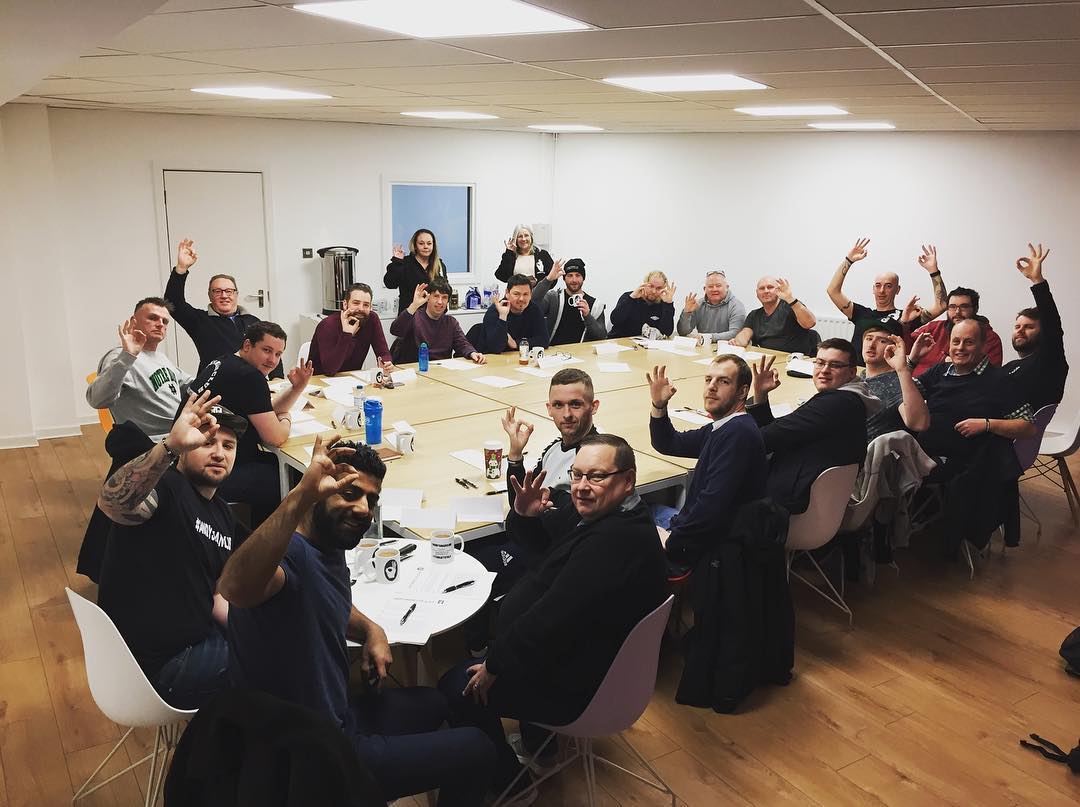 You come in – there’ll be someone there meeting you outside saying come in in case theyre needed – you get a brew, you sit down with the rest of the lads and we get the ground rules out of the way:

No phones, or at least on silent if you’ve got an emergency.

Whatever is said in the room,stays in the room. A bit like Fight Club without the fighting.

Those are the ground rules. After that, your facilitator will say, “how’s your week been?” We’ve got a little football or rugby ball and we pass that around. People say how their week’s been. And then it follows on from there with, “What’s a positive from your week?” We start to make people think positively. Then we have “anything to get off your chest?”

Those three questions are always there, and the last two questions always change. It might be something like, ‘What’s your goal between now and next week?’, or ‘Tell us someone who you appreciate in your life and why.” So it really starts to make people think positively.

And then after that people have a brew, and a bit of an open chat, and then everyone leaves. They can get added to a private Facebook group if they want, within their own group, and then they get support through the week from the guys in the group.

It’s beautiful when you see a guy who comes to a group for the first time, broken, and then four weeks later he’s telling someone else, ‘don’t worry about it being your first night, I was there as well. If you need anything, message me.’ That’s beautiful, man.

To find out more about Andy's Man Club at Exeter City you can follow them on Twitter: @AndysManClubEXT or you can email peter.ferlie@ecfc.co.uk