The club has agreed a three-year deal - starting from the 2020/2021 season - with the company, who are Europe’s leading retailer of carpets and floor coverings.

Carpetright, which has more than 300 stores and concessions across the UK, with a further 120 across Ireland, the Netherlands and Belgium, will become the club’s new main sponsor, after its long-term arrangement with former sponsor Flybe came to an end this season.

In a joint statement Julian Tagg, chairman and director of football, and Nick Hawker, chair of Exeter City Supporters’ Trust, said: "We are delighted to announce Carpetright as our new sponsor. As a company they share a similar ethos to Exeter City with a strong focus on community and it feels like the beginning of a fantastic partnership.

"We know that we are in very uncertain times and many of our fans will be concerned about the impact of coronavirus on their lives, but we felt it was essential to share this important and positive news for our club."

As part of the deal Carpetright has agreed sponsorship towards the running of Exeter City Women. They will also be launching a UK-wide initiative to support grassroots clubs. The campaign, which will see the company making a £500 donation every time Exeter City win a game, will invite sports clubs to apply on social media using #wewinyouwin.

Wilf Walsh, CEO of Carpetright, said: “We’re pleased to be sponsoring Exeter City FC and we have committed to supporting them for the next three years. The supporter-owned club plays a vital role in the local community and we’re glad to be able to play a part in their continued success.”

Wilf, who was born in Exeter, is an IP Office stand season ticket holder and Supporters’ Trust member, along with his son Harry. 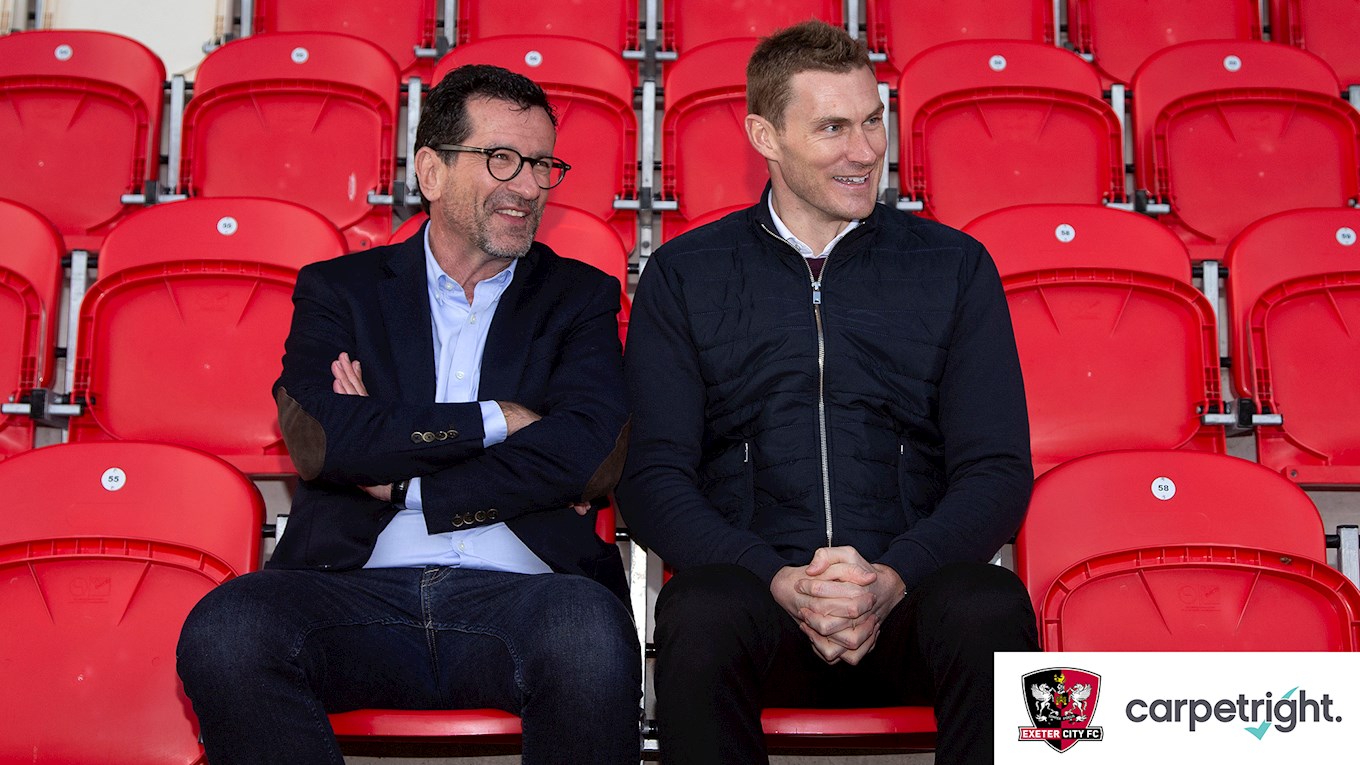 Exeter City manager Matt Taylor said: "We are very grateful to Carpetright for their support of Exeter City. Support like this is vital to our club and I hope it will be a beneficial relationship for both of us. It's also great to see their UK wide initiative to give a donation to a grassroots club every time we win - a real reflection of their community commitment."

Play across the football leagues is currently suspended until April 3. In a statement issued yesterday the EFL Board stated it was working on plans which are in the ‘best interests of the EFL and Clubs to complete the current season at the appropriate time'.