Signed Exeter City boots are up for auction to support support the Boot the Virus campaign that will raise money to support the NHS as they continue to fight against the coronavirus.

The campaign has already raised an incredible £50,000 and was created by lifelong Preston North End supporter Kenny Marland and his partner Joanne Dalton to unite the football community across the UK in a bid to raise funds for the incredible NHS heroes.

The initiative is simple, they are asking for professional footballers to donate a pair of signed matchday boots which will then be auctioned online with all of the funds raised going directly to the NHS.

The following players have provided a signed pair of boots for auction:

The auctions finish at 3pm on Monday, May 25. For more information please visit bootthevirus.com.

Kenny is currently undergoing chemotherapy treatment in his fourth battle against cancer, and speaking of the campaign, he said: “I have a personal affinity with the NHS heroes due to my vulnerable situation, I am frustrated at having to stay at home when I would rather be volunteering to help the wonderful people at the NHS. 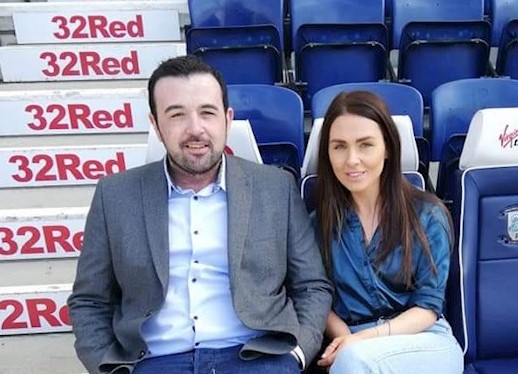 “I was pondering how I could combine my passion for football and help out, then the idea of Boot The Virus came to me in a chat with Joanne. I then put the idea into the notes section on my phone and sent a copy to Tom Clarke to see his thoughts. Tom said it was a good idea and that he would back the campaign. That then gave us the confidence and belief to give it a go! So, we are asking professional footballers from all the leagues in England to donate a pair of their signed matchday boots.”

"I know times are difficult right now, but the plan is for all donated items to go to an online auction via our website, giving fans the opportunity to own a piece of sporting memorabilia with 100 per cent of the monies raised going directly to the NHS. It helps the heroes in the NHS and brings some joy to football fans by owning such an item.”

Speaking on behalf of the players donating, City captain Jake Taylor added: "We are delighted to be able to support such an important campaign to help raise money for the NHS who are the true heroes right now."

The auction will go live on Friday 1st May, and is set to finish at 3pm on Monday 25th May. For more information please visit bootthevirus.com and if you have any queries please contact: admin@bootthevirus.com.