Exeter City kick-off their EFL Trophy campaign on Tuesday evening as they face Forest Green Rovers in a 5:30pm kick-off.

The match, City's first one of the new season at home, will again be played behind closed doors, but can be streamed live on iFollow with a match pass at £10. Don't forget when you buy a pass you will be sending vital funds to the club.

After Saturday's match at Ashton Gate, manager Matt Taylor said he will use the match as an opportunity to give the rest of his squad a chance to force their way into the starting line-up for Saturday's League Two season opener away at Salford City.

The rules don’t allow us to make 11 changes but I don’t have enough players to do that anyway." said Matt. “Some of the players who played today will have to back it up, but we have to be sensible. We will go into the game on Tuesday night and try and win it, but are still working towards Saturday, and no disrespect to Tuesday, but it is all about Saturday.”

Exeter City midfielder Harry Kite is looking forward to the opportunity to play at St James Park again and to show the fans and Matt Taylor what he can offer the team.

*BBC Radio Devon are not covering the match, we are looking at providing our own commentary 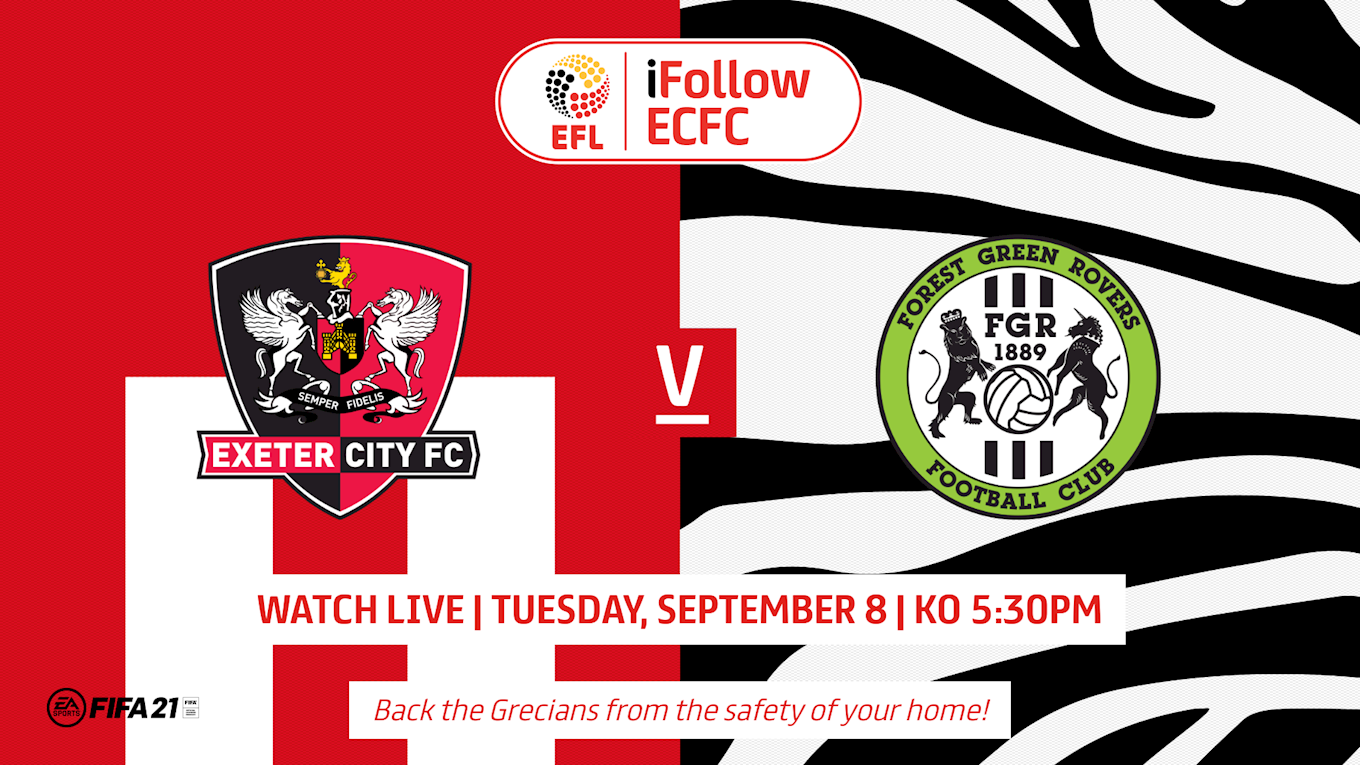 Forest Green Rovers fell to an opening day defeat, as Leyton Orient ran out 2-1 winners in the Carabao Cup first round.

The home side opened the scoring shortly after the half hour mark, but two goals in four minutes – courtesy of Danny Johnson and Conor Wilkinson – turned the tide of the encounter.

Exeter City’s earned a valuable three points at Forest Green Rovers despite being reduced to 10 men for the majority of the second half.

The Grecians, who took the lead after four minutes through Nigel Atangana, had their goalscorer sent-off for a straight red card a minute into the second half and then had to withstand 18 shots at their goal, including one penalty, to earn a victory.