Matt Taylor has told the press his side are raring to go and ready for the challenge of Salford City on Saturday.

The trip to the North West is City’s first regular league fixture in 185 days and will feature a very different side to the one that finished the play-off final in July.

“We learnt a lot from the game at Bristol City and we go there with a squad that is a lot stronger than this time last week.

“There are more players back in contentions and players in better positions than they were.”

After playing in Tuesday’s win over Forest Green, Pierce Sweeney and Tom Parkes are close to full returns with only Ben Seymour a definite doubt for Saturday’s trip through illness, and Taylor says he is pleased with the squad’s progress.

“Alex Fisher is back in contention after missing the game. Nicky Law has been with the physio’s this week but trained with the group today.

“Jack Caprice and Alex Hartridge aren’t far away. It is a case of who we are able to throw into a game that is going to be intense from the start.”

Salford are a relatively unknown opponent for the Grecians, having only faced each other once – last December in the league. It was the fixture that was meant to take place just two days after the league was curtailed due to the Coronavirus and Taylor says it will be a different experience to last season’s 1-0 win.

“We know what a tough place Salford is to go. It is going to be a strange experience going up there without any fans compared to last season, but we’re hoping for a similar sort of result.

“They are a side tipped to do well and rightly favourites because of the amount of money they’ve spent. They have invested in good players for this level.

“We have a good core set of players ourselves though and I believe in them. Hopefully we will get a good points return from a good performance.

“I can’t control how Salford play or what Salford do, but it is in our own hands in term of our own performance. We have to be physically and mentally ready. It is a game we’re really looking forward to.”

Saturday’s clash at the Peninsula Stadium will likely see league debuts for City’s summer signings and youth academy products who have featured in the last couple of weeks, including McArdle and Josh Key. Taylor believes the mix of youth and experience will be a good test for the side.

“Some of them made their debuts on Tuesday and some at Bristol, and there will be some of the boys making their league debuts on Saturday as well.

“But also the likes of Rory McArdle in terms of league experience, as well as Lewis Page who has the experience as well.”

Taylor was keen to add the importance of the club’s fans during the difficult period in football and stresses while we cannot be together in stadiums just yet, the support via iFollow is still hugely appreciated.

“Everything is so uncertain and it is really difficult so it is really hard to predict when we’re all be together again, but I know we will have their support and they’ll be watching on iFollow.

“We are all still together, even if we aren’t physically. We can’t wait until they are back.” 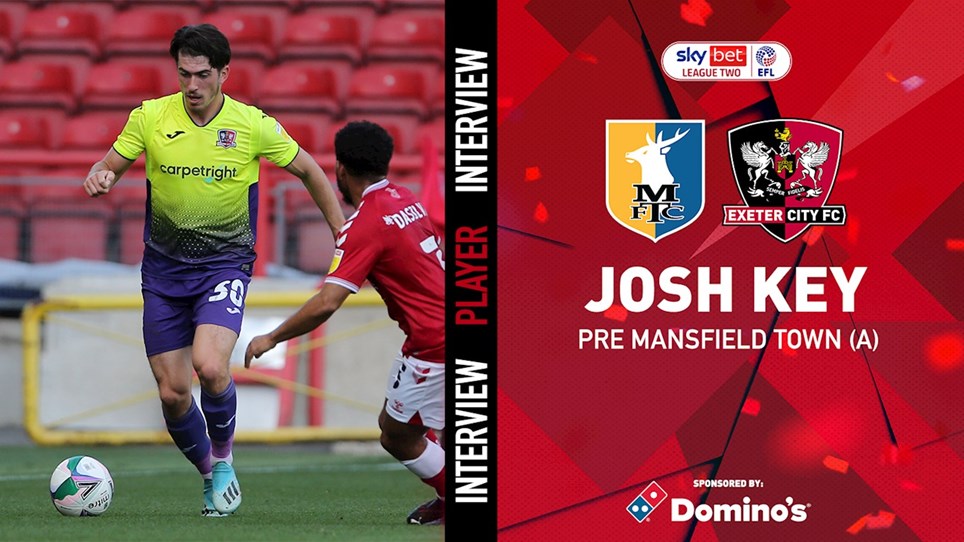