Cambridge United are poised as the toughest of opposition this weekend as Exeter City travel to the Abbey Stadium, in search of three points.

Prior to today’s 3pm kick-off, Jed Penberthy scours the Grecian Archive for three who have played for both.

Part of the double play-off reaching party, Robbie Simpson had good memories at St James Park in his two years at the club. Joining from Cambridge United in 2016, Simmo played thirty-seven times for the Grecians netting thrice. 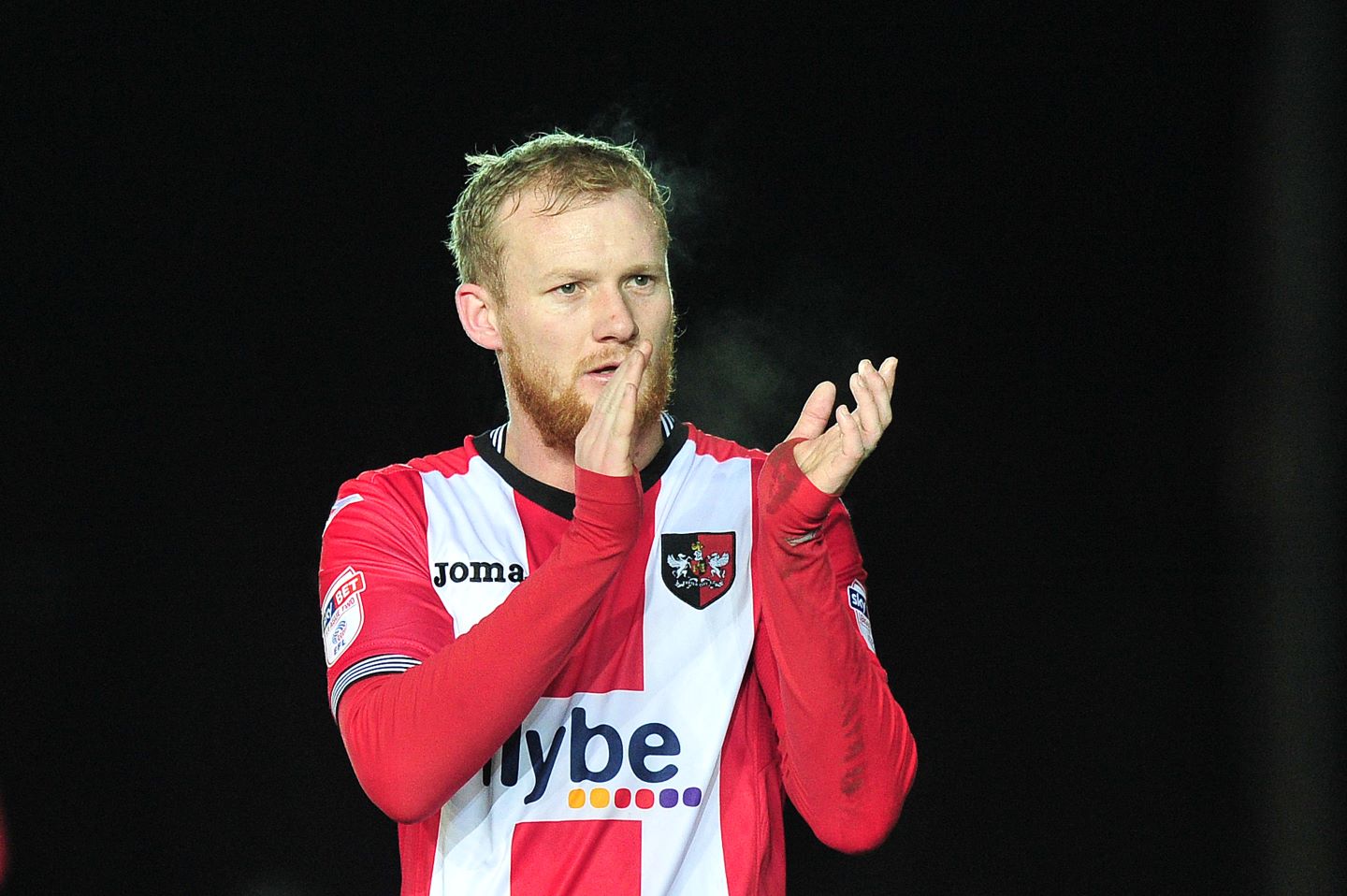 As a schoolboy, Robbie played for Norwich City prior to joining Cambridge City in pursuit of First team football. After 42 goals in just over one hundred appearances for the Lilywhite, Simpson took the short trip to Cambridge United for his professional debut.

A fan favourite in the University City he gained Supporters Player of the Year in 2006/07, earning a move to Championship Coventry. Spells at Huddersfield, Brentford and Oldham followed before teaming back up with the U’s in 2014. Two years later he found himself at SJP.

Anthony Scully was very well-travelled before he came to EX4 in 2005. The Irish winger represented his country at youth and B team level in the early years after moving to England to join Crystal Palace in 1993. Loans to Bournemouth and Cardiff took most his time away from Selhurst Park before a switch to Maine Road was made permanent in 1997. 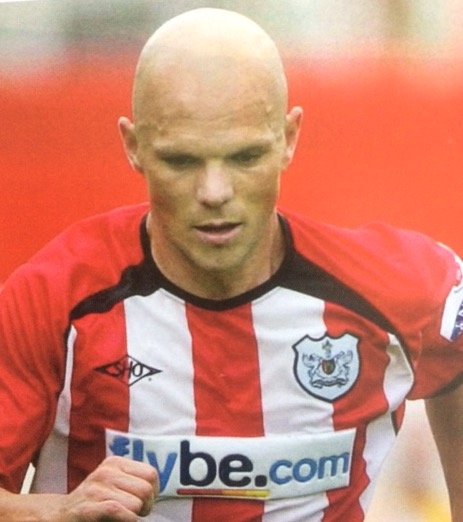 Scully made only nine appearances for Manchester City and was shipped out to Stoke to live out the remainder of his Citizen’s contract. He soon found his feet at QPR at the turn of the Century after signing for around £155,000. He netted twice in forty games for the Hoops and suddenly found himself at Cambridge United.

Twenty starts, eleven substitute apps and two goals to his name, Scully performed solidly for the U’s. Another six teams would separate Scully and Exeter City until his loan to SJP in the 2005 season. In regards to goals-per-game, Scully found his best career form for the Grecians with a strike every three games- against Woking, Kidderminster and former team Cambridge United.

He drifted out of playing, but by then he was coaching his eldest into professional football. His son, also Anthony, is now leading the line for Lincoln in League One, with seven goals in 31 apps this season.

I got in trouble with the man himself last week, as I did not include him in the Mansfield Played for Both- so here you are Jon! Finally.

JC was something of a cult hero at St James Park in his two years here. Challinor came through the ranks at Rushden and Diamonds but had to shop around for first team action. He played for Stamford and Cambridge City before making a hop across the pond in 2002, to play for Kalamazoo Kingdom in the United States. 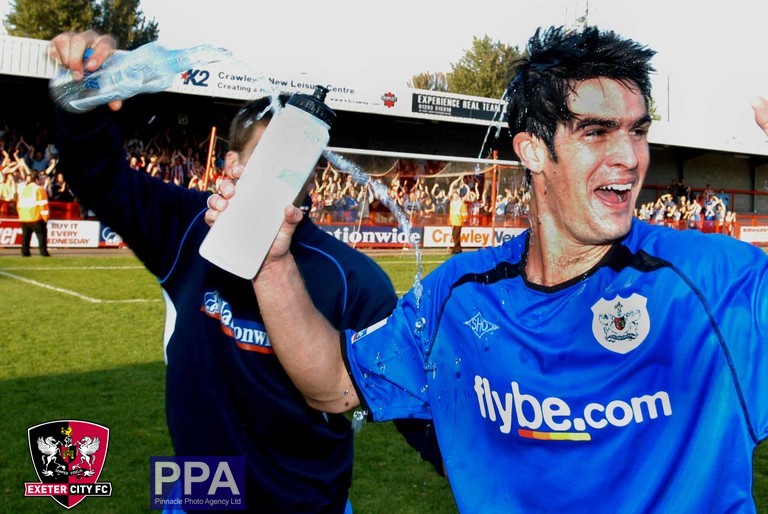 After mesmerising in Michigan, via St Albans, Jon signed for promotion pushing Aldershot in 2003. The Shots, spearheaded by Challinor, reached the 2004 Conference final where they were defeated by Shrewsbury on penalties. A year later more heartbreak from the spot came as Carlisle saw off the shots, but this time in the semis.

After two very impressive years at the Rec, Challinor was snapped up in an instant by City. Alex Inglethorpe likened the midfielder to Tim Cahill and was just the fit the Grecians needed to push on. Jon scored his first goal in red and white against Dagenham before netting in a memorable 4-0 win against his old Aldershot teammates. He finished his first season in Devon with 13 goals in 48 appearences.

His second season was just as fantastic. As the Number 10 behind Lee Phillips and mentored by a fresh-faced Paul Tisdale, Exeter City reached the first play-off final to be held at the new Wembley Stadium. In the ninth minute, Challinor set up Phillips to give the Grecians an early lead.

Though disappointment came on the full-time whistle, Jon Challinor’s last game for the club was memorable and became a firm fan favourite at EX4 before returning to his boyhood Rushden & Diamonds that summer.

Challinor signed for Cambridge United in 2008 for around £15k and soon netted hist first goal as a 90th minute winner against Lewes. He missed out on promotion again, this time against Torquay and though his time was all but up at the U’s he finally, finally gained his Conference promotion for York City in 2012- at the fourth attempt.