One of our Own, Matt Jay has been voted YOUR Apple Taxis Exeter Player of the Month, AND Vospers Goal of the Month for March.

Matt had a superb March, scoring five times and assisting once and netted his first career hat-trick in City's 4-0 win over Leyton Orient. Matt also scored in City's 2-0 win over Scunthorpe United and hit the winner in last Saturday's 1-0 win over Salford City.

MJ now has 18 goals in all competitions this season and is City's top scorer. His stunning free-kick away at Scunthorpe United picked up the Goal of the Month award as he stepped up and whipped the set-piece to find the top corner from 20 yards!

Thank you to everyone that voted this month! 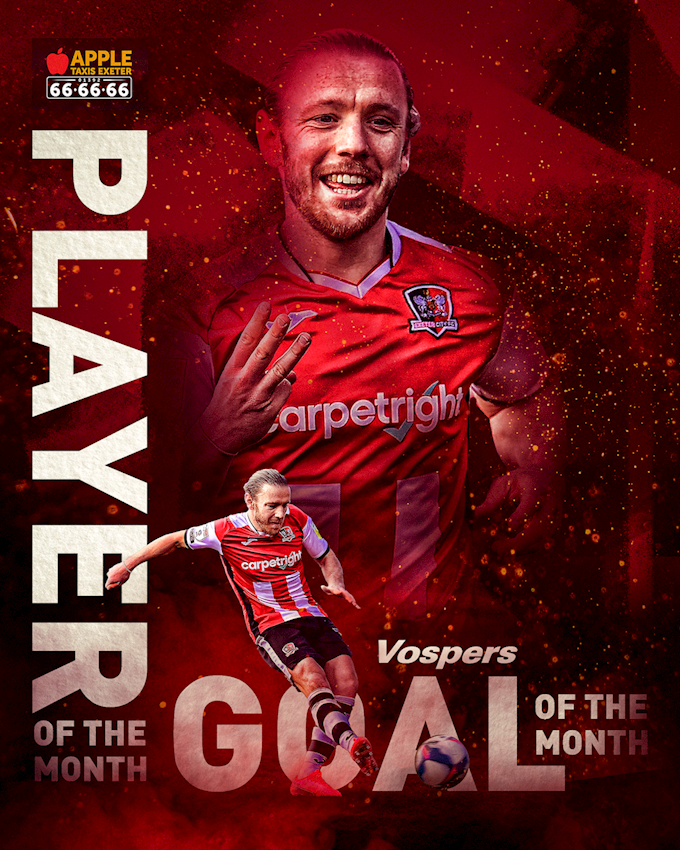