Excluding friendlies, Friday’s game at Port Vale will mark 150 games in charge of the club for Matt Taylor, making him the first person to reach that milestone as both player and manager at Exeter City.

Matt originally arrived from Team Bath in June 2007 and went on to make 158 appearances in the heart of the City defence, although he also had an eye – or a head – for goals, notching 20 times for the Mighty Grecians.

As a committed, tough-tackling, physical defender, Matt helped the club to back-to-back promotions from the Football Conference to League One, before going on to play for clubs such as Charlton Athletic, Bradford City, and Cheltenham Town. 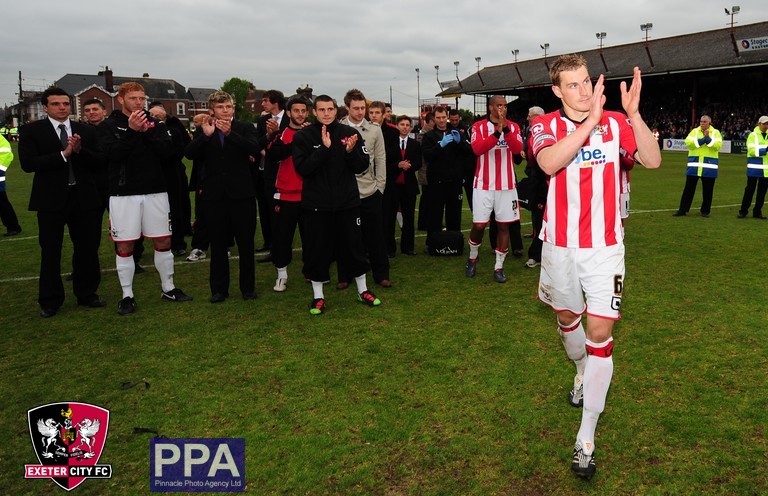 The club’s former player of the year returned to Exeter in a coaching capacity in the autumn of 2016, and his homecoming seemed to coincide with a change in City’s fortunes as we rose from the foot of the table all the way to Wembley via the boot of Jack Stacey.

As the under-23s manager, Matt also led City to a successful Premier League Cup campaign. The young Grecians managed to top their group - which included under-23s sides from Brighton & Hove Albion, Hull City and Sunderland - before being knocked out by Wolverhampton Wanderers, on penalties, at the quarter-final stage.

Seemingly possessing a magic touch, as shown by his knack of turning off stadium floodlights from a distance, Matt stepped in to fill the seat left by the club’s ‘most capped’ manager, Paul Tisdale in the summer of 2018. 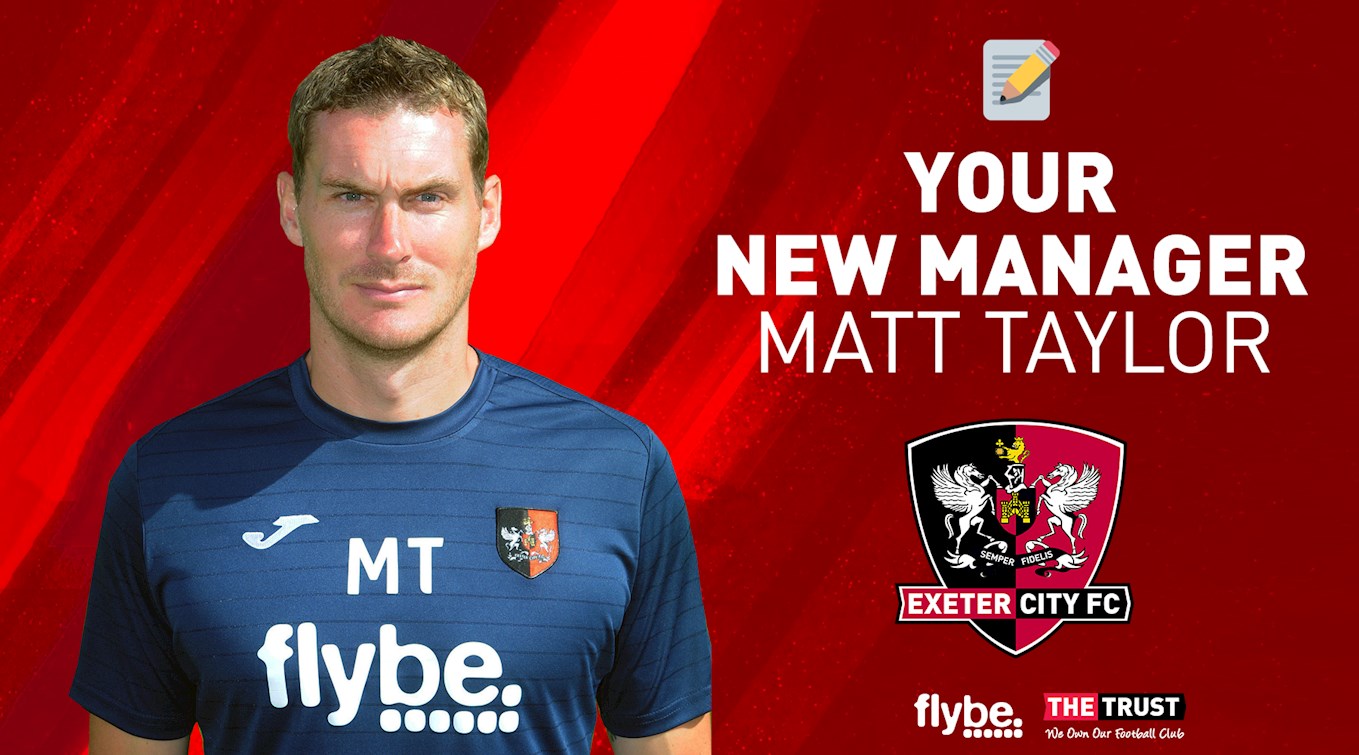 Being tasked with replacing the longest serving manager in the football league is not for the faint hearted, yet in his first season he managed to lift the mood of the Park, and via some memorable high-energy performances - including an unforgettable victory against Tisdale’s MK Dons – Matt and the team finished just an agonising fraction short of the play-offs in his debut season as first team manager.

Matt’s second season had even more moments that we are unlikely to forget for numerous reasons. The somersaulting performance against Plymouth Argyle will be a highlight for many as the team worked their way to a promotion that was cruelly denied by the Covid-19 pandemic and a points per game solution that just weeks before would have been enough to take us to Sky Bet League One. 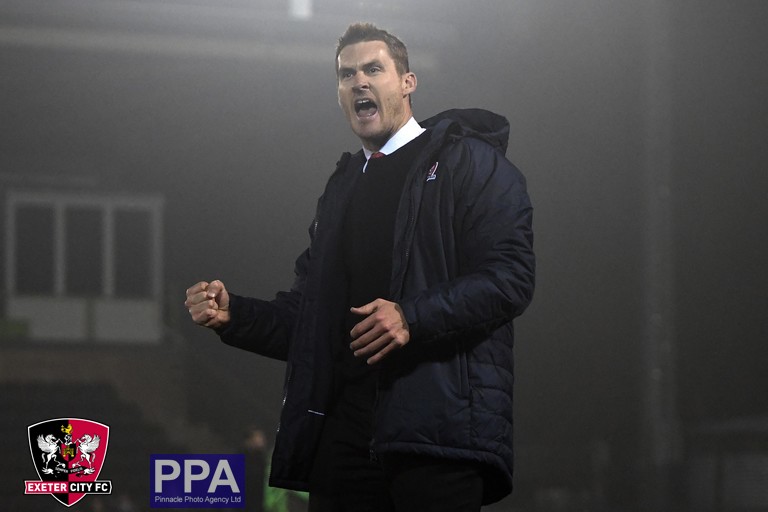 Nevertheless, the team returned to compete behind closed doors in the play-offs, and while the highs of our two-legged victory against Colchester were soon followed by the lows of a Wembley drubbing at the hands of Northampton, the way in which the manager conducted himself throughout the period is testament to a man who has represented our club, both on and off the pitch, with exceptional personal and collective standards.

Now firmly into his third season at the helm, Matt and his staff have produced and coached a side that have not only exceeded expectations but continue to set new ones, and with more players under the age of 21 anywhere in the top four elite divisions of English football this season, the remainder of this campaign is sure to provide more moments of excitement, drama, and pride for Matt and the ECFC family as a whole.