Exeter City take on Newport County this Saturday in a play-off place six pointer that Grecians boss Matt Taylor has called 'a must win.'

The Exiles sit three points above City in the League Two table, occupying the final play-off place, but Taylor's side will move into that spot if they beat the Welsh side on Saturday, owing to their superior goal difference.

City have been held to 0-0 draws in their last two matches, most recently at Forest Green Rovers on Tuesday evening, while County ran out 2-0 wnners against Crawley Town on the same night.

In the previous fixture this season City held on for a 1-1 draw despite playing the whole second half with only nine men following Ryan Bowman and Alex Hartridge's first half dismissals.

"It's a game that we have to win and pick up the three points," he said ahead of the visit of the Welsh side to SJP.

"It all comes down to this weekend, and whatever the result we will have a clearer idea of what we need in the final three games.

"Newport are in exactly the same position as us. It will tight and cagey, but the players have just got to release the shackles."

The Grecian is now on sale for this match. Given the importance of the fixture, we thought there was no one better to catch up with our 'go-to man', Matt Jay, who shares his thoughts on the run-in and more:

For each edition we also catch up with the Supporters’ Trust, City Community Trust, the ECFC Women and Academy teams and the ECFC Museum, as well as with all of our regular feature writers who explore the world of ECFC, past, present and future!

And of course, there is the Scout Report, which provides all the key information you need to know about the opposition ahead of kick-off.

Priced at just £5 for the 84-page perfectly bound programme, The Grecian aims to bring all fans that little bit closer to life at the club in extraordinary times and can be purchased directly from the club shop online by clicking here. 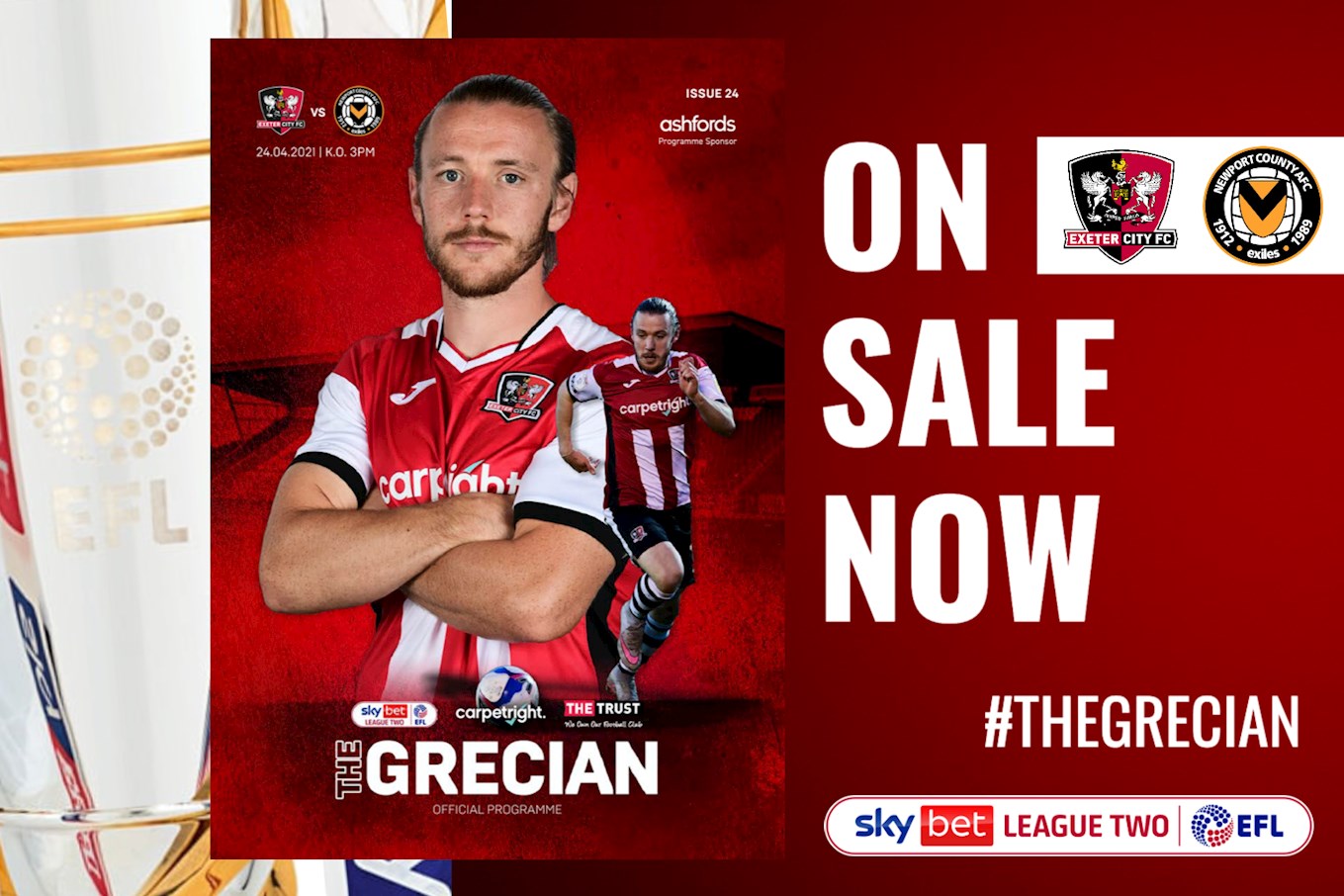 For Saturday's match we are proud to be partnering with Andy's Man Club Exeter to raise awareness of male mental health during these unprecedented time.

An Andy's Man Club spokesperson said, “ANDYSMANCLUB are delighted to be partnering with Exeter City and Newport County to put a spotlight on mental health during their fixture on April 24th.

"Both clubs are long-term supporters of mental health and with recent events that have taken place both in and out of the world of sport, it is a hugely important time to raise awareness of Mental Health and the support that is available to people.” 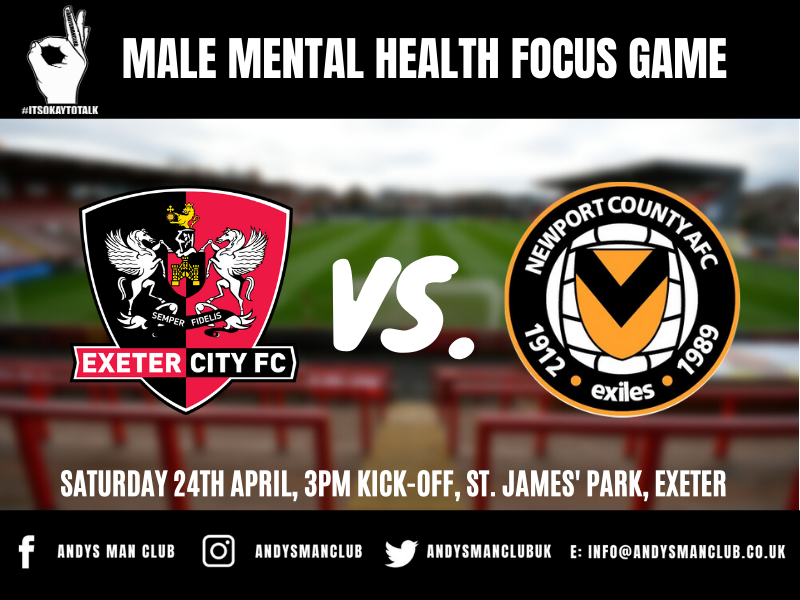 In mid-2016, nine men met in a small room in the archetypal Yorkshire town of Halifax with a simple aim of talking through their issues and helping each other deal with their mental health. All in attendance were agreed there was a magic in that room that had to be shared. This was the start of a movement that has grown faster than anyone first involved could have ever imagined. Fast forward 5 years and ANDYSMANCLUB now has groups at over 40 locations across three constituent countries of the United Kingdom.

ANDYSMANCLUB takes its name from Andrew Roberts, a man who sadly took his own life aged 23 in early 2016. Andy’s family had no inkling that he was suffering or struggling to the extent that he would do this, and as a result looked deeper into male suicide and men’s mental health. They soon discovered that male suicide is the biggest killer of men under 50, with Male Mental Health surrounded by well-ingrained cultural stigma in the UK. Elaine Roberts and Luke Ambler are Andy’s Mum and Brother-in-Law, together they came up with the idea of ANDYSMANCLUB, a group where men aged 18 and above can speak openly about their mental health in a judgment-free, non-clinical environment. Groups now operate nationwide and are completely volunteer-led, with the vast majority of group facilitators having first interacted with ANDYSMANCLUB when they came through the door as a service user. With the service used on a weekly basis by over 1,000 men, and an army of over 200 volunteers on board, the movement is continuing to grow on a week by week basis. Groups are available both in Exeter and in and around South Wales and are completely free to attend, details of how to attend are below.

The Exiles picked up an important home win against in-form Crawley. Liam Shephard opened the scoring just after half time, and Tom Nichols was then sent off for Crawley in the 90th minute. Aaron Lewis then secured victory for the Welsh in the tenth minute of added on time.

It was an unforgettable evening in South Wales for the Grecians as they clung on for a point after both Alex Hartridge and Ryan Bowman were sent off, either side of Bowman's first half goal.

Hartridge saw red after just eight minutes before Bowman put City ahead, but he was then dismissed for an elbow on the verge of half time. Despite an onslaught, it took Newport until the 88th minute to level as they finally broke down a resistant City backline.