The Grecians make the trip to Bolton for the first time since 1993 on Saturday, in a HUGE match in both sides quest for promotions.

The Grecians need the three points to keep in the race for the play-offs, whilst a point for Bolton would secure them promotion back to League One at the first time of asking.

Ahead of the match, we take a look at three of the Bolton squad to look out for...

Antoni Sarcevic was named Bolton Wanderers captain ahead of the current campaign, having signed a two-year contract for the club in the summer of 2020. The midfielder started out his career as a youth in the Manchester City setup, before making his first professional appearances for Crewe Alexandra. After limited game time with The Railwaymen – and loan spells at Chester - Sarcevic eventually found himself more settled at Fleetwood, making 118 league appearances for the club across three successful seasons. 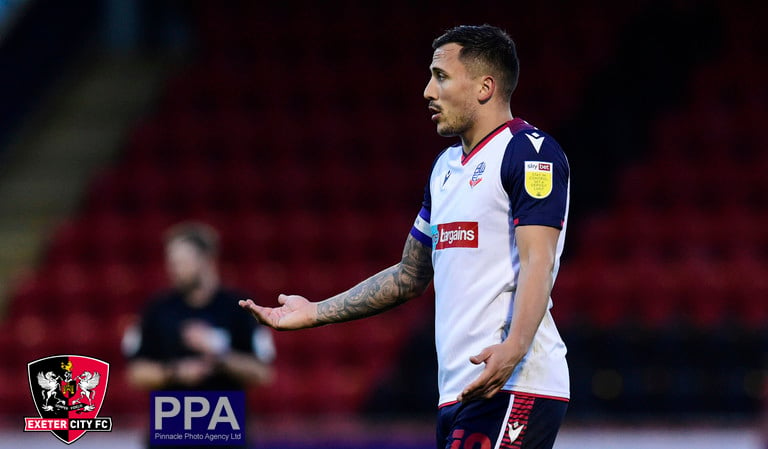 A move to Plymouth Argyle saw him clock up a further 116 appearances in the English Football League, and after helping The Pilgrims to a somewhat fortuitous promotion last season, Sarcevic was brought to Bolton on a free transfer. Since his signing, he has made 19 starts for the club already this year; scoring three goals in the process. Upon being made skipper as one of the club’s more experienced heads, Sarcevic believes depth is important for success in League Two: ‘for me, it’s a squad game … and the whole squad being together is only a recipe to make us win’ (Manchester Evening News).

A hard-working midfielder with a terrific engine, Sarcevic gives 100% commitment even on his off-days. Questions have been raised over his temperament at times, so it looks like our midfielders will certainly have a battle on their hands if they want to stop The Trotters skipper becoming a key influence on matters at the Park.

Whilst Antoni Sarcevic is potentially The Trotters’ most influential player, Eoin Doyle has been one of Bolton’s most productive performers so far this season, scoring eight goals and providing two assists for his new team. The experienced Irishman began his career at Shamrock Rovers, before being signed to Hibernian and then Chesterfield. Doyle moved for around the million-pound mark to Cardiff City but has since bounced around a number of teams, before arriving in Bolton on a free from Bradford City in July 2020. 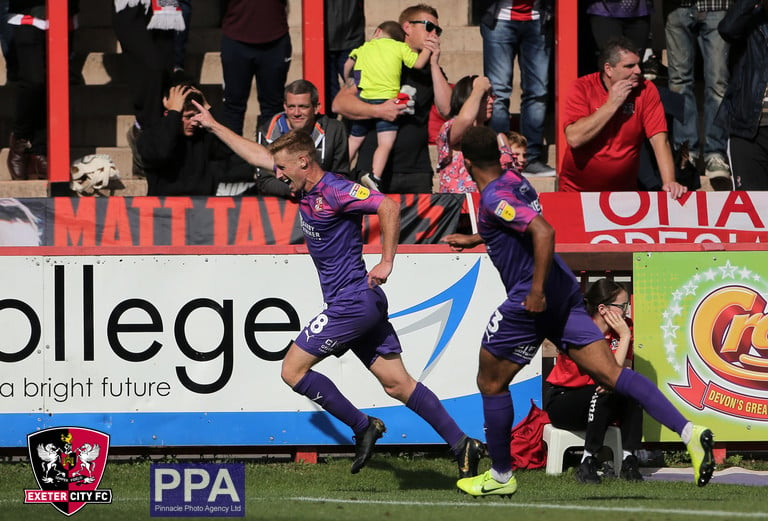 This season, Doyle has continued his goalscoring record from last year, in which he netted a league-high 25 times for Swindon Town, scoring more goals than games started during his initial loan spell (23 in 22). In December 2019, he also became the first player in England’s top four leagues to score in eleven consecutive matches since Jamie Vardy.

Not one to dwell on the ball too often, Doyle has the highest percentage of one-touch-goals in the whole of the football league, and with most of his goals coming from the space between the six-yard-box and the penalty spot, our defence will have to be especially alert in the area if we don’t want him adding to his tally on Saturday.

Doyle has netted 18 league goals so far this season for the Trotters.

Recently named in the EA Sports FIFA, EFL Team of the Season alongside Grecian Matt Jay. The powerful Portugese centre back has been an ever-present in the Trotters backline, racking up 46 appearances in his first season for Bolton. 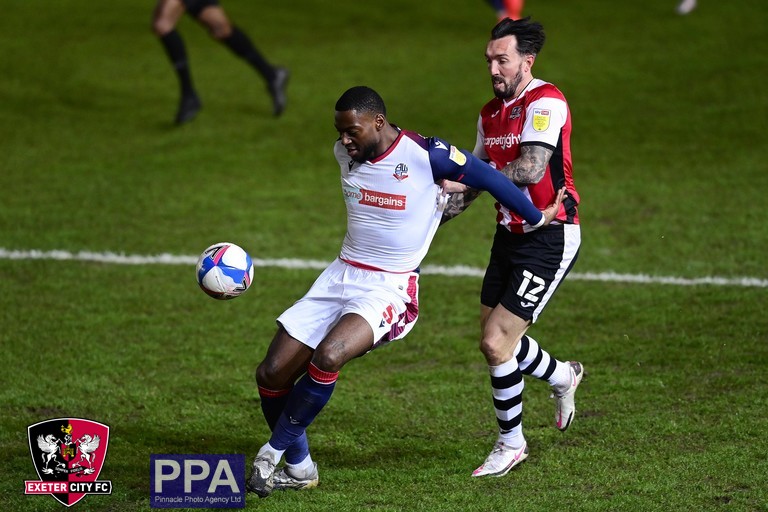 Santos started his career at Dagenham & Redbridge but was released in 2012 and would spend a season in non-league with Thurrock before joining League One side Peterborough where he would spend four seasons before joining Barnet for £100,000 in 2016.

Santos joined Bolton from National League side Barnet in the summer of 2020 and made his debut con 5 September in a 2-1 home defeat against Bradford in the first round of the EFL Cup.

On March, 1 Santos signed a new Bolton contract until 2023. He was named as EFL League Two Player of the Month for February 2021.