Here is all you need to know about Saturdays opponents…

The leading club in Southend around the turn of the 20th Century were Southend Athletic, but they were only an amateur club. Southend United was founded as a more ambitious and professional club in 1906 and immediately joined the Southern League Second Division.

The Shrimpers are an Original Member of the old Division 3 after the leagues formation in 1920. United spent nearly half a century in the third tier before relegation in 1966. The Blues yo-yoed between Division’s 3 and 4 for a number of years including winning their first Division 4 title in the 1980-81 season under Dave Smith.

Southend have had dances with the second tier. Dave Webb returned as a general manager in the late eighties, and in 1991 the Seasiders finally broke into the Second Division where they stayed for six years- before suffering double relegations in 1997/98

In 2006/06, Steve Tilson guided Southend United back into the Championship as League One champions but the stay was short, lasting a solitary season.

Last season was a frustrating one for Sol Campbell’s side. The ex-England defender failed to keep Southend afloat in League One and with only 4 wins the entire season, dropped back down to the Football League’s basement division.

When the two sides met in August, Alex Fisher’s last gasp equaliser dug City out a whole, and Saturday may prove similar fashion as Southend will be hoping to build on a couple of crucial draws.

Onto their second manager of the season, Phil Brown has returned to Roots Hall in a bid to keep the seasiders in the Football League.

The man with the earpiece in Hull City’s iconic promotion to the Premier League in 2008, Brown comes with a rich range of experience at the higher levels. Brown returns to Essex three years after leading them to promotion back in 2015.

Since, the 61-year-old has had stints at Swindon Town before moving to India to manage Pune City and Borussia Dortmund’s sister club Hyderabad FC.

Brown returns to Southend on the back of Mark Moseley’s departure and have just five games to retain their EFL status.

Club captain Jason Demetriou joined the Seasiders in June 2016 and has played over 120 games for the club. The 32-year-old midfielder has a strong international record and is Southend United’s most capped international player. 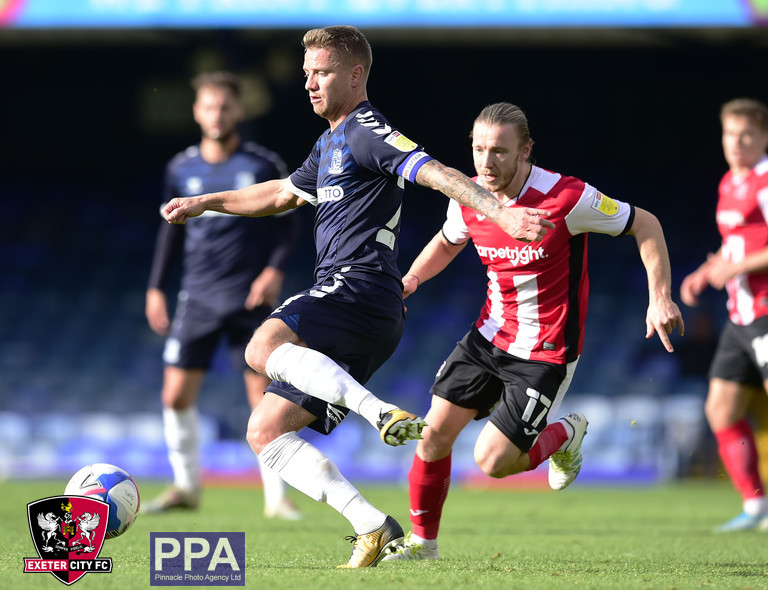 Qualifying because of his grandfather, Demetriou played 51 times for Cyprus, and five as captain. He announced his international retirement earlier this season. His one goal for his country was in a 2-1 win over Israel in a European Championship qualifier in 2015.

Very much a leader in the dressing room, Demetriou has been a tiny glimmer in a rather bland season for United. Expect the Cypriot to try and dictate the Blue’s transitions and test Jokull Andresson from distance.

This season marks the centenary of the first ever fixture between Exeter City and Southend United, a goalless affair at SJP.

Since then, the two sides have met 123 times scored over 300 goals between them and averaged 2.5 goals per game. The fixture on Saturday will be the first meeting at St James Park in five years- after Southend’s return to League 2.

Alex Fisher netted one of the goals of the season with the final kick of the game, as the Grecians snuck away from the seaside with a point. Joel Randall also found himself on the scoresheet in the first half.

Goals from Jimmy Keohane, Liam Sercombe and Eliot Richards sandwiched Mark Phillips’ first half double to give struggling Exeter the much-needed points, in a Classic Encounter on the Essex coast.

Although Southend are most known for their predominantly blue kits, they originally changed their colours for the 1910-11 season to red and yellow hoops, hoping the change would bring the team good fortune. The new strip was deeply unpopular, and the team were dubbed the ‘Beef and Mustards’. After relegation, the same season the traditional blue shirts were quickly restored and continue to kit out the club to this day.