With six cup finals remaining for Exeter City, Southend United are the next opponents for Matt Taylor's men at SJP this Saturday lunch time.

The match will kick off, as will many EFL fixtures, at 12.30pm to avoid clashing with the funeral of HRH The Prince Philip, The Duke of Edinburgh.

City go into the match knowing they need a win to keep in touch with the play-off places, while Southend are fighting for their lives at the bottom end of the table. The Grecians were beaten 2-1 at Barrow on Tuesday evening, despite Pierce Sweeney's late goal, while the Essex side drew 0-0 with Crawley Town at Roots Hall last Saturday.

That was manager Phil Brown's first match back in charge of the Shrimpers since taking over from Mark Molesley last week. He previously managed the club between 2013-2018.

Despite their league position, Southend have only lost one of their last seven matches, winning one and drawing five. They are also unbeaten in their last four away matches.

Speaking ahead of the clash with the relegation strugglers, Taylor says so often this season that across the league, the first goal has decided the result.

"Our focus will be on how we start the game, we want to get on top," Taylor said.

"If we do go behind in any of the final six games, we need a clear plan and I am going to give the players as clear instructions as possible." 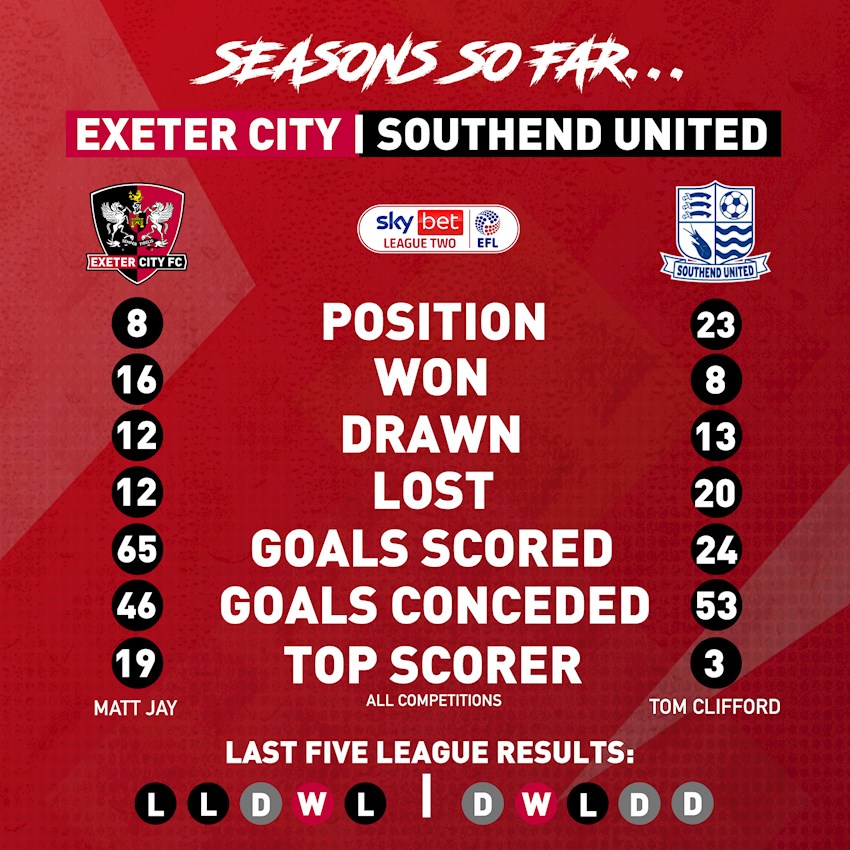 Southend United extended their unwanted record of seven home matches without a goal against Crawley. Nathan Ferguson came closest for United as they kept their survival hopes alive.

Alex Fisher's incredible 95th minute strike rescued a point for the Grecians and denied Southend their first win of the season. Brandon Goodship opened the scoring before Joel Randall equalised, but Jason Demetriou's penalty put Southend back ahead. Fisher then curled into the top corner from 30 yards out to level with the last kick of the game.