Exeter City safely progressed to the next round of the Devon County Cup with a confident performance over visiting Feniton.

Having not played for over four months, the Grecians went into the game looking to regain match fitness and implement the work completed in the two weeks since a return to training.

With Abbie Britton and Aaron Wakley taking charge for the first time, City started brightly. Mia Preston was finding space in behind the Feniton midfield and her link with Connie Pengelly came close to Zoe Watkins going clear on goal. A corner moments later would bring reward for the fast start, Watkins’ deep cross was headed back across goal by Mollie Taylor and the ball looped into the back of the net. It was Taylor’s debut since arriving from Buckland Athletic and the perfect start to her time as a Grecian. 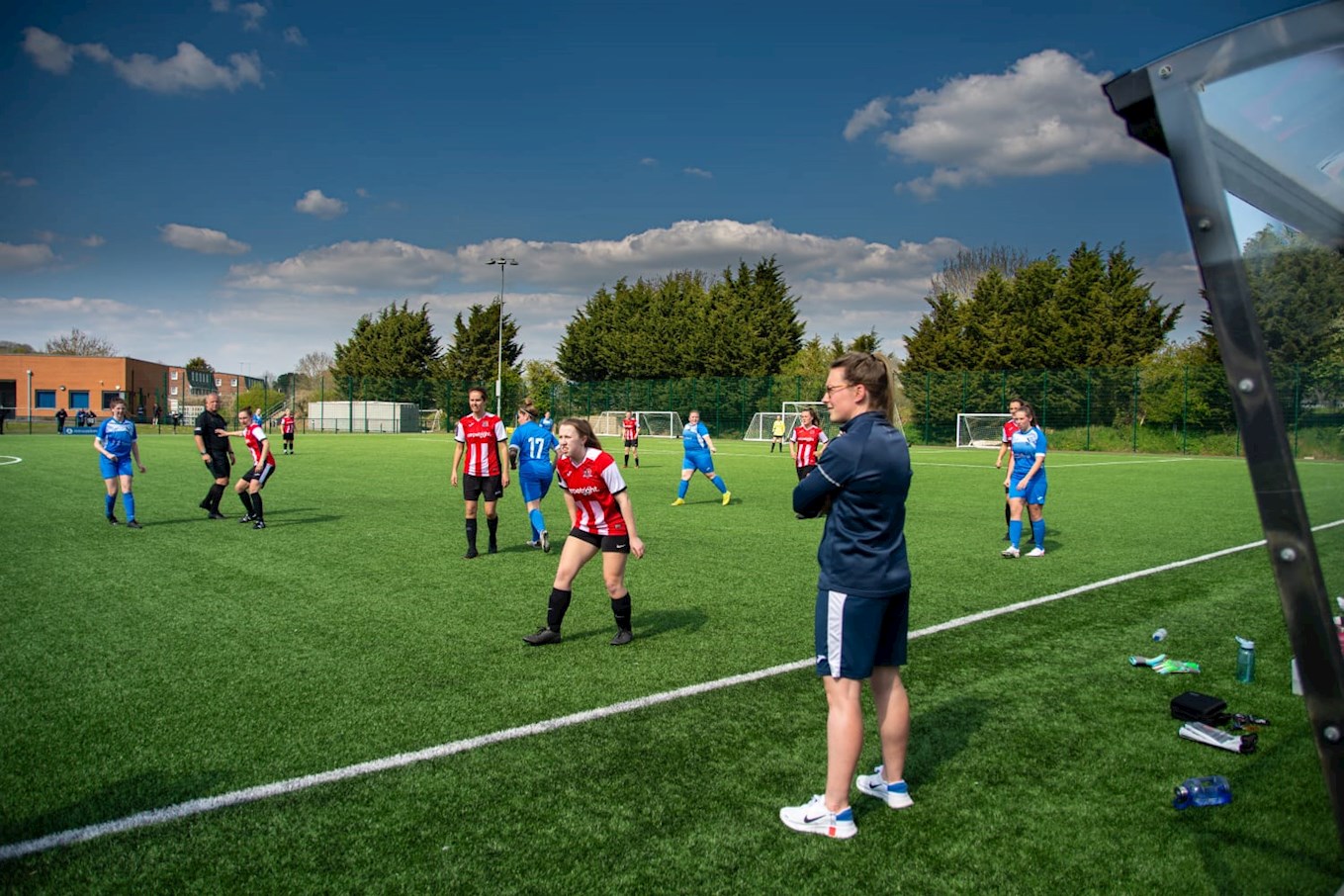 The visitor’s high line was leaving plenty of space for the City forwards, with Emily Toogood proving a constant threat from left full back, as she twice tested Feniton keeper Caragh O’Brien. However, City’s third corner of the afternoon would result in a doubling of the lead. As the Feniton defence cleared from the initial cross, Steph Beck cut inside the onrushing defender and hit the ball into the top corner of the net.

The home side were now well on top, Phoebe Baker was starting to show her midfield dominance and with it chances arrived. Zoe Watkins, Esme Kilburn-Thompson and Connie Pengelly all went close before City further extended their lead. The young front line were having to time their off the ball running perfectly to beat Feniton’s defensive organisation, with Connie Pengelly managing to do so with thirty minutes played, running clear of her marker before finishing after O’Brien had made the initial save.

Timing your attacking run was certainly the order of the day, and, after reading a Zoe Watkins through ball, Connie doubled her tally and settled the tie by doing exactly that. Controlling the pass on her chest, the City forward calmly slotted the ball into the back of the net. 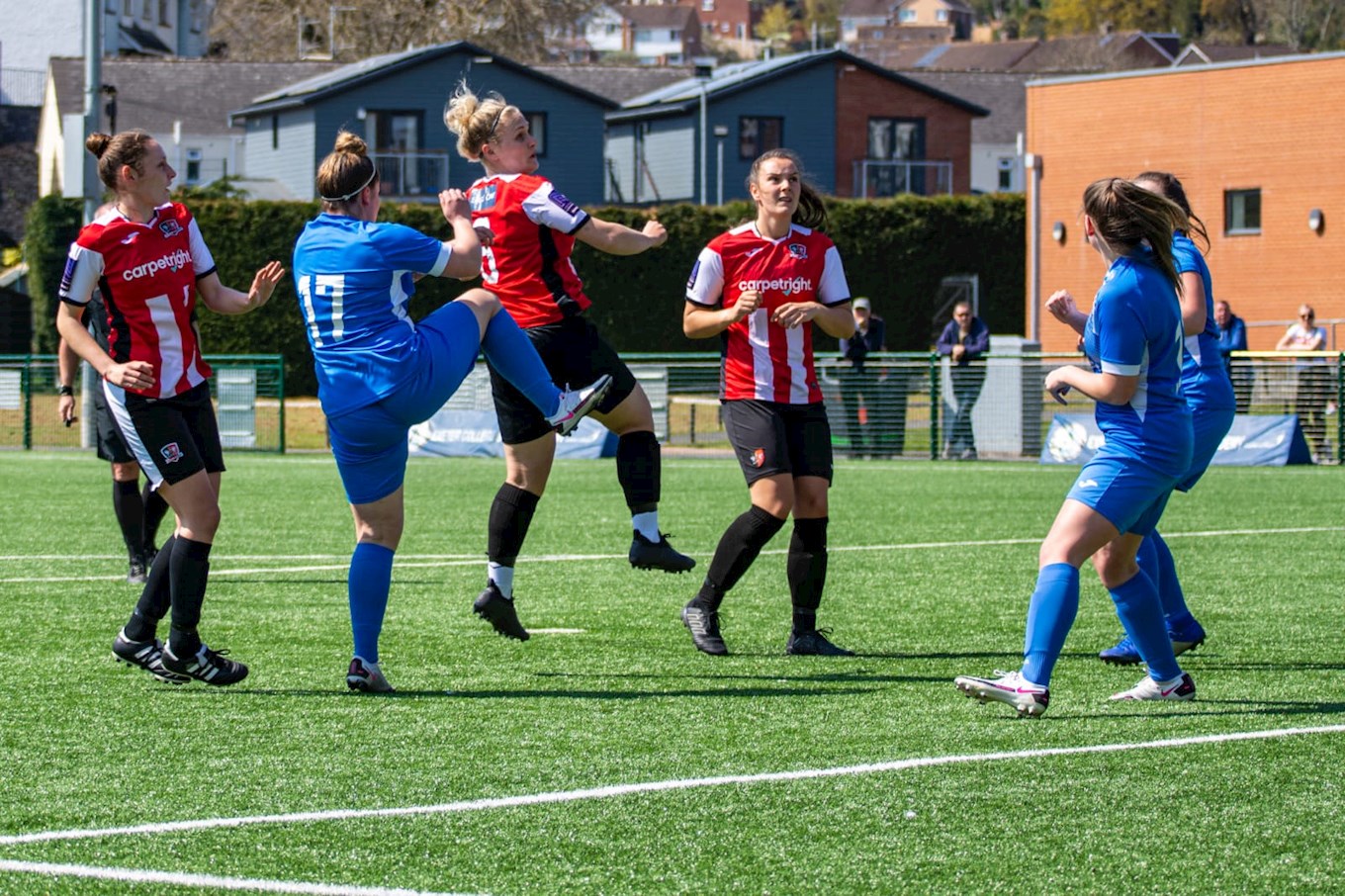 Jaydee Seaman had come to City’s rescue moments earlier, a mistake giving Feniton a chance to shoot, the recruit from Plymouth Argyle brilliantly denying the chance with a strong tackle. However, a defensive mix up would give Feniton the opportunity to pull one back from the penalty spot. After striking the post, the ball was converted from the rebound in what appeared a way back into the tie. Sadly for the visitors, as no other player had touched the ball, it did not count and City had a fortunate break.

Manfy Sharpe slalomed her way through a congested midfield to find herself clear on goal, unselfishly releasing the pass to Esme Kilburn-Thompson, who then struck over from the angle. It had been a comfortable half in hot conditions.

The second half begin in frustrating fashion, City were creating good chances but could not quite find the final finish. Mollie Taylor’s influence was growing in the game, the defender continuing to send in crosses for the forward line to attack, yet the Grecians could not find a route to goal. It was a Taylor cross that nearly saw Connie Pengelly complete her hat trick, the forward controlling the ball and hitting a volley off the crossbar. Zoe Watkins was the next to profit from a good Taylor delivery, as the ball bounced around the penalty area, she struck wide from a tight angle. 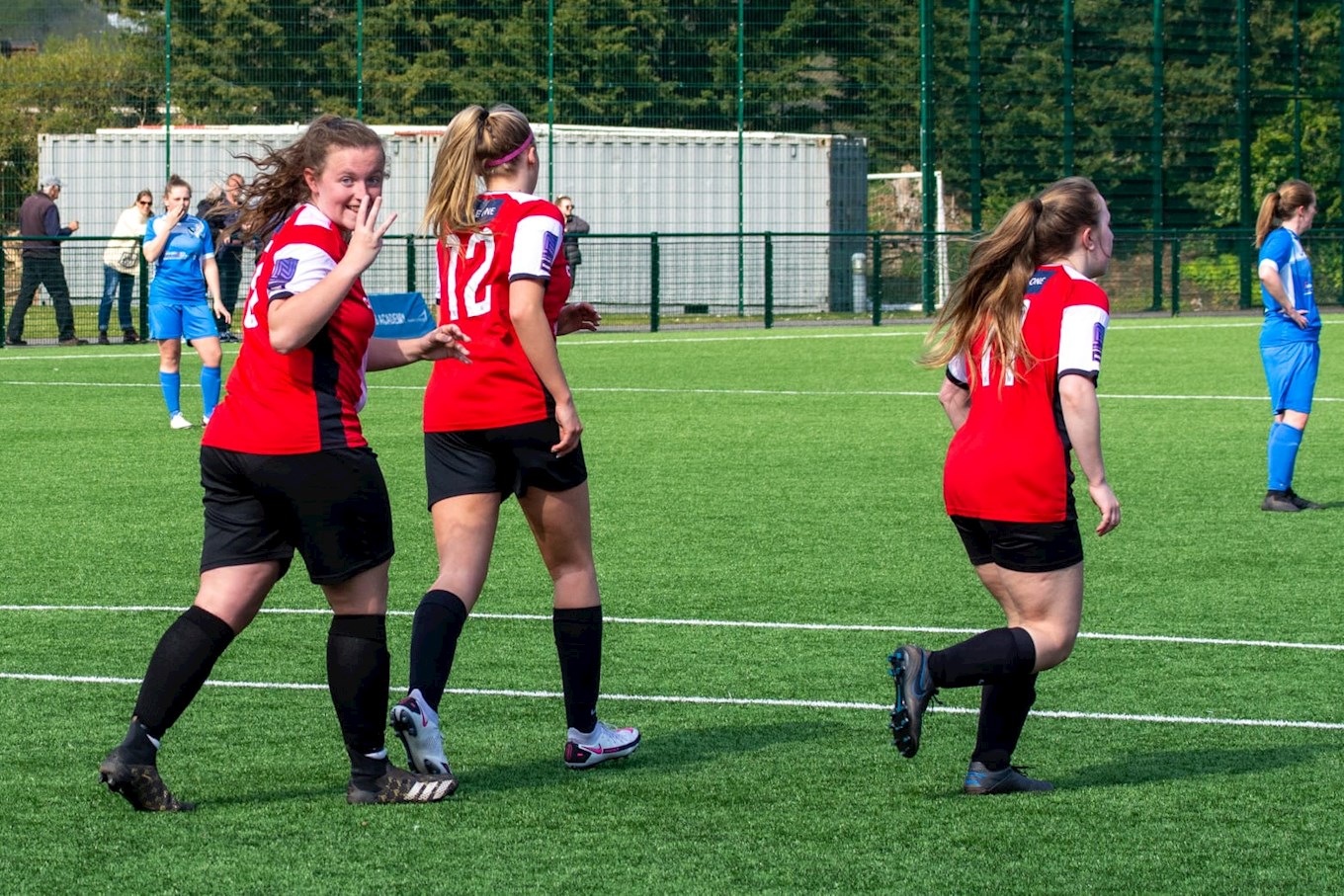 City would find a fifth ten minutes from full time, Meg Robinson, who had been lively on her return from injury, raced clear before unselfishly squaring the ball to Pengelly to complete her hat trick. It was the City Number Nine’s first in Red and White, but unlikely to be her last.

Jess Sandland, newly graduated from the Girls Development Centre, came on to make her debut and showed great composure in midfield, as City controlled the remainder of the game without adding to their tally. Esme Kilburn Thompson’s boundless energy and committed running often looking the best chance of City extending their lead.

The Grecians progress with comfort, although the effort and commitment showed by the Feniton team will have made Manager Mark Ebdon proud of their afternoon’s work. With players getting a strong test of their fitness levels, and three debutants settling into the side, it was a satisfactory afternoon for Abbie Britton and Aaron Wakley. All eyes are now on the next round and who City face in the semi-final.