Exeter City bow out of the Emirates FA Cup as a late Cambridge United goal sent the League One side through to the Third Round.

City took the lead in the first half through Sam Nombe’s penalty before the U’s levelled through Adam May.

Harvey Knibbs headed home with three minutes to play, but the goal was surrounded in minor controversy as the linesman initially called for offside, which was overturned by the referee.

Cam Dawson saved a penalty in the last kick of the game, as the Grecians were made to rue a plethora of late chances.

Matt Taylor made a couple of changes from last weekend’s league draw with Rochdale with Jonathan Grounds and Harry Kite returning to the starting XI.

The League One side had the first sniff of the action. James Brophy met a deep cross in the third minute, but his pull back couldn’t find a teammate.

In the eighth minute City took the lead from twelve yards.

Sam Nombe snuck around the back and got hauled down in the box for a penalty. The Number 10 dusted himself down and sent the keeper the wrong way from the spot to draw first blood for the Grecians. 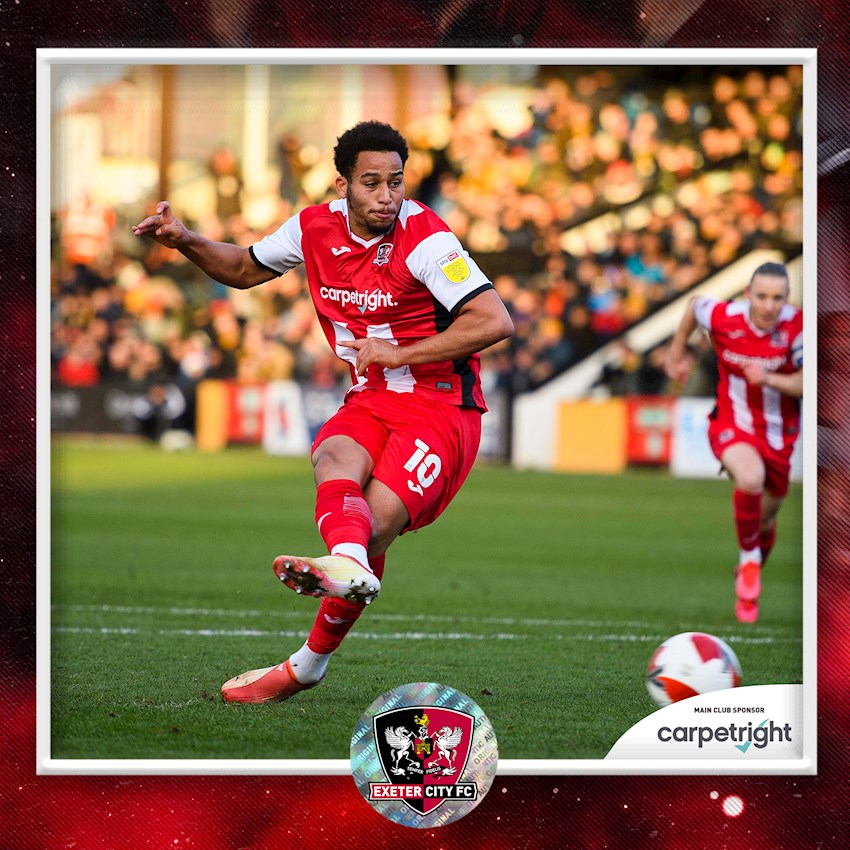 Josh Key was agonisingly close to doubling City’s lead on 20 minutes. The Full back attacked a Jevani Brown cross, but his header crept the wrong side of the post.

Cambridge found themselves level on 22 minutes. Good work down the left saw the ball pulled back to Harry Dunk. He sliced at it, but as the City fans jeered, the Cambridge fans started celebrating as Adam May powered home from the loose ball.

Shilow Tracey then went close for the U’s, flashing an effort wide of Dawson’s goal. 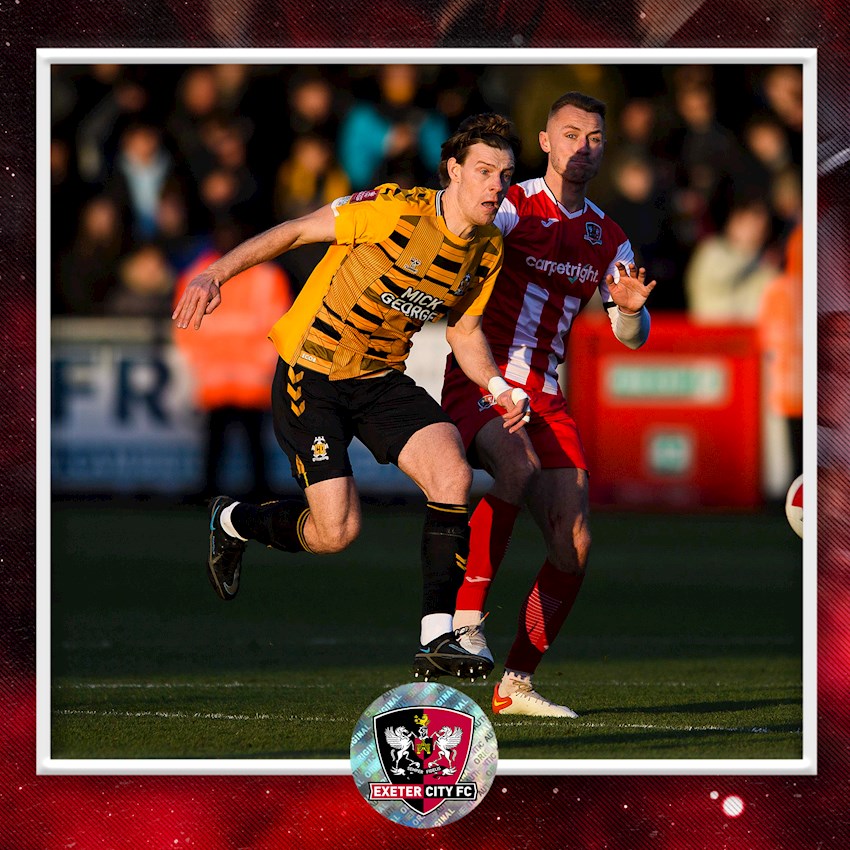 George Ray denied George Williams with the most miraculous block. The U’s full back cut inside and for all the world beaten Cam Dawson. Superman-style Ray came across and diverted the ball away.

Exeter came within inches of re-taking the lead. Excellent play down the left-hand side allowed Archie Collins to play into Brown’s feet. A delicate lay-off to Matt Jay allowed the skipper to strike, but his effort crashed off the underside of the post.

MJ found two more half-chances before the break. First being unable to connect cleanly to a Brown cross and secondly a hair-widths away from steering in a Sam Nombe ball in.

Jevani Brown wasted a glorious chance to out City ahead five minutes into the second half. City worked a four-on-three counter-attack and Brown was put through by Nombe. Brown with the goal at his mercy, blazed over. 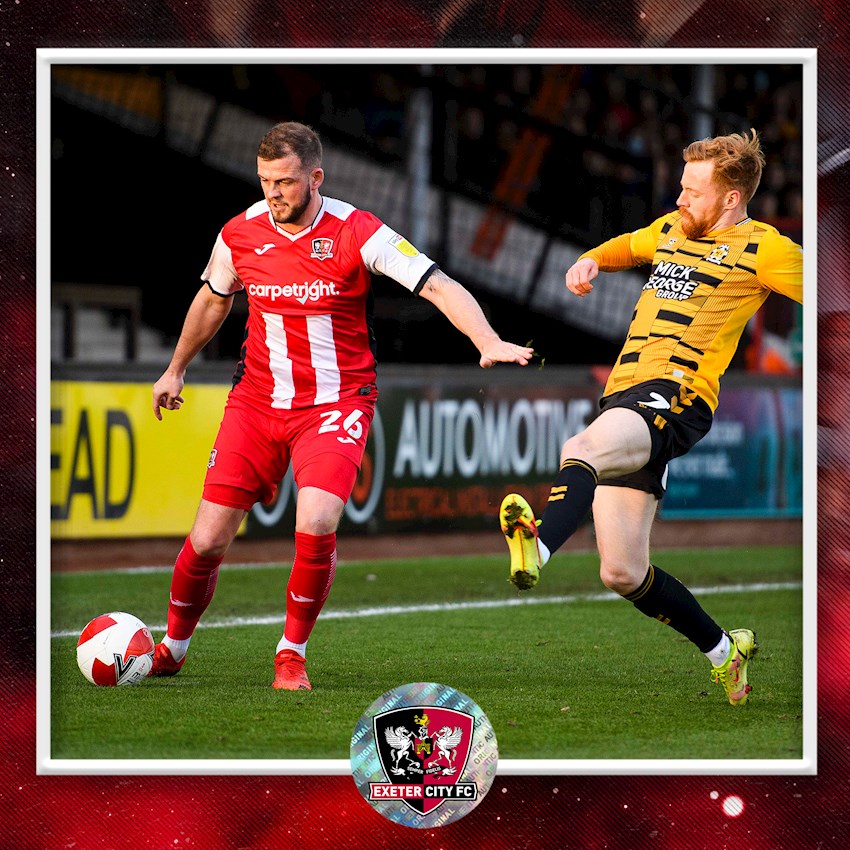 Ray rose highest at the other end to meet Pierce Sweeney’s teasing delivery just before the hour. Too high it ultimately proved to be.

Cameron Dawson had to stay on his toes to deny James Brophy. A loose ball from Grounds was intervepted by the Cambridge midfield and Brophy burst through. His first-time shot was well dealt with by the City Number 1.

Josh Coley’s first involvement was to head a Jake Caprice cross goalward. Dimitar Mitov was suitably prepared to get down to the ball.

Sam Smith had the best chance of a tough second half. Ironside played the substitute in, but Smith dragged his shot wide of the target. Conor Masterson soon hit the post as the hosts looked the more likely. 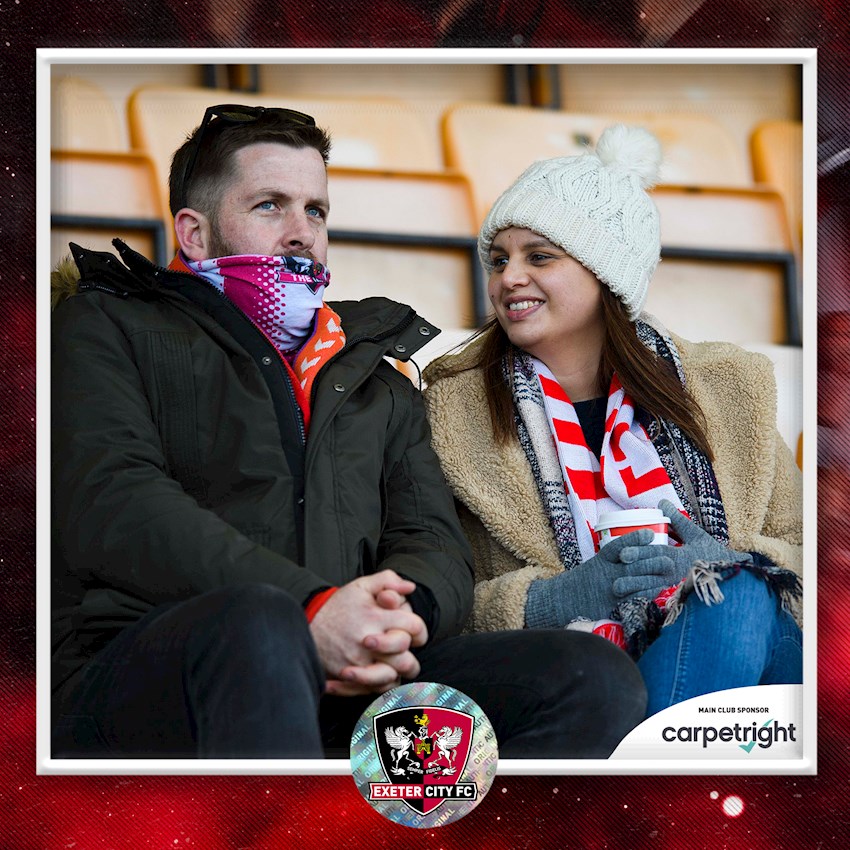 Cambridge scored a controversial second with a couple of minutes to play. Hoolahan sent a a high ball into the box. Harvey Knibbs headed home only to be stopped by the linesman. The referee overruled it so United had the late league.

The Grecians pressed for an equaliser. An almighty scramble from a corner saw an MJ header defended on the line.

In an aginising finish to the game, Mitov made a desperate save from Podge Amond as injury time descended into a frantic frenzy. Jevani Brown had the best chance seeing another effort

As City pushed for an equaliser the League One side won a penalty. Archie Collins was caught on the wrong side of the striker. Cam Dawson made a great save, though there was no time for a counter and City were knocked out.