Children who have to spend Christmas in hospital will receive special gifts thanks to Exeter City Football Club.

The club presented staff from Bramble Ward at the RD&E Hospital, Exeter, with huge bags of presents which were bought with donations totalling £1,000.

The money was donated by the players and management staff, supporters’ groups and Smyth’s Toys. The gifts were delivered to the hospital on a Stagecoach bus. 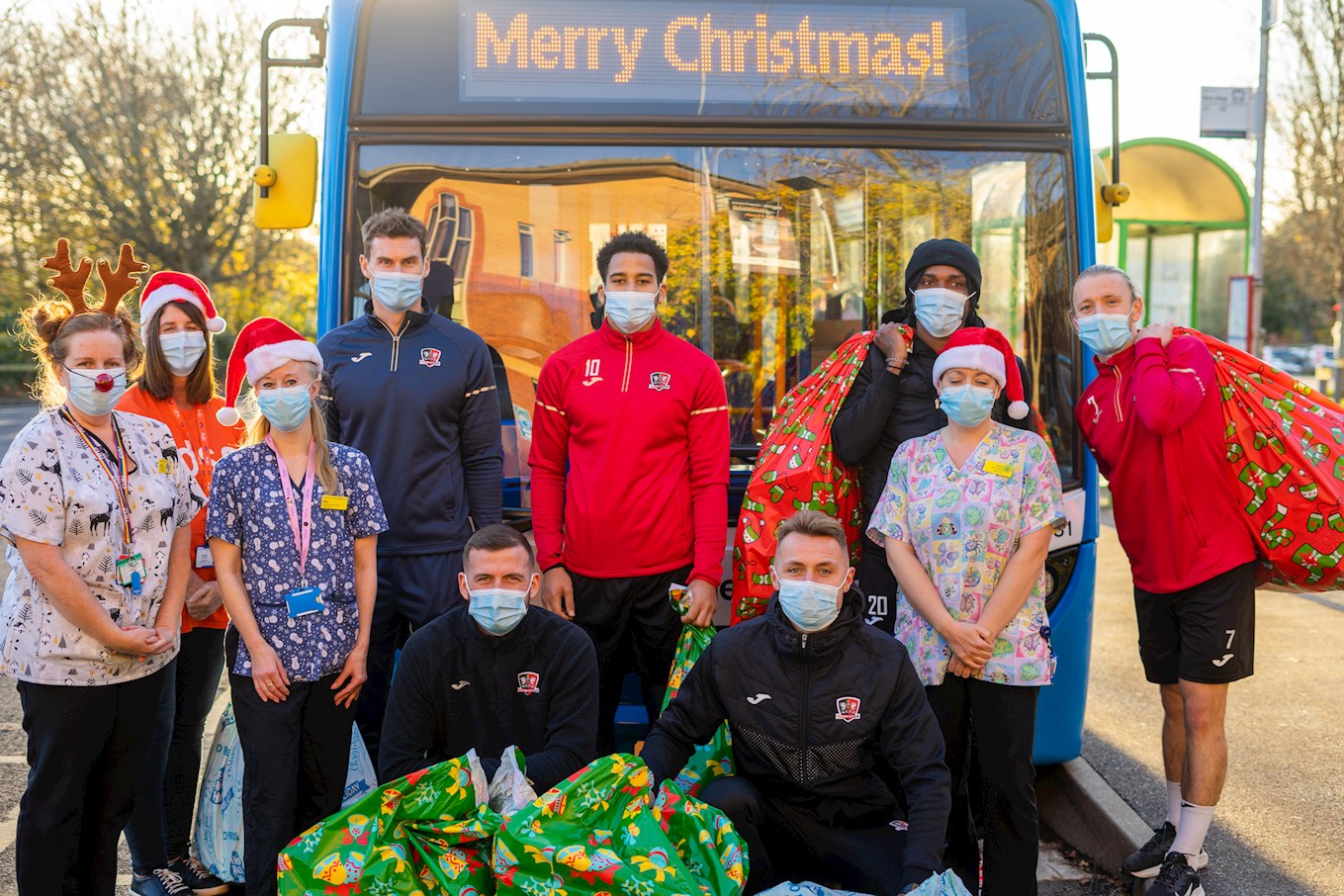 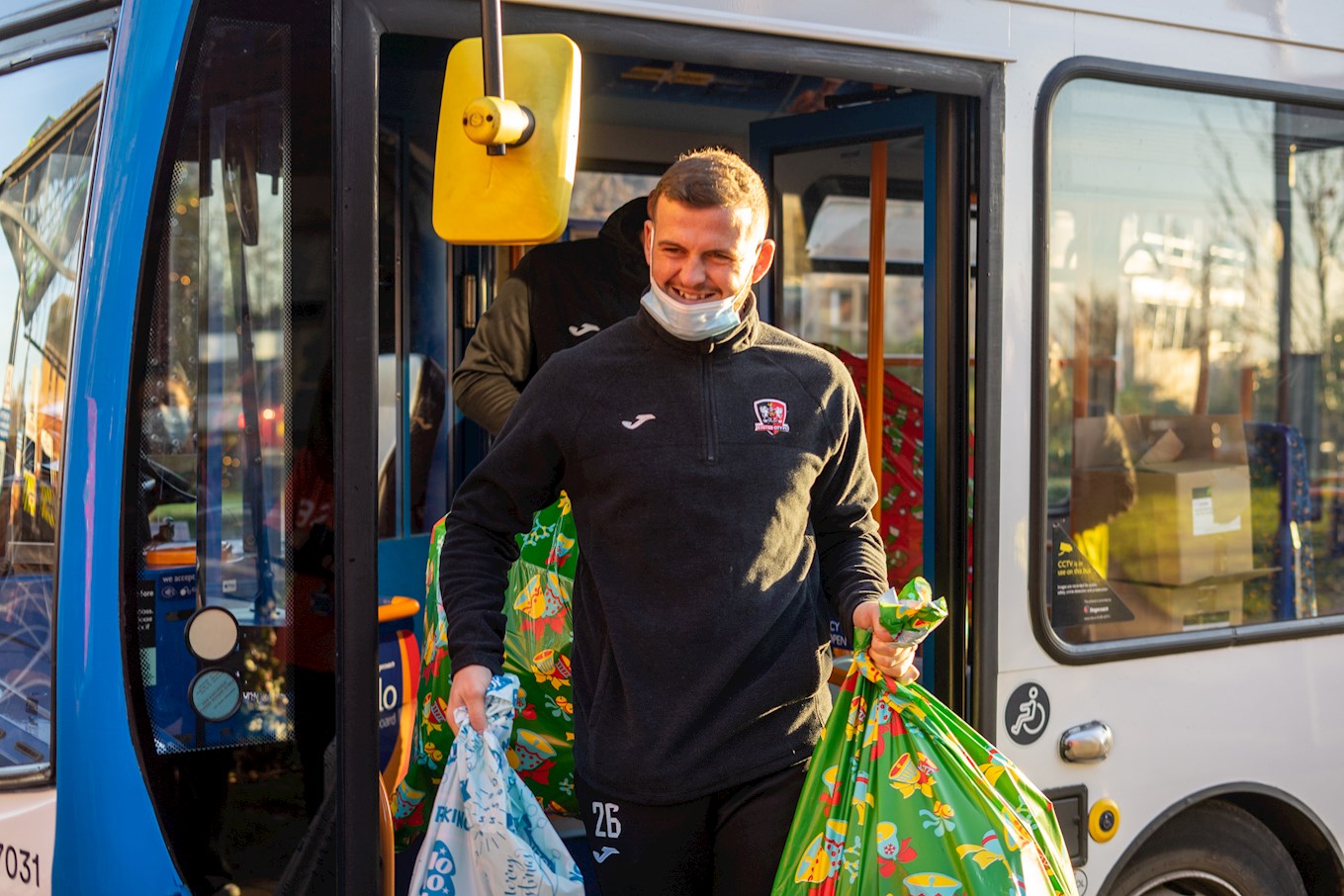 Julian Tagg, president and director of football at Exeter City Football Club, said: “We’d like to thank the players and staff, members of the Grecian supporters’ groups and Smyth’s Toys for their generosity.

“No parent or child wants to be in hospital, and particularly over the Christmas period, so if we can go some way to making that a little more bearable, we’re pleased to be able to do it.”

The supporters’ groups, who all donated £50 each, were Grecian Goal; Cans for City; ECFC Supporters' Club; North Devon Grecians and Senior Reds. 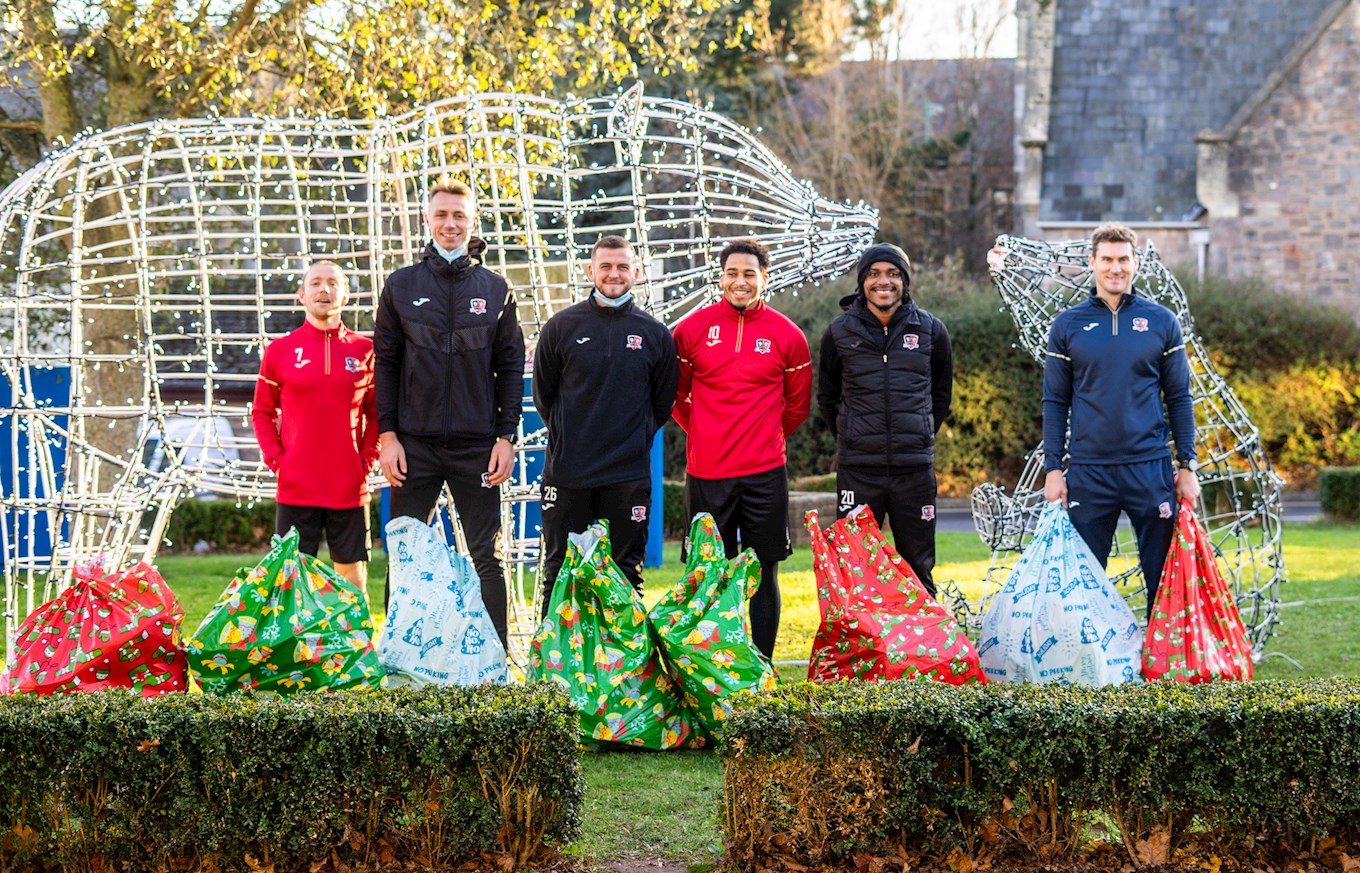 The players delivered the presents to the hospital entrance, where they also took the time to chat to staff and patients.

Ian Roome, head of fundraising at the RD&E Charity, said: “We’re really grateful to Exeter City for thinking of us again this year and for providing a number of toys and gifts for some of our youngest patients. This will really help to provide some joy to those who are staying with us over the festive period."