Ahead of the turn of 2021, Matt Jay has contemplated the senior men’s year. With City hovering about the play-offs in the latter half of last season, MJ reflects on the could and should-have-beens as the Grecians narrowly missed out on the top seven.

The skipper chats about his personal triumphs in a wonderful 12 months and looks forward to firing on all cylinders going into the second half of this season. 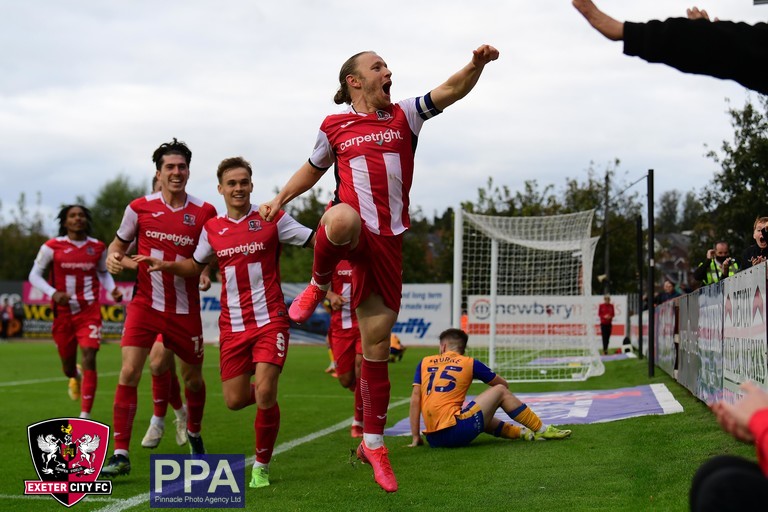 I think it’s been one to remember but also maybe one to forget as well. It’s been very surreal with everything that’s been going on. Not just football, but at home as well not being able to see family and friends- it’s a real changing world at the moment. It’s certainly a story to tell the Grandkids about this crazy, crazy time. The football has been good though. Personally, it’s been very good and collectively as a team we’ve done very well. A lot of good things have happened for the club. It shows just how well the club is run and how we’ve gone about it the right way.

If we cast our minds back to the start of the year, we began January with a mini unbeaten run, were there any feelings we could really break into the promotion places?

I think so, yeah. The way things were last year, away games didn’t feel like away games without the fans there. It always felt like a level playing field where anyone could beat anyone. There was always the hope in our minds that we could push on. We were in a pretty good place in January- where we’d like to have been.

January is always a key time with the transfer window. You can bring in some good players, but equally you can lose key players too. How did Nicky Law’s departure reshape the team, given his quality and leadership?

A lot’s been talked about Nicky. I know Matt Taylor said he was probably his best signing to date. I remember him coming in and well being far too good for League Two. His quality and experience was there to be seen. Losing someone like him was a big hit, although bizarrely it freed up his position for me- though often when we played together, we complimented each other’s games. It would have been nice for him to see out the season with us because we can look back at where we could have been, had we still had Nicky. He was a big miss. 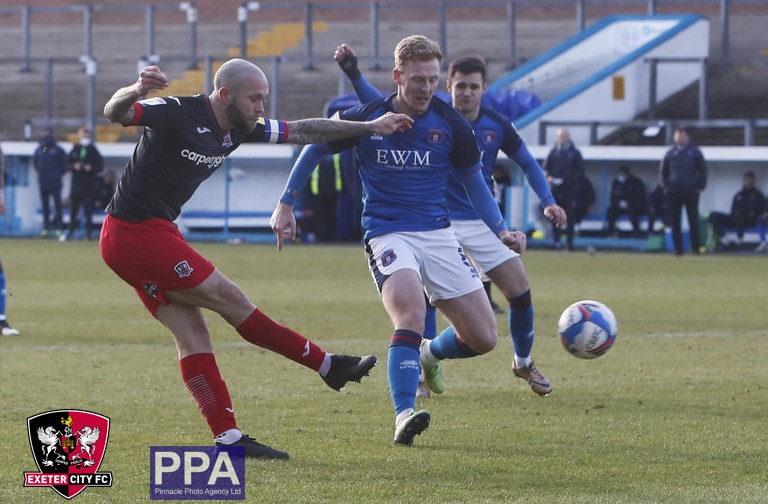 We regrouped well though and finished fairly strongly. Was there a standout game in the latter half of last season you look back on?

Tough one! Probably when we went away to Bolton, though it was late on in the season. Maybe if we’d have picked up a couple of more wins before then, then it might have had even more on it. There was so much talk about it. If they won, they were up, but we felt this was our chance to get into the play-offs- especially as the team who sneaks in at the bottom usually do well in them. But the game sticks out in my mind because we played so well that day. With Pierce’s last minute winner, the celebrations were excellent!

I must admit the celebrations in the press box were crazy as well that day. Because of that win, we took the season to the final day, that was surely the most pleasing element to that!

Certainly. We knew we had to win, but we were shaky at times in a tough game. Even if we had won, it wouldn’t have happened anyway unfortunately, but to be in it on the final day of the season was something to be proud of. Looking back, we should have reached the play-offs last year, so its rather disappointing that we couldn’t. But that’s the beauty of football, there’s always another season and we’re looking to do that this year!

For yourself though, it was almost a coming of age. So many awards, so many goals and now a captaincy to top it off!

Of course, it was a season I thoroughly enjoyed! Going into training full of confidence, it felt everything I was touching turned to gold, and that’s something I’m really thankful for. It’s always nice to be recognised by the fans, the manager, and the players. It’s a shame it had to be awarded behind closed doors as it would have been a nice moment to share with the supporters. Scoring 20 goals last season too is something I’m really pleased with. Hopefully I can replicate that form again. But it’s just a shame it just wasn’t enough to get the team over the line. 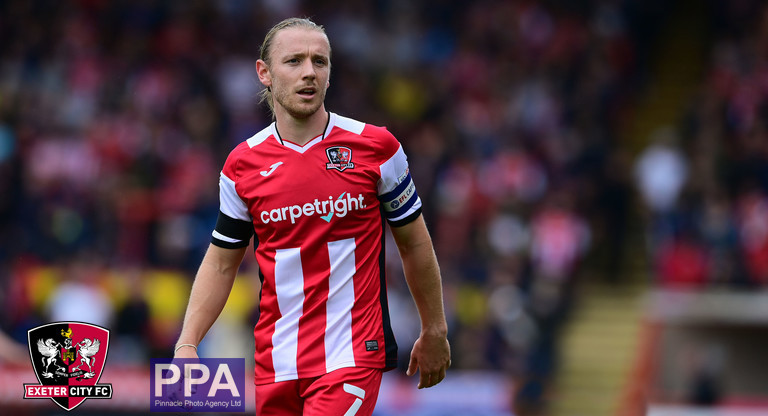 Of course, you made your full captaincy debut in front of the explosive return of fans. What was it like to lead your boyhood club out on the opening day of this season?

It was something I was desperate to do and was looking forward to it the moment I was appointed in pre-season. When I was leading the boys out I saw my family just to the side of the tunnel, that was amazing. And then seeing the Big Bank. Wow. All the fans that day were- and continue to be- amazing. It was such a nice feeling and a really proud day for me. Every time since, I still feel privileged and proud to be able to do that. What a story it would be for us to get promoted as a local lad captaining his boyhood club!

If we look back at the opening weeks of the season, it did take a while to get going but that first half against Bristol Rovers really turned the screw.

That’s fair to say. We had a lot of ins and outs transfer wise. A lot of experience had left and now you can just about count on one hand the players that have been through the journey with you to that point. So, this season really felt like a fresh start. I think we started slowly because the new players were trying to fit in and gel, but eventually it clicked. And when it did. It really did click! It was an enjoyable afternoon against Bristol Rovers. That’s some of the best football we’ve played all year and what a way to get your season going with that sort of performance.

And it really kickstarted the twenty-game unbeaten run. If we recall back to an earlier question was there another game in the run you really look back to well?

Another really good question. Perhaps beating Scunthorpe away so convincingly was good. I always remember the games I score in obviously, but we played some great football that day. The Salford game sticks out too. Unfortunately for them, they seem to be a team everyone wants to beat because of their recent history. We played very well that day and the fans were brilliant.

Watching from the stands, it feels as though our performances are much more consistent this season. Is this now one of the more rounded squads we’ve had at our disposal?

Over the years we’ve had some wonderful squads but this one seems the most ‘together’. We’ve got a great mix of guys in there of similar ages as well. In the past City have had more aging squads, but this year the age gaps between us is smaller. We’re all on the same page, all love the same things. Everyone in the changing room is a team player, no one is just fighting for themself. Matt’s recruited good people as well as good players- Jevani; Sam; Cam Dawson on loan; Tim; Kyle. All the guys who have come in have been excellent in helping the squad already here.

And 2022 gives us a chance to rest, recover, and ultimately end the season all guns blazing.

If in the summer you said where we’d be today, nine out of ten people would’ve taken that. I’m very much the same. This year is so much more competitive. Big teams, tougher atmospheres to go to and we’ve come through those games well so far. We want to win. We’re trying our best to put smiles on faces, but we need to do more on the pitch to do that. The squad are excited to see what next year brings.

And finally have you got a message to fans summing up the year that’s been and the one to come?

First, a huge thank you to everyone who’s stuck with us over 2021. It’s no secret how tough the first half of the year has been. We’re grateful how well the club has stayed afloat, where other clubs up the pyramid haven’t as well as us. That’s credit to the fans and the people of the city to keep the team going. A thank you again with everyone coming back. Our attendances this year have been right up there and it’s been brilliant to see! We’ve used your atmosphere time and time again to give us the boost. We look forward to ending the season well and we certainly need everyone at the club and everyone around St James Park to help us out again!

You can check out our chat with City Women's captain Manfy Sharpe here. MJ will be back in action on New Years Day in our first ever trip to Sutton United.